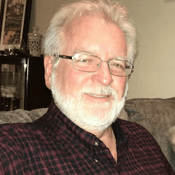 If you want articles like those you've seen to continue, I hope you will consider some support on my Patreon page: https://www.patreon.com/BeatTheEstablishment My path to writing on economics on The Great Recession Blog began as a personal journey. Back in 2007, my she-who-was-my-wife had a small family estate, which she and her brothers had been holding onto for several years because real-estate was always appreciating. I worked as a property manager at a five-star resort in Hawaii back then, and I was certain from my own observations in the industry and from my readings that the U.S. housing market was on the verge of catastrophic collapse. I recall a real-estate agent who thought I was nuts because "real-estate never falls." We were just "in a slump." I urged my wife to press her brothers to sell the family home before prices collapsed. They eventually complied and sold the home just three months before Bear-Stearns made it obvious some deep financial troubles were brewing, taking the U.S. housing market down for the tumble. Her family sold near the peak of the market. I realized, then, the value of urging people to take actions based on what I believed, even if they might not like to hear it at the time.  I watched with dismay as the Fed and government bailed out all the banksters who brought collapse upon the entire world and as George Bush said he had to give up his capitalist principles to save capitalism, when what he really meant was he had to trash the corrective side of capitalism in order to save capitalists. Crony economics. I couldn’t stop myself from writing a critical series I called “Downtime“, which lampooned the U.S. government and chided the Federal Reserve for their cronyism, ignorance and ineptitude. (Heck, Bush put the very people who created the mess in full charge with blank checks to solve the mess!) I syndicated those articles on my own to The Hudson Valley Business Journal, The Valley City Times-Record (North Dakota), The Daily Herald (Tennessee) as well as a news website in Israel and another in Australia.  I have minced no words in the many years that I have now been writing on macro economics, criticizing those who kill capitalism by refusing to let it do its work of creative destruction when bad ideas an corrupt greed fail. I am an equal-opportunity critic of central bankers, economists (who missed the whole story in 2008), financial writer who parrot whatever the Fed tells them, and especially politicians as their cerebral stem rot and corruption on both sides of the aisle deserves derision.  I have gone on to write many features for RT.com and TalkMarkets and about sixty other economic websites, including Seeking Alpha, which picks up my articles from time to time. Recently I also became managing editor of DollarCollapse.com