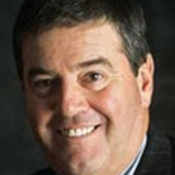 Don Dion is the CEO of Inland Management, a company focused on acquiring, subdividing, developing and marketing large tracts of land on the fringes of major metropolitan markets. Inland Management has sold land in all 48 contiguous states totaling billions of dollars. As CEO, Don is responsible for helping to maintain and enhance the firm’s strong financial position and identifying opportunities for growth.  In addition to his role at Inland Management, Don Dion is the Chief Investment Officer of DRD Investments, LLC. Based in Naples, FL. and Williamstown, MA., DRD Investments is a family office focused on managing a long/short hedge fund, real estate, venture capital and various other financial assets for the Dion family. Don also serves as the trustee of the Dion Family Foundation, which focuses on helping individuals with tuition assistance at Catholic Institutions for grammar school, high school, and college education. The foundation also helps individuals by supporting Massachusetts General Hospital. Don is on two leadership boards and advisory committees at Massachusetts General Hospital and the Home Base Program (a partnership between Mass General and the Red Sox Foundation). He consults with Saint Dominic's Academy and serves as a trustee of Saint Michael’s College. Previously, Don was the founder and CEO of Dion Money Management, a fee-based investment advisory firm for affluent individuals, families and non-profit organizations. Founded in 1996 and based in Williamstown, MA. and Naples, FL., Dion Money Management managed approximately one billion in assets for clients in 49 states and 11 countries. While at Dion Money Management, Don was responsible for setting investment policy, creating custom portfolios, and overseeing the performance of client accounts. Don sold the firm to NYC-based Focus Financial Partners (FOCS) on September 1, 2007 and no longer manages money for other families or institutions. Don remains a shareholder of Focus Financial Partners (FOCS). Don is also the retired publisher of the Fidelity Independent Adviser family of newsletters, which provided a broad range of investor commentary on the financial markets, with a specific emphasis on mutual funds and exchange-traded funds. With nearly 100 thousand subscribers in the United States and 29 other countries, Fidelity Independent Adviser published two monthly newsletters and one weekly newsletter. The flagship publication, Fidelity Independent Adviser, was published monthly for 16 years and reached over 60,000 subscribers. In 2011 Don and his daughter Carolyn co-authored the Ultimate Guide to ETFs, available on Amazon.com. Prior to founding Dion Money Management, Don co-founded Litchfield Financial Corp. (LTCH) with Summit Partners. Don served as Chairman and CEO of Litchfield, which was listed on the Nasdaq in 1992 and acquired by Textron Corp. (TXT) in 1999. Don was also the Executive Vice President, CFO and General Counsel for Patten Corporation (BGX) from 1986 to 1988, where he played a critical role in the company’s successful initial public offering on the New York Stock Exchange. From 1983 to 1985, Don was a corporate lawyer with the Boston Law Firm of Warner and Stackpole. Before joining Warner and Stackpole, Don worked as a C.P.A. for Ernst and Young from 1979 to 1983. Don graduated with honors from Saint Michael’s College in 1976 with a B.S. degree in Economics and Business Administration. He received his J.D. from the University of Maine Law School in 1979 and his LL.M. from Boston University Law School in 1982. Don can be reached at donalddion@gmail.com