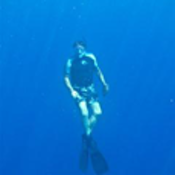 Mr. Dugger has worked in biotechnology and food production industries and with the critical resource limitations related to global food production for more than 50 years. He is a recognized expert in the economic relationships between critical resources like energy as it pertains to other critical resources such as the production and processing of fertilizer components such as NPK and their impacts on food production.Mr. Dugger was educated as a marine biologist, a graduate of Florida Atlantic University with extensive independent management training (military and AMA) during his 50+ year career he has contributed to commercial biotechnology development through research and business development, environmental impact analyses, and economic feasibility analyses. His most recent and ongoing professional activities include:- The development and integration of multi-species/multi-trophic aquaculture (ISRAS) as an effective peak resource and energy efficiency tool in the quest for being the most competitive (sustainable, economically efficient and least cost aquaculture food producer).- Serves as Marine Biotechnology Development Specialist - Grape Bay Capital and Oceanis Fund Advisory Boards.- The economic feasibility analysis of spiny lobster production technology and critical path development strategies.- Developed an economic and sustainability development pathway analysis of biofuels - particularly for algae based biofuel aquaculture based on his commercial algae production experience through most of the past 50 years.(http://seekingalpha.com/article/1475791-the-bloom-is-off-npk-produced-algae-biofuel-development).- During his career he has provided technical consulting services, technology audits, product development and testing, marketing studies, startup and project management for Fortune 500 new venture projects (Ralston Purina, Sun Oil Co., AMFAC, General Foods, Inc., International Protein, Inc.) mid-sized private companies (MRW Inc., ImmuDyne Inc., Zeigler Bros. Inc., Syndel Inc.) numerous private companies/investors, international development banks and funds (Agro-21, Jamaican National Bank, Asian Development Bank, Canadian Development Bank, Overseas Private Investment Corp. OPIC. Rockefeller Brothers Fund, Grape Bay Capital), Federal and state demonstration programs (US Army Corps. Of Engineers, City of Eastham, MA, University of FL and the FL Dept. of Ag., FL Dept. of Transportation) and his own companies. In addition, he has taught a variety of biotechnology, economic and aquaculture related courses for Harbor Branch Oceanographic Institution, American Soy Bean Association and as an invited guest speaker at energy conferences such as the 2009 AIAA (American Institute of Aeronautics and Astronautics - invitation by NASA) and at local colleges. He has written and presented technical papers to the World Aquaculture Association (WAS), research journals, trade publications and blogs. He was a Vice-President, board member of the World Aquaculture Society for 8 years as well as serving on the WAS Journals editorial and review staff. He is listed under "Collaborator and Consultants" on the NASA OMEGA (Offshore Membrane Enclosure for Growing Algae) project. Mr. Dugger services have been solicited as an expert witness by legal firms in biotechnology related cases including for the state of Florida and he has provided Congressional testimony regarding the development of the aquaculture industry in the US. He has been President and CEO of BioCepts International since 1996.