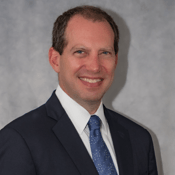 Gary Brode is the Founder of Deep Knowledge Investing, a subscription research firm that provides actionable high-alpha investment ideas and timely market commentary to sophisticated investors. Gary Brode has spent nearly 30 years in the securities industry. Most recently, he was Managing Partner and Senior Portfolio manager for Silver Arrow Investment Management, a concentrated long-only hedge fund with options-based hedging. Over 8 years, Silver Arrow outperformed the S&P 500 by nearly 100% while providing superior downside-protection. Mr. Brode started his career in the M&A department of Morgan Stanley. Thereafter, he worked for Doug Hirsch for 4 years, first at Smith New Court, and was asked by Doug to join him in starting Seneca Capital. He spent 3 years doing long/short equity investing at Brahman Capital, and then moved to John Levin & Co. where he had investment discretion and made the firm money in all 15 investments made. Mr. Brode was a founding partner of Akita Capital Management. He started Silver Arrow with Raji Khabbaz in January, 2012. He has been featured on CNBC's Squawk Box and Bloomberg West Television. He's also been featured in the Wall Street Journal, Barron's, Abnormal Returns, Benzinga, and in Whitney Tilson's Value Investing Letter. He's been a speaker at an Institutional Investor conference, and was a guest lecturer at the United States Military Academy at West Point on the topic of Signal Interpretation. Mr. Brode is the author of TV is Next; a book published in 2012 on the coming decline of the television and cable network business.