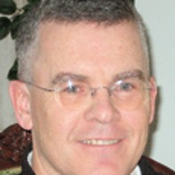 Larry Doyle embarked on his Wall Street career in 1983 as a mortgage-backed securities trader for The First Boston Corporation. Larry was involved in the growth and development of the secondary mortgage market from its near infancy. After close to 7 years at First Boston, Larry joined Bear Stearns in early 1990 as a mortgage trader. In 1993, Larry was named a Senior Managing Director at the firm. He left Bear to join Union Bank of Switzerland in late 1996 as Head of Mortgage Trading. In 1998, after 15 years of trading and precipitated by Swiss Bank’s takeover of UBS, Larry moved from trading to sales as a senior salesperson at Bank of America. His move into sales led him to the role as National Sales Manager for Securitized Products at JP Morgan Chase in 2000. He was integrally involved in developing the department, hiring 40 salespeople, and generating $300 million in sales revenue. He left JP Morgan in 2006. Throughout his career, Larry eagerly engaged clients and colleagues. He has mentored dozens of junior colleagues, recruited at a number of colleges and universities, and interviewed hundreds. He has also had extensive public speaking experience. Additionally, Larry served as Chair of the Mortgage Trading Committee for the Public Securities Association (PSA) in the mid-90s. While engaged in private enterprise, and in light of the turmoil in the economy, markets, and world of global finance, Larry was invited by the folks at NoQuarterUSA to write on these topics. As a contributing writer at NoQuarter, Larry realized the scale provided by the internet allowed him to leverage his experience and insights from Wall Street to a much broader audience. In so doing, Larry was able to meld his professional experience with his personal interests to provide a service and product which he believes is in short supply and great demand. To that end, welcome to Sense on Cents. Sense on Cents looks to deliver an understanding of the economy, markets, and global finance to a wide audience. From people who have little to no understanding of these topics to Wall Street veterans and graduate level professors, Larry looks to deliver insights and perspectives from an individual who has honed market based instincts for the last 25 years. Additionally, Sense on Cents looks to scale Larry’s mentoring, interviewing, and recruiting experiences during his career. Larry is a contributing author at the widely read Seeking Alpha and also a contributing author at Wall Street Pit, a financial website with authors from leading global universities, central banks and private enterprise. He has appeared on Fox Business News and Al Jazeera English. Larry has been quoted by Bloomberg. His work has been featured in the New York Post, Chicago Sun-Times, and the financial magazine Waters. Larry graduated Cum Laude Phi Beta Kappa from the College of the Holy Cross in 1983. While at Holy Cross, Larry spent a semester in Freiburg, West Germany studying the European Economic Community. Away from Wall Street, Larry has given freely of his time to help students from middle school to graduate school. He has been heavily involved in church and town activities dedicated to youth. He chaired the Holy Cross Leadership Council of New York which raises funds for Holy Cross student internships and financial aid. He founded and now chairs the Holy Cross Gridiron Leadership Council to support the Crusader football program. Additionally, he has regularly taught a class on the capital markets in a summer business program. Larry has been happily married for 22 years. He and his wife have 4 children.