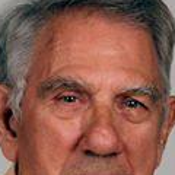 Lutz is an acknowledged expert on the toy space. His clients include one of the top three U.S. banks and one of the top three non-public toy companies worldwide. Between 1984 and 2002, Lutz was the CEO at five different manufacturing companies catering to U.S. and international mass retailers. He's lived on five continents and speaks six languages. He started his business intelligence consulting practice in 2003 and he derives his information from three primary sources. The first is his proprietary retailer panel, which includes Wal-Mart, Target, J C Penney, Kohl's, Gamestop, Dollar General, Barnes + Noble and Learning Express. This panel provides him with sell-through data, shelf space changes, inventory levels and other pertinent metrics governing the major companies and products active in the two industry categories. The second is national buyers at 30 leading retailers in 17 large country markets. These provide color on trends and issues that have a bearing on the major manufacturers and products in the two industry categories. The last is mainly Chinese third-party manufacturers who provide insights into supply and inventory issues affecting the major companies or products in the two industry categories. Lutz consults with banks and hedge funds, and hence does not trade in any stocks associated with companies active in the spaces he focuses on. Lutz also is a monthly contributor to Seeking Alpha. He also publishes a monthly Toy Newsletter, which can be found on his website, www.klosterstrading.com.