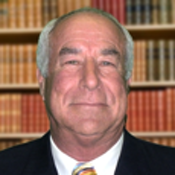 Michael James McDonald is a stock market forecaster, author and former Senior Vice President of Investments at what is now Morgan Stanley. He is a long-term advocate of the theory of contrary opinion and the measurement of investor sentiment when forecasting price direction. His first book, " A Strategic Guide to the Coming Roller Coaster Market" was published in June of 2000, three months before the top of the dot comm market. On its cover was written, "How a new model of the stock market predicts the end of the 18-year bull market (1982-2000) and the beginning of a new era." The "new era" was to be a long-term (roller coaster) trading range market, which did materialize between 2000 and 2009. Then, on August 31st, 2010, in a SA article titled: "The 10 Year Trading Range Is Over - The 'Final Stampede' Has Begun", he called an end to this trading range market and the beginning of another long-term bull market, which also came about. Through his company the Sentiment King, he continues to study and do what he loves - research and attempt to successfully forecast major stock trends - and help others see them too.