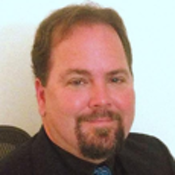 Richard J. Prati, a seasoned business executive, investor, entrepreneur, philanthropist, and hands-on turnaround specialist, serves as CEO of Prati Management, a Family Office since 2012 and has served on numerous boards over the past decade. Prior to managing his own account, he was Chief Executive Officer of Life Care Medical Devices from 2013 until 2016. Richard has 25 years of proven financial leadership and operational execution in investment banking, institutional equity sales, and professional investment management. As a Principal at several notable Wall Street investment firms, Mr. Prati has a strong history of exceptional value creation and a successful track record of transformational, business turnaround expertise including sourcing and executing transactions, accessing the public and private markets and catalyzing sizable revenue growth production. He has guided a wide range of emerging and established public and private entities in industries ranging from healthcare, biotech, medical devices, conglomerates, retail, industrials, information technology and semiconductors companies. Mr. Prati Co-Founded, a young medical technology start-up, Singular Medical Technologies, Inc., and served as Chairman until February 2019. Singular addresses in a unique and innovative way the global problem of PACS incompatibility and hospital consolidation. Mr. Prati is a board member and early-stage investor of the privately-held KNOW-BIO in Raleigh, NC. In 2002 Mr. Prati was one of two co-founders of American Technology Research (AmTech), an independent research broker/dealer and negotiated the $35 million sale of AmTech to Broadpoint in 2008. He then served as President and Vice Chairman of the equities division of Gleacher and Company (GLCH, which merged with Broadpoint AmTech shortly after the acquisition of AmTech). In 2010, Mr. Prati accepted the position Senior Managing Director of Equities at Sterne Agee, a large regional brokerage firm that was recently acquired by Stifel Nicolaus. Prior to founding AmTech, Mr. Prati was a Senior Partner at SoundView Technology Group, ran the west coast and launched the Denver office as well as establishing firm records as the top revenue producer his final three years. Richard served as an Executive Director at SG Warburg (UBS) in institutional equity sales, after embarking on his successful Wall Street career as an investment banker at Dean Witter Reynolds (acquired by Morgan Stanley). He earned his MBA from the William E. Simon Graduate School of Business Administration at the University of Rochester and his B.S in Economics from Vanderbilt University.