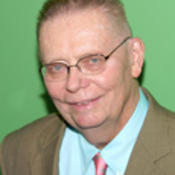 I am the Founder & CEO at Global Market Consultants, Ltd. I consider myself as a Financial Engineer with an engineering degree from Georgia Tech and a Master of Science degree from Brooklyn Poly. In 1972 I began my career in the financial services industry trading U.S. Treasury securities in the primary dealer community. I became the first long bond trader for Bache in 1978, and formed the Government Bond Department at LF Rothschild in 1981, helping establish that firm as a primary dealer in 1986. This experience gave me the insights to be an expert on monetary policy, which I feature in my newsletters, and market commentary. I formed Global Market Consultants Ltd at the end of 1988 and expanded on my analysis to include proprietary analytics. While operating Global Market Consultants I was the U.S. Treasury Strategist at Smith Barney 1991 through 1995, was Chief Financial Strategist at William R. Hough in St. Petersburg, Florida 1997 through 1999, and was Chief Market Strategist at Joseph Stevens 1999 into 2008. I began covering U.S. equities in 1997 and began to use ValuEngine as my stock screening tool in 2002 before joining them as Chief Market Strategist between September 2008 and November 2014. I was the Chief Market Strategist at Niagara International Capital Limited between December 2009 and December 2014. In 2005 through 2007 I wrote columns on RealMoney.com and authored TheStreet.com Technology Report. My unique coverage called for the housing bubble to pop in 2005 and for regional banks to collapse in 2006 and early-2007. This is when my proprietary analytics became known as value levels at which to buy on weakness and risky levels at which to sell on strength. I became an Expert Contributor for TheStreet.com in April 2012 and currently write one or two stories a day covering subjects such as: The housing market, community and regional banks, momentum stocks, earnings profiles both before companies report quarterly results and provide scorecards after reporting results. Many of my stories we include moving averages, momentum readings, analysts’ earnings estimates, and value levels and risky levels. Over the years I made frequent appearances on financial TV beginning in 1993 on CNBC covering the U.S. Treasury auctions and as a substitute for John Murphy on his segment called ‘Tech Talk’. I also occasionally appeared on CNN and Bloomberg. On almost every holiday I appeared for an hour covering stocks on a call-in / email-the-expert ‘Talking Stocks’ show on CNNfn. In 2002 I had my own show on Yahoo Finance TV called, ‘Traders’ Club with Richard Suttmeier’. When Fox Business began in late-2007 I was a frequent guest on ‘Money for Breakfast’. I also made appearances on Reuters TV, Yahoo Finance Breakout and BNN in Toronto. In recent years I shifted my focus to making presentations to various investor groups such as: MBA students at the University of Florida and South Florida, The American Association of Individual Investors, Wells Fargo Advisors, The Executive Form at the National Arts Club in NYC, Investors Roundtable of Wilmington NC, The Market Technicians Association, The Information Management Network when they cover Florida Banks in Ft Lauderdale, and the University of Tampa Investment Club. I was president of the Society for the Investigation of Recurring Events in NYC from 2000 into 2009. My background began on Long Island, New York. I graduated from Bay Shore High School in 1962, and was a member of the Honor Society, Golf Team, Math Team and Band. I graduated from Georgia Tech in Atlanta with a Bachelor of Industrial Engineering Degree in 1966, and was a member of Chi Phi Fraternity, the freshmen Golf Team, and was the captain of the Bowling team. I won the South East Regional Bowling Tournament in 1964 and won the National Intercollegiate Bowling Championship in the Doubles Event that same year. I graduated from Brooklyn Poly in 1970 with a Master of Science in Operations Research, Systems Analysis. My first job out of Georgia Tech was with Grumman Aerospace on Long Island 1966 through 1970 with project assignments on the Lunar Module and F-14 Tomcat Fighter Jet contract proposal. I was with Bank of New York in 1971, as the Senior Systems Analyst for computer applications for the Bank’s International Division. When I shifted my to Wall Street In 1972 I became a U.S. Government securities trader at Briggs Schaedle, a primary dealer where my father was Vice Chairman and my brother was Sales Manager. In 1977 I joined Loab Rhodes as a U.S. Treasury trader. Then my career advanced as noted above. I have been married to Linda since June 1969 and we are the parents of Stephen and Jason Suttmeier. Stephen has been married to Jennifer since 2004 and we have a granddaughter Emily and a grandson Robert. We have been living in Land O’ Lakes, Florida with Jason and his partner James since June 2009.