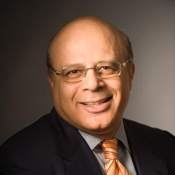 S.A. Ibrahim is a seasoned executive with almost 40 years of leadership experience in the fintech sector. He was most recently the CEO of Radian Group (NYSE: RDN), a credit enhancement company that offers mortgage insurance, financial guaranty insurance for public finance, asset-backed and structured finance transactions, reinsurance and other financial services. During his 12 years at Radian, he led the team through a remarkable turnaround after the 2008 financial downturn that threatened the company’s $150 billion in global credit. In 2015, S.A. was named one of the “10 Best CEOs of Mid-Cap Companies” by ExecRank and TheStreet. He closed his tenure following the industry-leading company’s most successful year to date in 2016 and was also honored for outstanding senior executive diversity with the Mortgage Bankers’ Association’s Diversity & Inclusion Award. Prior to Radian, S.A. served as CEO of GreenPoint Mortgage through a period of immense growth, taking the company from 500 to more than 5,000 employees and $6B to $60B in volume in only six years. He also held a range of marketing, sales, financial, risk-management and senior executive positions at major institutions such as General Electric, Bank of America, Wells Fargo, JP Morgan-Chase and American Express after receiving his MBA from The Wharton School at University of Pennsylvania. Currently, S.A. works as an advisor and angel investor focused on socially-responsible startups. As an advocate of diversity, inclusion and interfaith relations, S.A. is active in several educational, religious and policy related non-profit organizations such as the Anti-Defamation League, the Middle East Institute, the Foreign Policy Research Institute, the American-Jewish Committee, and the Muslim-Jewish Council. In 2004, he started the Nina and S.A. Ibrahim Foundation with his wife to promote interfaith relations and religious tolerance through student travel and exchange.