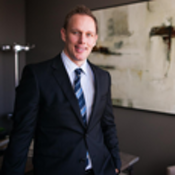 Tim Travis is a veteran deep value investor and money manager. Travis has extensive experience in traditional investments such as stocks and bonds, in addition to having a unique methodology of combining options and distressed investing with value investing to generate income, reduce risk, and to add an element of timing. Currently Tim Travis is the founder, Chief Executive Officer, and Chief Investment Officer of T&T Capital Management. T&T Capital Management is a Coto de Caza, California based Registered Investment Advisor that manages accounts for both individual and institutional investors. Travis was born in Laguna Beach, California and became captivated with the value investment philosophy in his early teens through reading books written by Benjamin Graham, and the shareholder letters from Berkshire Hathaway, and the Buffett Partnership L.P. Tim Travis became intrigued by the notion that stocks aren’t just pieces of paper but instead are fractional shares of a business that can be analyzed by comprehensive analysis of the balance sheet, income statement, and statement of cash flows. He majored in Business and Economics at the University of California Santa Barbara, graduating in 2004, and he also had the privilege of studying international economics at the University of Richmond in Florence, Italy. Tim Travis got his feet wet in finance working for both Scottrade and AG Edwards & Sons during his college career. Upon graduation Travis worked at the Vanguard Group in Scottsdale, Arizona. It was there that he learned that most mutual funds underperform their respective indexes, and he became disappointed at the overwhelming diversification in most mutual funds, that really makes most of them function as “closet” index funds. After leaving the Vanguard Group, Travis worked for a small futures and commodities firm in Mission Viejo, California. It was there that Tim developed an adept knowledge of options, particularly the selling of options to take advantage of the higher probabilities involved. It was also during this time in his life that Travis began reading everything he could possibly find on value investing. Some of his role models in the field are Warren Buffett, Martin Whitman, Bruce Berkowitz, Seth Klarman, Peter Lynch, Glenn Greenberg, etc. After working with clients from around the world Travis broke away and started T&T Investment Management L.L.C. At T&T, Travis refined his unique methodology combining value investing, with the selling of options to generate income and reduce risk. T&T experienced explosive growth by partnering with a local commodities firm. After several years Tim Travis realized that without controlling the majority of the company any longer, he didn’t have full control over the company’s strategic direction. Divergent business principles caused Tim Travis to break away and form T&T Capital Management. At TTCM which Tim Travis is the sole owner, he is allowed to offer only the best products and services, at a reasonable price, without conflicts of interest. T&T Capital Management’s goal is build wealth for both individual and institutional investors, and to accomplish these goals Travis as Chief Investment Officer employs his deep value investing techniques. Each account is managed on a day to day, personal basis, and there are no cookie cutter portfolios defined only by one’s age and risk tolerance. Every security is researched and hand selected by Travis and his research team. T&T Capital Management takes pride in first class customer service and research which is regularly communicated to clients for education purposes.