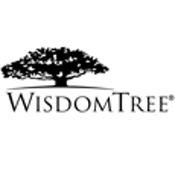 WisdomTree launched its first ETFs in June of 2006, and is currently the industry's fifth largest ETF provider. The WisdomTree Seeking Alpha profile will feature content by some of our leading analysts including: Luciano Siracusano: Luciano Siracusano is WisdomTree's Chief Investment Strategist and Head of Sales. He is the co-creator with CEO Jonathan Steinberg of WisdomTree's patented Indexing methodology and has led the firm's sales force since 2008. Luciano is a regular guest on CNBC and FOX Business, and speaks frequently on ETFs, indexing and global financial markets. A former equity analyst at ValueLine, Luciano began his career as a speechwriter for former New York Governor Mario Cuomo and HUD Secretary Henry Cisneros. He graduated from Columbia University with a B.A. in Political Science in 1987. Jeremy Schwartz: As WisdomTree’s Director of Research, Jeremy Schwartz offers timely ideas and timeless wisdom on a bi-monthly basis. Prior to joining WisdomTree, Jeremy was Professor Jeremy Siegel's head research assistant and helped with the research and writing of Stocks for the Long Run and The Future for Investors. He is also the co-author of the Financial Analysts Journal paper “What Happened to the Original Stocks in the S&P 500?” and the Wall Street Journal article “The Great American Bond Bubble.” Christopher Gannatti: Christopher Gannatti began at WisdomTree as a Research Analyst in December 2010, working directly with Jeremy Schwartz, CFA®, Director of Research. He is involved in creating and communicating WisdomTree’s thoughts on the markets, as well as analyzing existing strategies and developing new approaches. Christopher came to WisdomTree from Lord Abbett, where he worked for four and a half years as a Regional Consultant. Rick Harper: Rick Harper serves as the Head of Fixed Income and Currency for WisdomTree Asset Management, where he oversees fixed income and currency products developed through our collaborations with the BNY Mellon Corporation and Western Asset Management. Rick has over 19 years investment experience in strategy and portfolio management positions at prominent investment firms. Prior to joining WisdomTree in 2007, Rick held senior level strategist roles with RBC Dain Rauscher, Bank One Capital Markets, ETF Advisors, and Nuveen Investments. Bradley Krom: Bradley Krom joined WisdomTree as a member of the Fixed Income and Currency team in December 2010. He is involved in creating and communicating WisdomTree’s thoughts on currency and fixed income markets, as well as analyzing existing and new fund strategies. Prior to joining WisdomTree, Bradley served as a senior trader on a proprietary trading desk at TransMarket Group. Tripp Zimmerman, Research Analyst Tripp Zimmerman began at WisdomTree as a Research Analyst in February 2013. He is involved in creating and communicating WisdomTree’s thoughts on the markets, as well as analyzing existing strategies and developing new approaches. Prior to joining WisdomTree, Tripp worked for TD Ameritrade as a fixed income specialist. Tripp also worked for Wells Fargo Advisors, TIAA-CREF and Evergreen Investments in various investment related roles. Tripp graduated from The University of North Carolina at Chapel Hill with a dual degree in Economics and Philosophy. Tripp is a holder of the Chartered Financial Analyst designation. Jonathan Steinberg, CEO Prior to establishing WisdomTree, Jonathan founded, and served as Chairman and CEO of Individual Investor Group, Inc. From 1998 to 2004, he held the role of Editor-in-Chief of Individual Investor and Ticker magazines. Before his entrepreneurial accomplishments, Jonathan was an Analyst in the Mergers & Acquisitions division at Bear Stearns & Co. He attended The Wharton School at the University of Pennsylvania and is the author of Midas Investing, published by Random House in 1996. Zach Hascoe, Capital Markets Zach Hascoe began at WisdomTree in August 2010, and works directly with David Abner, Head of Capital Markets. The Capital Markets group is involved in all aspects of the WisdomTree ETFs including product development, helping to seed and bring new products to market, as well as trading strategies and best execution strategies for the client base. Zach works closely with the trading and liquidity community and does analytics on ETF baskets and the capital markets. He is a frequent contributor to the WisdomTree blog on topics related to the capital markets, liquidity, structure and best execution. In addition, he manages the hedge fund relationships for the firm. Zach received a B.A. from Bucknell University and was Captain of the Bucknell Tennis Team.