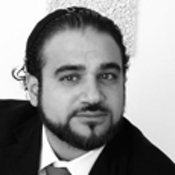 Yaron “Ron” Reuven is the President & Chief Investment Officer of Reuven Capital Investments, LP. His expertise is in business valuations, financial model & theory analysis, and financial industry compliance. Throughout his 15 year career, Ron has been a valuable asset to many business owners and executives by managing their investments as well as advising them on countless business matters. Ron began his American dream at the age of 10 when his family emigrated from Israel to the United States. He became involved in business early on and has been exposed to a variety of industries and business models. This eclectic experience has cemented his distinctive investment and business philosophy. Establishing a FINRA MEMBER BROKER/DEALER when he was just 26 years old made Mr. Reuven one of the youngest individuals to ever independently open a FINRA member firm. Ron’s contrarian point of view and broad range of management, financial, and investment experience offers a unique value to the firm’s clients. Yaron “Ron” Reuven began his career in the financial services industry at a New York City branch of First Union in 1999. There he began developing his own due diligence process and investment philosophy. By mid 2001, he was recruited by Raymond James Financial (NYSE:RJF), one of the largest financial services firms in the United States. At Raymond James, he began to implement his own concentrated investment philosophy and built strong relationships with his clients. Throughout one of the most difficult environments in market history Ron successfully became the third largest producing broker in the United States for Raymond James in August 2003. Subsequently in an effort to expand the services and products he was able to offer his clients, Ron started a Wall Street office with another national independent broker/dealer based in Florida. He quickly became the firm’s largest producing broker and branch. In order to truly accomplish his long term goals, he realized that he and his team needed to be completely independent. In November 2006 REUVEN ENTERPRISES SECURITIES DIVISION (RESD) A FINRA/SIPC MEMBER FIRM AND MSRB LICENSED DEALER was founded. This was a massive undertaking which allowed Ron to truly implement his long term investment philosophy, and ultimately launch his hedge fund. In 2009 REUVEN CAPITAL INVESTMENTS, LP FUND (RCI) was launched. RCI is a long/short equity fund with a selectively concentrated portfolio. Ron’s ultimate goal for RCI is to have shareholder representation on the board of some of the companies the fund invests in. Mr. Reuven is a NFL PLAYERS ASSOCIATION REGISTERED PLAYER FINANCIAL ADVISOR, and is involved with multiple charitable organizations, philanthropic work and public speaking. His unique philosophy, track record, and incisive financial commentary have been featured by Bloomberg, CNBC, NDTV, SNN WIRE, MANN, CNN, and GotGame. MR. YARON “RON” REUVEN HOLDS THE FOLLOWING LICENSES: Registered Options Principal (Series 4) General Securities Representative (Series 7), General Securities Principal (Series 24), Municipal Securities Principal (Series 53), Uniform Securities Agent State Law (Series 63), Investment Banking Representative (Series 79) Licensed Operations Professional (Series 99) Licensed Life Insurance Agent and Registered Financial Planner RFP® and CEO of Member FINRA Broker Dealer.