Financial analyst-writer for over 7+ years, featured in financial publications including The Street, Motley Fool and Seeking Alpha. Completed his Bachelor in Business Administration (Finance) with GPA 3.0, completed his LLB (law degree) from one of the premier universities in India. Specializes in analyzing company stocks for the 'long' position, especially in the banking, finance, real estate and technology sector.
The Great Depression gripped USA in shock and fear by the end of 1920s, and continued until the World War II in 1939. It was one of the worst financial periods that Americans had to go through, and we still remember those days with much apprehension.

The Great Depression toppled the US Government (also attributed to Herbert Hoover's incompetency). It led to new statutes (refer to the New Deal). It radically changed and strongly influenced the spending mindset of the Americans lasting till the 1980s. It was scary, it was disastrous and it was long-lasting!
But what about the Great Recession of 2007-2010? Though it is still too soon to make any conclusion, early indicators show that we unfortunately haven't learned much from the last recession. If we look at the graph below, we would understand that since the end of recession, the expenditure is still riding over the income. 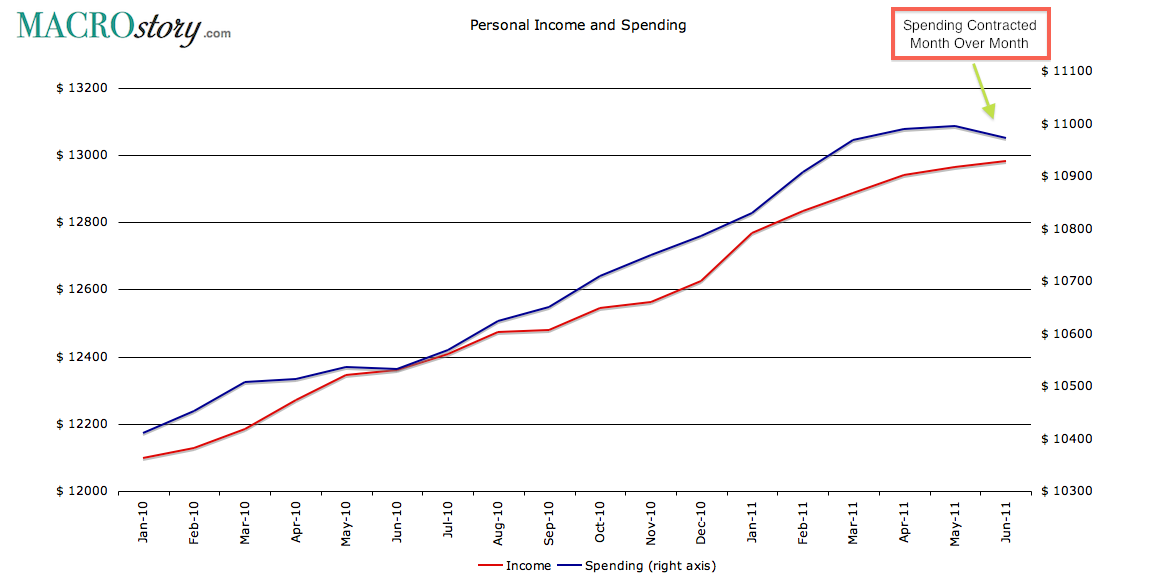 Much to my amazement and disappointment, Americans are again proving themselves to be "typical" Americans, clumsy at saving and expert at borrowing, with the household savings rate ratcheting down to the pre-recession levels of 3.5%. 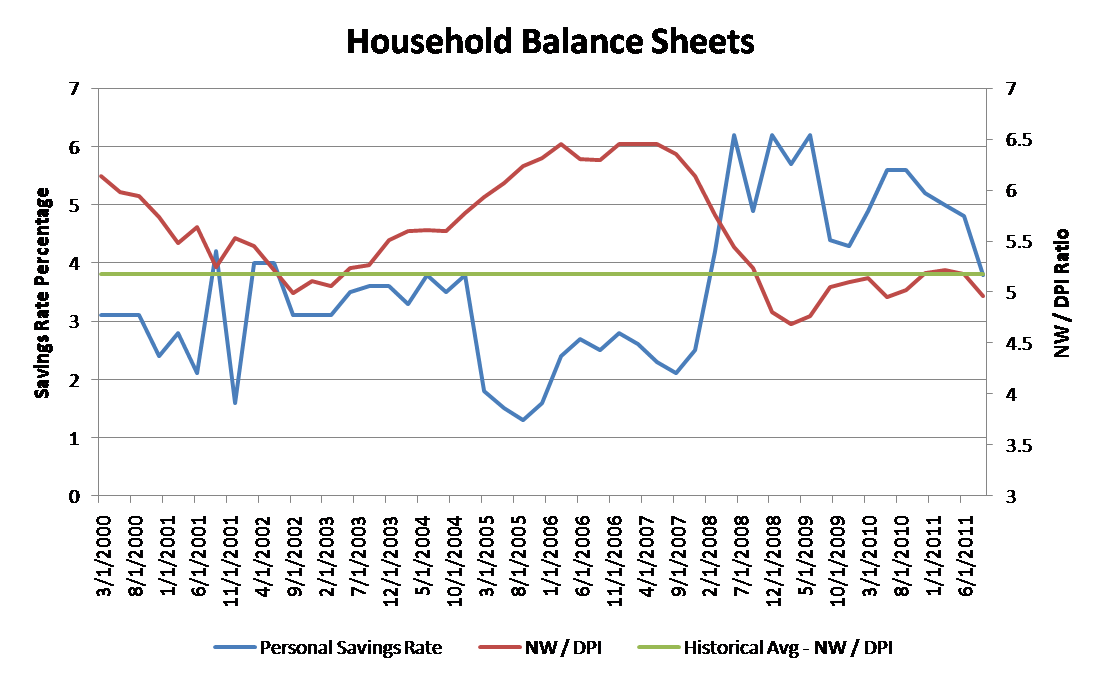 Wasn't the daily news on personal and government debt enough?
In fact, although the credit card delinquency rate has gone down since the fourth quarter of 2009, the charge-offs showed increment in the last quarter of 2011. 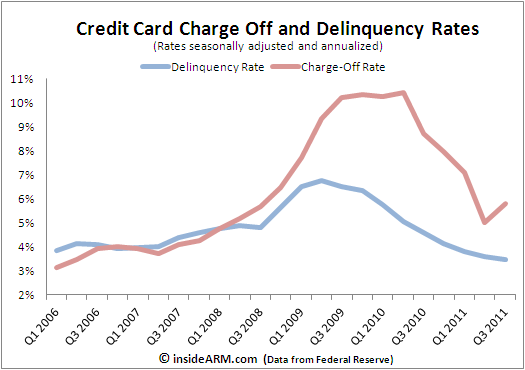 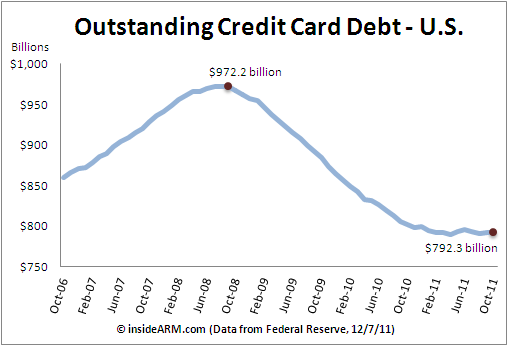 But around $180 billion was written off as bad debts during that period. So, people are stowing up new debt, and it seems the credit card companies are not that good either in debt collection. Are the credit card companies being too lenient generating loans and clumsy at collecting them back? If so is the case, then we are headed towards another recession I fear. But commentators believe that a double-dip recession resides in the remote possibility. Hope they are right in their calculations!
Your question might be, where's the money from the debt going into? Ah! Good question there. Borrowers are putting the money into real estate, which recorded a total mortgage debt of $13.5 trillion. A recent Fannie Mae survey manifested that with ultra-easy mortgage interest payment terms and non-existing down payments, mortgage applications are again on the rise. Even in the graph below, the mortgage applications seem to be shooting up once again. 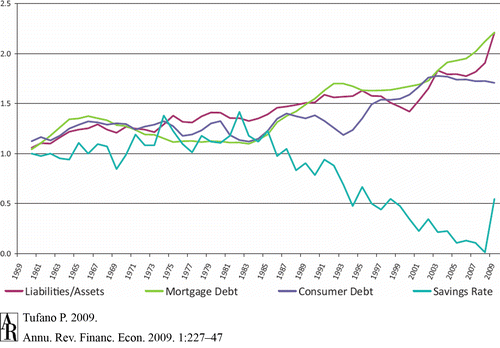 People still think that buying a house is the ultimate asset acquisition. Are we looking at another housing bubble in the coming few years? Remember, US was actually recovering during 1935-1937 period but fell into a second depression following that. We are on unstable ground and higher jumps we make, higher the chance of it crashing down.
In fact, some sort of psychological view of American exceptionalism is working here. People are ever optimistic of coming out of any hole that they might fall into, even if it is tackling national debt of $15.1 trillion and an unemployment rate hovering well above 9%. And even on a general basis, personal debt and subsequent bankruptcy have gone up since the 1930s, when the bankruptcy options were made much easier than it was before. With the establishment of the Bankruptcy Reform Act in 1978, the number of bankruptcy filings literally shot up through the roof. 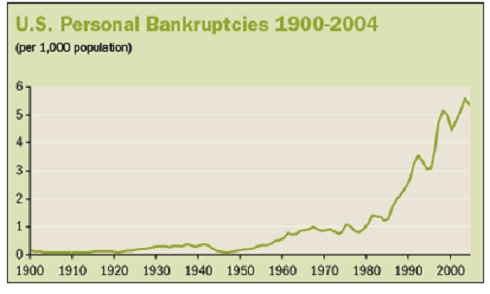 To sum it up, things haven't much changed since the Great Recession, and the very reason why the US economy is struggling now has still not been controlled and suppressed. If this goes on, I am sorry to say the Doom's Day is near.