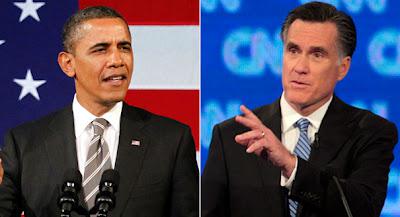 Obama or Romney . . . Does It Really Matter? By Profits Run

This is about the upcoming election, the presidential election, and which party or which candidate will be the best for the stock market. Or another way to say it, what will happen to the stock market if Obama or Romney is elected come November? And I'll tell you right off the bat that my view is because of factors external or unrelated to the election per se, I believe that the stock market has a high probability of peaking out right around the election time and then falling fairly hard from there well into 2013.

Reducing the Size of Government and Debt

Now longer term, who wins the election will have a dramatic impact on the stock market, but depending on what they do. For me it's not so much who wins the election, but rather who do you think is in the best position to reduce the size of government, get us on a glide path to a balanced budget, and start paying down the 16 trillion dollar deficit that is currently growing at a rate of over 1 trillion dollars a year? Now you don't have to be very good at math to figure out that that kind of debt load is simply unsustainable. And if it is not addressed by the politicians now or after the election, or anytime after that, then what will happen is the dollar will continually be debased as a result, meaning it will continually lose value. That loss will accelerate the more and more we pile on the deficit. And what that's going to do is undermine the stock market, and it certainly undermining the currency markets. We know it's going on in Europe. Basically the same thing is going on here in the United States, except the U.S. dollar is reserve currency the world, so the United States can temporarily take on even more debt than can the countries of the European Union.

So as this currency debasement goes on, all currency, all western hard currencies are what I observe to be on the race to oblivion. And that can't be good for any markets. That's not good for the currency markets, it's certainly not good for the stock market, because if the stock market is trading in dollars in the United States, and the dollar is being debased dramatically by these insane levels of debt, then who's to say what the value of anything is? You see? So once you have a destabilized currency, you're going to have a destabilized stock market.

After the Election Who Will Actually Lower the Debt?

Now if whatever party gets elected, whatever candidate gets elected, if they do not effectively manage the debt crisis, then look out below. No one can predict what will happen or exactly how it will happen, but it will not be pretty. It will not end in a pretty way and it will not end in a way that anyone will like. And all you have to do is go back in history and look at what's happened to currencies and markets going all the way back to the Roman Empire to see what's happening here all over again. So we really need to be serious about addressing the debt picture politically. If so, there are better days ahead, better markets ahead. If not, I'm afraid we're not going to like the outcome.

Last point: in the face of all that uncertainty I believe the best course of action when it comes to investing or trading is to learn how to trade in a disciplined nimble fashion. Events are occurring and unfolding at such a rapid pace that used to take years and months in the way of market trends to develop and play out now takes weeks and days. Things are happening so rapidly and so all of this is so unpredictable. The way to protect yourself and the way to even profit in the face of all this uncertainty is to learn how to become a disciplined nimble trader. It's not that difficult, but it requires effort. It requires focus. And if you're willing to instead of watching television for 30 minutes each evening, block out 30 minutes, block out an hour, learn how to trade. And that way you go from wondering what will happen to being in a position of control no matter what happens.