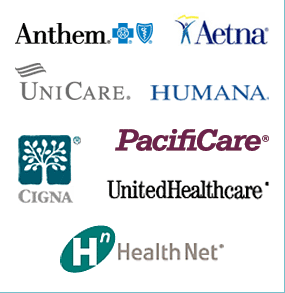 The health insurance industry has confronted many external challenges in the recent past, such as an uncertain regulatory environment, a challenge to meet the demand of more price- and service-conscious consumers, a fiercely competitive market, shifts in customer mix and a slowly recovering economy, just to name a few.

The earnings performance at each of these players were primarily driven by industry-wide factors like higher enrollment, increasing premium, lower-than-expected medical care utilization and improving commercial insurance pricing. Most of the carriers even raised their 2012 earnings estimates, which reflect optimism for the fourth quarter results as well.

About the Healthcare Industry The health and medical Insurance industry is an integral part of the U.S. economy. According to the Centers for Medicare and Medicaid Services, U.S. health expenditures account for about 18% of the country's annual GDP. According to the World Health Organization, health care expenditure per person in the United States is the highest in the world.

Despite huge sums of money spent on health care, millions of Americans lack health insurance coverage or are underinsured. This was largely attributed to a dysfunctional health care system. To rein in the waste and make health care more accessible effective and affordable, President Obama pushed health care reform in an attempt to overhaul the nation's ailing health care system.

Health Care Overhaul The Patient Protection and Affordable Care Act (PPACA) was passed in 2010 and marked the beginning of a multiyear implementation process. It is the most substantial overhaul in the history of the nation's health care sector.

The reform was intended to provide coverage to the 32 million uninsured Americans, to make health care facilities more affordable, expand coverage for customers with pre-existing health conditions and keep a check on health insurers.

Certain significant provisions of the legislation were: mandated coverage requirements, rebates to policyholders based on minimum benefit ratios, adjustments to Medicare Advantage premiums, the establishment of state-based exchanges, greater investment in health IT, annual insurance industry premium-based assessment, reduction in Federal assistance on Medicare Advantage, restriction on rescission of policies and elimination of annual as well as life time maximum limits.

The Reform has endured rough patches since its inception, with opponents challenging its individual mandate and Medicaid expansion clause and dragged it to the courts. Insurers were lobbying against most of its provisions and opposition political parties swore to repeal the whole law if they were elected.

But the law survived the challenges with Supreme court upholding the constitutionality of its individual mandate -- the core of the reform. Also, Obama's re-election provides ratification to the health care reform. That said, the full implementation of the reform is far from guaranteed given the substantial leeway states enjoy in enforcing key parts of the legislation, particularly the setting up of exchanges and expansion of Medicaid.

The Changing Face of the Health Insurance Industry

The re-election of President Obama means his signature Health Care law is likely here to stay, putting behind the major ambiguity prevailing over the industry. Obama's second term will see major implementation of key provisions. However, in the short- to mid-term there is some uncertainty over how regulatory reform will play out.

So far, the carriers in the industry have handled the impact of implementation of some of the less onerous provisions of the reform (relating to MLR requirements, ban on denial of coverage due to pre-existing conditions, dependent coverage up to age 26 and annual rate review) relatively well.

For the moment, the biggest wild card in the regulatory reform is how the law's biggest and most impactful provisions (relating to setting up of insurance exchanges, individual mandate, ICD-10 requirements, pre-existing conditions, Medicaid expansion, an annual insurance industry assessment of $8 billion in 2014 with increasing annual amounts thereafter), which are due to be implemented in 2014, will effect the industry.

Exchanges will act as an online marketplace where consumers who are underinsured or uninsured will be able to shop for subsidized coverage, and small businesses can buy more affordable plans for their workers. A key risk to insurers is that insurance exchanges will lead to commoditization of insurance products, making product offerings highly standardized. This product standardization along with a framework for strong government price regulation will expectedly lead to very low profit margins for the carriers in the long run.

While the individual mandate provision will bring into the loop approximately 32 million uninsured, the gain in revenue due to increasing industry enrollment is expected to be offset to a large extent by the costs to realign their business to comply with the new rules (ICD-10 coding) and deal with other challenges.

In the meantime, rules of the road remain uncertain. Insurers do not know what exactly will be expected of them, what changes they will be forced to implement, or what expenses they might have to incur to meet new data and regulatory demands. Carriers may see potentially game-changing developments threatening their ability to achieve top- and bottom-line growth.

However, the insurers are being proactive, trying very hard not just to survive, but to prosper.

With organic growth remaining challenging, carriers in the health insurance sector are flocking toward international markets, which specifically appear attractive on account of lesser regulations, higher margins and lower competition. Additionally, pressures on social health care systems along with increasing wealth and education in emerging markets are leading to higher demands for health insurance and financial security. This provides carriers with a vast market opportunity.

Companies like Cigna and Aetna, which have active presence overseas, believe that their international business is a positive differentiator and a key driver of higher-than-peer growth rates. Both companies are targeting penetrating deeper mainly in the emerging economies of Asia and the Middle East.

UnitedHealth's recent big acquisition of Brazil-based Amil Participacoes for $4.9 billion attests the fact that insurers are actively seeking international exposure. The company already has a significant presence in Portugal, India and the Middle East through joint ventures.

Though the U.S. health insurance industry currently had little international presence until the recent past, insurance firms are fast catching up. We expect to see more international deals going forward.

According to U.S. Census data, the population of Medicare beneficiaries will grow by 36% by the end of this decade, led by a vast aging baby boomer population. In September 2012, CMS projected that the entire Medicare Advantage market would grow 11% in 2013.

Until now, only two of the public providers -- UnitedHealth and Humana -- were the primary market share holders. However, consolidation in this market is scrambling market share ratios. Carriers in the health insurance sector are in a race to win Medicare Advantage market share and the fastest way of achieving the target is to acquire a company in the same business.

Notwithstanding the fact that the health insurance industry has been witnessing copious mergers and acquisitions for the last several years, the landscape created by health care reform has set the stage for further consolidation. In the changed environment, small insurers are becoming inefficient. The inability to achieve the required scale to be profitable is forcing these small players to become acquired.

Over the next few years, growth opportunities for the players in the health insurance sector will be driven by:

Health expenditure and reliance on managed care gradually increasing. According to the government, national health spending is expected to touch $4.6 trillion by the end of this decade from $2.6 trillion currently, representing a compounded annual growth rate of nearly 7%. This clearly points to the fact that the health care industry will most certainly outstrip broader economic growth. Moreover, over the same time frame, managed care penetration is expected to grow to about 1/2 of the total national health care spending, up from approximately 1/3 at present, driven by increased reliance on insurers in managing government's fee-for-service Medicare and Medicaid products.

Recent Census figures show that seniors constitute a larger share of the American population than ever before. This trend will gain steam in the years ahead. Consequently, the aging population is expected to drive industry demand as they would aim to reduce their health-related costs.

We expect most of the companies within our coverage to benefit from the trend. Among others, Cigna Corp. (CI) with a Zacks #2 Rank (Short-term Buy) and UnitedHealth Group Inc. (UNH), Humana (HUM), WellPoint (WLP), Aetna Inc. (AET) and Amerigroup (AGP) with a Zacks #3 Rank (Hold) will offer good investment opportunities in the upcoming years.

Let's have a quick look at some of these companies:

CIGNA Corp. remains attractive given its strong growth profile in the industry with its double-digit growing International segment, significant presence in Medicare Advantage book as well as a growing book of commercial self insured business. The company has been putting strong earnings performance and the trend is expected to continue.

Aetna has been beating earnings expectations for the past several quarters on the back of declining utilization, strong performance across all the product lines, disciplined pricing and medical cost trends. The company is also making strong progress in its Medicare business. It is also growing its international business for diversification benefits. A solid balance sheet, well-controlled debt and adequate liquidity will provide overall strength.

WellPoint, a dominant player with a vast provider network, is also poised for solid growth over the longer term. The recent announcement to acquire Amerigroup will make it a top player in the Medicaid business. Other acquisitions in this area include the buyout of CareMore Health Group, which will further expand its presence in the U.S. government program for the elderly. The company has been witnessing substantial earnings growth over the past few quarters, spurred by membership gains, improvements in operating cost structure, strategic acquisitions and capital transactions. The company is also well poised to benefit from economies of scale and favorable demographic trends.

UnitedHealth has also been showcasing a favorable earnings performance for the past many quarters. It has strengthened its position in the Medicare Advantage market with the acquisition of XLHealth. The company's diversified business model, with a leading market share in the Commercial, Medicare, and Medicaid markets, a solid balance sheet, a highly conservative investment portfolio, expansion into higher margin Health Services segments (Optum) and penetration into international markets will provide investors with a high risk-return investment opportunity over time.

Though none of the health insurance stocks under our coverage hold a Zacks #5 Rank (Strong Sell) or Zacks #4 Rank (Sell), we expect the following factors to negatively impact the industry:

Health insurers are expected to face challenges related to medical cost inflation. The Centers of Medicare and Medicaid Services expects U.S. health expenditures to increase at an average annual rate of 5.7% to $3.3 trillion during the next five years. Furthermore, the demand for Medicare is expected to increase as the baby boomer generation goes into retirement. Consequently, insurers will likely face increased pressure to maintain medical-benefit ratios due to the lack of funds for these programs along with government's initiatives to control costs.

The overall thrust of healthcare reform and regulatory changes is expected to lower the industry's profitability in the long run.