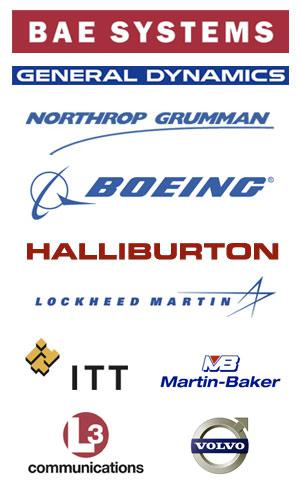 Click the stock industry sector links below to review current analysis and forecasts on stocks in those sectors.

The aerospace and defense industry found its largest base in the U.S. with a fittingly impressive military budget. The U.S.'s global leadership position requires it to maintain the capacity to respond to the ever-changing national security environment.

Sequestration and spending cuts were expected to adversely affect the performances of the defense behemoths that explicitly provide products and services to the U.S. Department of Defense. In reality, the defense players are doing well despite the fear of Damocles' sword hanging over defense budgets and big-ticket programs.

In Apr 2013, the Obama administration proposed a defense budget of $526.6 billion for FY14, down $0.9 billion from the FY13 annualized continuing resolution level of $527.5 billion.

Again in May, an amendment to the FY2014 President's budget was issued that included $80.7 billion (excluding prior-year cancellations) for Overseas Contingency Operations (OCO), which is essentially government-speak for foreign wars and war on terror operations.

On Dec 10, 2013, the House and Senate negotiators have reached a two-year budget agreement, mitigating about half the sequester cuts expected to gouge the defense budget in fiscal year 2014. Upon successful approval from both the House and Senate, any near-term government shutdown will be averted.

The budget sequester that went into effect at the start of Mar 2013 and that has a direct bearing on the U.S. government's defense spending is a function of the country's fiscal and economic challenges. These cuts will not spare any of the defense majors from Lockheed Martin Corp. (LMT - Analyst Report) to Huntington Ingalls Industries Inc. (HII - Snapshot Report).

Sequestration will cut some $1 trillion from the defense budget over the next decade, according to The Washington Free Beacon. Yet, the aerospace and defense industry is holding up well this year thanks to technological innovations, big contracts, acquisitions and growing commercial demand.

Since the domestic aerospace and defense sector is facing budget cuts and a constrained spending environment, the industry is looking for growth from international orders. Additionally, a number of new emerging markets as well as developed nations such as India, Japan, the United Arab Emirates, Saudi Arabia and Brazil are boosting defense spending and generating business for the U.S. aerospace and defense companies.

Moreover, these defense behemoths have diversified their businesses to counter the effect of the sequester. Also, the complex military programs being awarded to these companies much before the across-the-board spending cuts came into force have somewhat diluted the sequester impact.

The third-quarter earnings season has been a testament to the bullish trend in the defense sphere, defying sequestration and budget cut woes. The earnings results of all the defense companies in our universe, except two surpassed the Zacks Consensus Estimate.

The highest positive surprise of 37 cents came from Huntington Ingalls while the lowest surprise of 2 cents was clocked by L-3 Communications Holdings Inc. (NYSE:LLL). On the contrary, Textron Inc. (NYSE:TXT) and Rockwell Collins Inc. (COL - Analyst Report) missed the Zacks Consensus Estimate by 25.53% and 2.29%, respectively.

For a detailed look at the earnings outlook for this sector and others, please read our weekly Earnings Trends reports.

From Mar 1, 2013 to date, there have been a number of share price gainers with Huntington Ingalls Industries witnessing the highest increase of around 93.0%, beginning Mar 1, 2013.

Alliant Techsystems Inc. (ATK) with a Zacks Rank #1 (Strong Buy) delivered a positive earnings surprise of 16.53% this quarter and 13.39% over the last four quarters. Lower interest expense and solid performance by the Sporting business led to the upswing in earnings. The company witnessed a share price appreciation of around 92.4%.

The company uses its cash in the best possible manner. Recently, the company acquired Caliber Company, the parent company of Savage Sports Corporation. The acquisition gives the company an opportunity to bolster its leadership position in sporting and security ammunition and accessories into the long guns market. The acquired entity contributed $57 million to revenues in the reported quarter. Apart from the company's cash deployment strategy, a continuous in-flow of contracts makes it a Strong Buy.

Driven by operational improvements and capital deployment actions, the earnings surprise this quarter for Raytheon Company (RTN) was a positive 13.53%. Surprise over the last four quarters was a positive 21.16%. Beginning Mar 1, 2013, the company's share price has risen approximately 51.8%. Raytheon also sports a Zacks Rank #1 (Strong Buy).

Though the fourth quarter 2013 and full year 2013 estimates in the table above depict a year-over-year decline, Raytheon looks good with a continuous in-flow of contracts, introduction of new products, completion of flight test series, consolidation and earnings beat to boot.

The 2014 fiscal defense budget prioritized investments in Missile and Space Systems, which is expected to bring in more contracts for Raytheon. In addition, the company's focus on technological advancements, as exemplified by its GaN systems, will make defense solutions affordable and effective.

Raytheon is more focused on overseas sales to counter domestic budget pressure. Best known for its missile defense systems, such as the Patriot, Raytheon's international business is now expected to garner close to 30% of total revenues this year. Earlier this month, Raytheon received the green light from Pentagon for the sale of some 15,000 anti-tank missiles to Saudi Arabia under two separate deals with a combined value of $1.1 billion.

As of Sep 30, 2013, the company had a funded backlog of $22.1 billion that would convert into revenues in the near term. In addition, the strong cash position, consistent dividend payment and repurchase of shares make the stock look attractive. Indeed, the company's strong cash position of $2.9 billion has been helping it to acquire other firms. In June this year, the company acquired Visual Analytics Inc. that will help the company in meeting the data analytics, data visualization and information sharing needs of its customers.

Lockheed Martin with a Zacks Rank #2 (Buy) has a strong liquidity position and utilizes the cash in the best possible manner via dividends and share repurchases. The company has lifted its full year 2013 earnings guidance on its third quarter earnings conference call, backed by the quarter's strong performance.

A key catalyst is the F-35 program, which is expected to account for approximately 16% of 2013 revenue. The growing international mix is also expected to increase to about 15% in 2014. Despite the uncertainty plaguing the industry, the company has been able to generate $15 billion in orders during the third quarter.

The Boeing Co. (NYSE:BA) carries a Zacks Rank #2 (Buy). We note that it has surpassed the Zacks Consensus Estimate by 16.88% in the past quarter driven by solid operating performance fueled by higher aircraft deliveries. Over the last four quarters, the company experienced an 11.96% positive surprise on an average.

Despite various technical issues at its Commercial Airplane Division, Boeing is seeing strong growth driven by rising demand for air travel from the emerging markets and replacement (of older aircraft) demand from the developed markets. Moreover, a recovery from the financial crisis and consolidation within the industry has enabled airliners to place big orders for new airplanes with aircraft manufacturers like Boeing, Airbus, Bombardier and Embraer.

That said, we note that Boeing has mostly secured low-priced contracts lately with the occasional high-value order attributable to the ongoing sequestration in the U.S.

From Mar 1, 2013 to date, Northrop Grumman Corp.'s (NYSE:NOC) share price has boosted 65.3%. It has delivered a positive earnings surprise of 8.84% this quarter driven by a lower share count and strong operating performance. The earnings beat over the last four quarters comes to 14.99%.

A steady flow of contracts which also include international orders, a funded backlog of $23.4 billion, introduction of new products, and the tendency of returning wealth to its shareholders drive this Zacks Rank #3 (Buy) stock.

Although its share price increased 26.30% beginning Mar 1, 2013, this Zacks Ranked #4 (Sell) stock ended the quarter with a negative earnings surprise of 25.53% and an average negative surprise of 9.23% over the last four quarters.

Although Embraer SA (NYSE:ERJ) has been able to show a positive earnings surprise of 6.38% this quarter, it experienced a 26.19% negative surprise over the last four quarters on an average. The company's share price gained 11.8% beginning Mar 1, 2013.

The company has a Zacks Rank #4 (Sell) and investors are recommended to stay away from the stock for the time being.

In spite of the budget austerities and sequestration, defense majors are riding high on foreign orders. These have to some extent compensated for lower defense spending at home.

Undeterred by defense budget cuts, the big defense operators are expanding their operations through acquisitions. Moreover, they are busy restructuring their businesses. Also, they are keeping themselves abreast in the technological front with new products countering fresh competition.

The broad growth and development of the aerospace and defense industry is tied to the defense budgets of different nations around the globe, besides the U.S. The U.S. defense department has reduced the defense budget significantly. These cutbacks will impact the big contractors, as the lion's share of their revenues comes from domestic defense spending.

Moreover, with the majority of revenue coming from government contracts, the industry could be adversely affected by the cancellation and delay of major government contracts. Again, with more and more acquisitions being made by the defense players, there is always the risk of completion, integration and financing of these deals.

The aerospace & defense industry has been a keystone of the U.S. economy for decades and has provided well paying jobs for a variety of skill levels. The U.S. aerospace industry continues to contribute significantly to the country's economy and provides capabilities vital for national security.

However, on the flip side, the industry's position is now challenged by global competition, changes in technology, national and worldwide economic conditions, and global policies affecting defense, civilian and commercial aviation.

Moreover, any delay in the execution of orders would lead to an imbalance between the cost and revenue structure. This would not only hurt profitability but also lead to delays and even cancellations of orders and/or programs.

On the whole, budget austerities still remain an overhang both in the civil and military sectors. The companies that have little diversification outside the U.S. are highly susceptible to spending cuts from sequestration. On the other hand, those with an international order book would find it less difficult to outwit sequestration.

Admittedly, the sector enjoyed a solid earnings season, technological progress, acquisition benefits and cost-cutting efforts from individual companies. But these positives are held in balance by defense budget austerities. This keeps us Neutral on the sector for the time being.

Click Here for a Free Trial of Zacks Investment Research 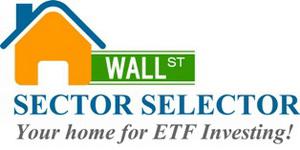 Market Timing Signals & ETF Sector Rotation Investment Newsletter
The strategy behind the Sector Timing Report is a process of continuous upgrading your investment holdings to maximize portfolio returns. Our upgrading strategy works because as economic and market conditions change, new sector leaders rise to the top of our proprietary sector scoring system. We buy these top ranked sectors and hold them for as long as they outperform their sector peers. When a holding starts to drop in rankings we sell it and move on the the next hot sectors in the market. Rebalancing our holdings monthly keeps us in the latest leadership sectors at all times.