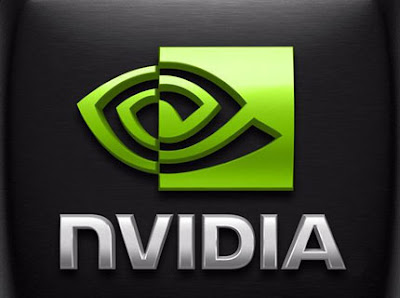 This week I've got a low-risk high-reward short-sell on Nvidia. The DJIA, SP500, and Nasdaq indicies are beginning to hit major resistance now. It looks like to me everyone is fully invested into the DJIA dividend blue chips, with the SP500 stocks looking like more distribution than accumulation is starting to happen, and the Nasdaq stocks looking very strong like they could be the new place to be this year on a case by case basis I should add. A correction is in order here, but the trend is your friend until it changes and the trend is still up but looking very weak and tired at this point.

Advanced Micro reported a 9.9% decline in GPU business during the quarter and also guided an 8.0% (+/- 3%) sequential decrease in revenues for the upcoming quarter.

Major PC makers, such as Hewlett-Packard Co. and Dell Inc. reported lower PC shipments due to shortages of hard disk drives (HDDs). Company officials are of the opinion that disk drive shortage resulting from the flooding in Thailand is having a higher-than-expected impact on the mainstream GPU segment.

Apart from lower shipments, it was noted that some OEMs (original equipment manufactures) are not using graphic chips to mitigate the higher prices of HDDs. Avoidance of graphic chips are allowing the OEMs to keep the prices of PCs in a marketable range.

Nvidia also stated that it does not expect the Tegra 2 mobile chip business to perform well, due to a higher-than-expected sales decline. However, the company remains positive about the newly-launched quad-core Tegra 3 chip (the world's first quad-core processor for smart phones and tablets), which is the successor to Tegra 2.

Overall, Nvidia's last quarter was decent with year-over-year revenue and earnings growth. The quarter's earnings per share were 5 cents above the Zacks Consensus Estimate.

Though lackluster PC shipment (research firm Gartner estimated that HDD shortage will significantly impact PC shipments in the first half of 2012 and will likely continue throughout the year) and increased competition are concerns, we believe that higher demand for smart phones and notebooks could provide an impetus for revenue growth.

We are recommending a short-sale on this currently.

Click the Nvidia stock chart below for a larger view.

Disclosure: I have no positions in any stocks mentioned, but may initiate a short position in NVDA over the next 72 hours.