There are numerous ways to measure volatility. VIX futures are based on the implied volatility in S&P index options and reflect the volatility of the S&P500 (SPX). Average True Range (ATR) measures the fluctuations in an individual stock or ETF. ATR measures the daily range (high - low) and accounts for gaps that occur in stock prices.

In a bear market, volatility can be twice as high as it would typically be during a bull market. Bull markets are most frequently "normal" or "quiet" compared to bear markets, which are usually "volatile".

For example, during the last bear market in US stocks, there were several days when the daily range (from low to high) was 8%-10% in October 2009. Think about that - in a bull market a 10% correction might happen a few times a year. In a bear market, a 10% move in the market might occur once a week or more.

But the volatility in a bear market isn't just reflected in stock prices moving down. Volatility means prices move down, as well as up. In 2009, stock prices also moved up 8%-10% or more on several days.

As markets shift from bull quiet to sideways to bull volatile, it plays havoc with traders' psychology. If traders don't recognize the shift is underway, then they may continue trading systems designed for bull markets during the bear market. That usually results in losses and creates the perception the system doesn't work any longer.

And a trader's psychology is affected by the impact a declining market has on his/her portfolio. Research shows that losses have a much more powerful effect on us psychologically than gains. As volatility increases, with stock prices moving up and down like a roller-coaster, it exacerbates the feelings and emotions of fear and panic. The familiar, comfortable feeling that comes from trading successfully in a bull market is replaced with fear, doubt and, in some cases, panic.

To illustrate the difference, imagine a long-only swing trading system that buys stocks on pullbacks, typically holds a position for several days or weeks, and then sells when the stock reaches a point of prior resistance. In a bull market, volatility is "normal" and the trader can place a protective stop below the pullback low. It's common to find setups that offer a reasonable 3:1 or higher reward to risk ratio.

By comparison, a swing system in a high volatility bear market is very difficult to trade. While prices may rise during a bear market, the primary trend is down, so trading from the long side is not effective. If one were to reverse the rules, and trade from the short side, the volatility makes it difficult to find setups with a reasonable reward to risk ratio because the protective stops have to be far from the entry.

The characteristics of bear markets are very different from bull markets. That's why it's so important to have trading systems designed to be effective in bear markets.

Profiting from Trading Stocks that are Going Down in Price

What Is Stock Short Selling?

The selling of a stock equity security that the seller does not own, or any sale that is completed by the delivery of a security borrowed by the seller. Short sellers assume that they will be able to buy the stock at a lower amount than the price at which they sold short.

Selling a stock short is the opposite of buying a stock long. Short sellers make money if the stock goes down in price. Short selling is an advanced trading strategy with many unique risks and pitfalls. Novice investors are advised to avoid short sales until they are properly educated in doing it.

Short selling has been around ever since the beginning of the stock market. But many people don't think short selling is good for companies and the market. They think its un-patriotic or damaging to the economic health health of companies and the country they are based in. The reality is that stocks go up and they go down for a multitude of reasons. Fair equal treatment to buy or sell short a stock provides liquidity and the best balance of fair value for the price of the stock.

Bill O'Neil the founder of Investor's Business Daily and the CANSLIM stock investing method, wrote about short selling in his book "How To Make Money Selling Stocks Short", and concluded that "few investors really understand how to buy stocks successfully. Even fewer understand when to sell stocks. Virtually no one, including most professionals, knows how to sell short correctly."

The fact is that if done proprerly, the risks of short selling are about the same to the risk of buying long stock positions,.

In the stock options, futures and forex markets buying and selling short is normal practice. Let the free market have its freedom to do what it will. In the long term, all people will benefit much more than letting markets move parabolicly higher creating huge bubbles that end up in price collapses anyway. 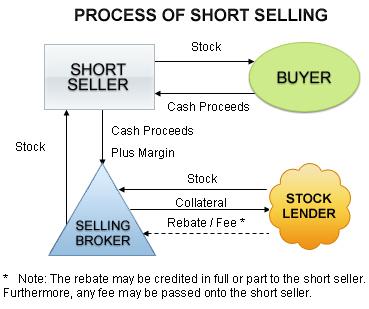 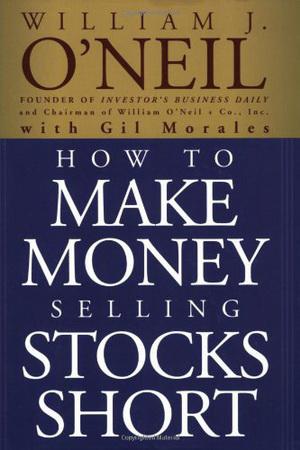 What Is Bear Market in the Stock Market?

Trending in the stock market is often referred to as either bullish or bearish. A bull market is a period when stock prices are surging, while in a bear market, stock prices are declining. Investors use a rule of thumb to define bear markets, but a bear is usually pretty obvious to investors who see their investments going down in value.

The rule of thumb is that the stock market has experienced a bear market if the major stock indexes have declined by 20 percent or more from a recent market high. Stock market historians use the value of the Dow Jones industrial average to calculate whether the market is experiencing a bear market or just a correction, which is a decline of 10 to 20 percent. The Dow is used because the index has been in existence since before 1900, providing a historical picture of bull and bear markets.

Two types of bear markets can be found when looking at the long-term chart of the stock market. Primary or cyclical bear markets meet the standard definition of a 20 percent drop in the Dow, followed by a recovery from the low. These are shorter-term bear markets as the stock market swings from periods of moving up toward downturns. A secular bear market is a longer, multi-year slump that produces a much larger decline in the value of the market or is a string of bull and bear market cycles in which the end result is a lack of any meaningful gain in the stock market indexes.

Standard & Poor's Corporation provides data on ten other bear markets that fit the definition above (two of the S&P 500 declines are slightly under 20%):

In the several decades between the two deflationary depressions, America's financial system also experienced a number of shocks, like the Panics of 1873, 1893 and 1907.

The point is: Bear markets are a conspicuous part of American history. Yet several sentiment measures indicate that most of today's market participants are ignoring this obvious fact.

And unless human behavior changes and history stops repeating itself, another bear market is inevitable.

It's only a question of when.

The Elliott wave model explores that question, and also looks at the extent of market price trends. 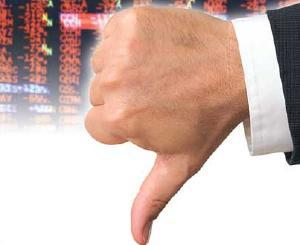