Recession May Loom for Next U.S. President No Matter Who That Is By Bloomberg

Talk about a poisoned chalice. No matter who is elected to the White House in November, the next president will probably face a recession.

The 83-month-old expansion is already the fourth-longest in more than 150 years and starting to show some signs of aging as corporate profits peak and wage pressures build. It also remains vulnerable to a shock because growth has been so feeble, averaging just about 2 percent since the last downturn ended in June 2009.

"If the next president is not going to have a recession, it will be a U.S. record," said Gad Levanon, chief economist for North America at the Conference Board in New York. "The longest expansion we ever had was 10 years," beginning in 1991.

The history of cyclical fluctuations suggests that the "odds are significantly better than 50-50 that we will have a recession within the next three years," according to former Treasury Secretary Lawrence Summers.

Michael Feroli, chief U.S. economist for JPMorgan Chase & Co. in New York, puts the probability of a downturn during that time frame at about two in three.

The U.S. doesn't look all that well-equipped to handle a contraction should one occur during the next president's term, former Federal Reserve Vice Chairman Alan Blinder said. Monetary policy is stretched near its limit while fiscal policy is hamstrung by ideological battles.

This wouldn't be the first time that a new president was forced to tackle a contraction in gross domestic product. The nation was in the midst of its deepest slump since the Great Depression when Barack Obama took office on January 20, 2009. His predecessor, George W. Bush, started his tenure as president in 2001 with the economy about to be mired in a downturn as well, albeit a much milder one than greeted Obama.

The biggest near-term threat comes from abroad. Former International Monetary Fund official Desmond Lachman said a June 23 vote by the U.K. to leave the European Union, a steeper-than-anticipated Chinese slowdown and a renewed recession in Japan are among potential developments that could upend financial markets and the global economy in the coming months.

"There's a non-negligible risk that by the time the next president takes office in January you would have the world in a pretty bad place," said Lachman, who put the odds of that happening at 30 percent to 40 percent.

Investors also might get spooked if billionaire Donald Trump looks likely to win the presidency, considering his staunchly protectionist stance on trade and a seemingly cavalier attitude toward the nation's debt, added Lachman, now a resident fellow at the American Enterprise Institute in Washington.

Uncertainty about the election's outcome may already be infecting the economy at the margin, with companies and consumers in surveys increasingly citing it as a source of concern.

"The views expressed by the various candidates have weighed down" consumer confidence, said Richard Curtin, director of the University of Michigan's household survey, which saw sentiment slip for a fourth straight month in April.

With growth so slow -- it clocked in at a mere 0.5 percent on an annual basis in the first quarter -- it wouldn't take that much to tip the economy into a recession.

"It's like a bicycle that's going too slowly. All it takes is a little puff of wind to knock it over," said Nariman Behravesh, chief economist for consultants IHS Inc. in Lexington, Massachusetts.

The economy still has some things going for it, leading Behravesh to conclude that the odds of a downturn over the next couple of years are at most 25 percent.

"Recoveries don't die of old age," he said. "They get killed off. And the three killers that we've had in the past don't seem terribly frightening right now."

The murderers' row consists of a steep rise in interest rates engineered by the central bank, a sudden spike in oil prices and the bursting of an asset-price bubble. This time around, Fed policy makers have signaled they're going to raise rates slowly, the oil market is still awash in excess supply and house prices by some measures remain below their 2007 highs.

"The expansion can continue for several more years," Robert Gordon, a professor at Northwestern University in Evanston, Illinois, and a member of the committee of economists that determines the timing of recessions, said in an e-mail.

Consumers' balance sheets are in much better shape than they were prior to the last economic contraction. Household debt as a share of disposable income stood at 105 percent in the fourth quarter, well below the 133 percent reached in the final three months of 2007.

Businesses seem more vulnerable. Corporate profits plunged 11.5 percent in the fourth quarter from the year-ago period, the biggest drop since a 31 percent collapse at the end of 2008 during the height of the financial crisis, according to data compiled by the Commerce Department.

History shows that when earnings decline, the economy often follows into a recession as profit-starved companies cut back on hiring and investment.

"More and more employers are struggling with profits," Levanon said. "That is resulting in some belt tightening."

Though much of the weakness in earnings has been concentrated in the energy industry, companies in general have been struggling with rising labor costs as the tightening jobs market puts upward pressure on wages and worker productivity has lagged.

Peter Hooper, chief economist for Deutsche Bank Securities in New York, sees that leading to a possible recession a couple of years out as companies raise prices, inflation starts to accelerate and Fed policy makers have to jack up interest rates more aggressively in response.

"The slower they go in the near-term, the bigger the risk down the road," he said of the Fed. "Looking out over the next four years, the chances of a two-quarter contraction are probably above 50 percent." 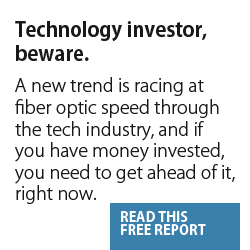