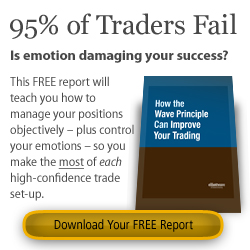 Leveraged investors turned net bullish on Mexico's peso for the first time since Donald Trump all but locked up his bid to become the Republican party's nominee in May, according to the latest data from the U.S. Commodity Futures Trading Commission. It's a turnaround from when bearish positions reached a record in October amid speculation Trump's pledges to support U.S. manufacturing would be a disaster for Mexico's export-dependent economy.

Investors have made the peso the world's best performer this year, sending it up 11 percent against the dollar, after it plunged to record lows in the aftermath of Trump's victory. The rally was driven by the idea that the selloff had been too sharp given the lack of clarity about Trump's exact trade policies as well as friendly comments from U.S. officials. Citigroup Inc. strategist Dirk Willer had said in a note last month that the currency would probably underperform in coming months without fresh inflows from hedge funds.

"The Trump agenda is no longer as frightening as it once was," said David Tawil, co-founder of Maglan Capital in New York.

Tawil says that the administration will probably be tied up defending itself from allegations that it was complicit with Russian interference in the 2016 election and is less likely to focus on measures that would sharply curtail Mexican exports to the U.S.

"It is becoming even more likely that the administration will have to spend time and resources on explaining and defending that episode, further diminishing its political capital necessary for reforming the relationship with Mexico and Nafta," said Tawil, who added that his firm was making a bet on Mexican equities.

Hedge funds were net long 8,361 contracts in the week ended March 28, according to the CFTC data. That compared with a bearish position of almost 100,000 contracts in October.

Off to its best start to a year since a re-denomination in 1993, the peso has ended a streak of 10 consecutive quarters of losses, while its 1-month volatility nears an eight-month low. Mexico's top diplomat Luis Videgaray told Bloomberg last month that an updated version of the North American Free Trade Agreement could include a mechanism to ensure the currency's stability.

Interview with a Forex Super-Trader

Goal Setting for Traders and Investors