Question of the Week

The market has become a rocket ship that has some critics simply calling it a 'Santa Claus Rally.' How concerned should investors be about the ease of these moves?

It looks like 2015 is setting up to be a year of political battles. There was no cooperation; both sides agreed that it was a part of November's mandate. One issue that will fade is higher minimum wage as voters in several states who elected Republics to powerful positions agreed, "It is the right thing to do." Of course, those votes were from the heart, not based on real economics, which point to higher minimum wages resulting in fewer total jobs, and speeding up efforts for automation (read software and robots). 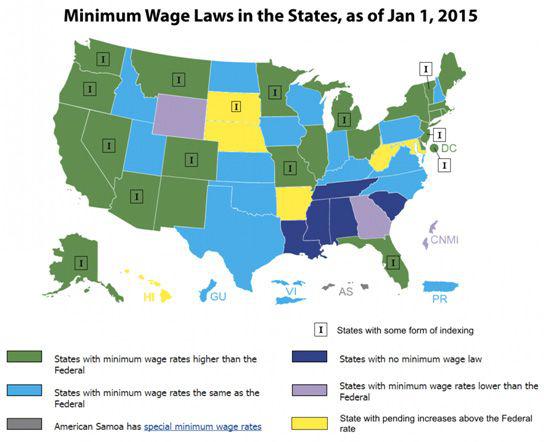 As this issue fades, however, we will see what the real war is about, as it is a desperate attempt to save private sector unions.

Before we get to the point where robots are doing all the cooking as kiosks take our orders, there are signs wages could be poised to appear in the leisure and hospitality space. Certainly, upper-level restaurants, hotels, and resorts are looking for people who are more engaged in their work and who are more knowledgeable about the world.

I read an interesting blog over the weekend that makes the point that perhaps the next explosion in wages will come from the kind of jobs we write off as perennially low paying and are no longer important to the economy. Leisure and hospitality positions are now 10% of the entire workforce. 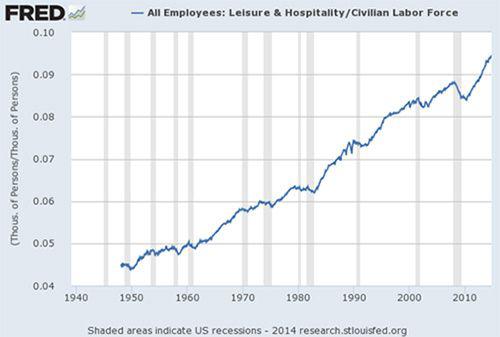 However, the typical workforce of those with less-than-college degrees working these jobs is dwindling; down five million since the start of the Great Recession. Part of the slide is due in part to older factory workers leaving the workforce, as well as all the benefits offered to able-bodied adults that make it more financially rewarding to sit on the sidelines.

In addition, there has been a massive decline in teenagers in the workforce population. 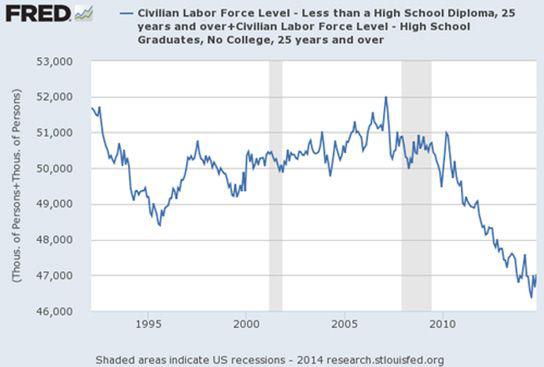 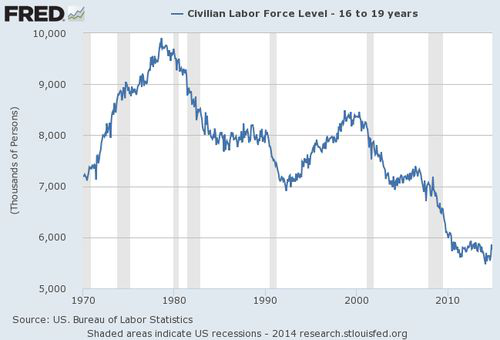 We know college grads are doing jobs they did not go to school for, and at some point, most will seek different employment, which means the leisure worker pool will become even smaller.

It's already begun. As leisure pay at $12.27 an hour, it's growing faster than professional and business for the second time in three decades.

Eyes on the Prize

The National Labor Review Board (NLRB) decided that McDonald's franchisees are legal extensions of McDonald's, which means the restaurant chain could be charged for local infractions by restaurants they do not own or operate.

The stakes are high for the company where 90% of its 14,000 restaurants are franchised and 10% of the entire U.S. workforce is restaurant employees.

For private sector workers in U.S. unions the clock is ticking as membership plummets. The inability to lure workers into the fold has given way to legal strong-arm tactics. Nevertheless, with less than 7% of workers volunteering to come on board, down from 36% in 1953, there are two shining targets.

Wal-Mart with 1.3 million workers and McDonald's with 750,000 would be huge scores for unions. 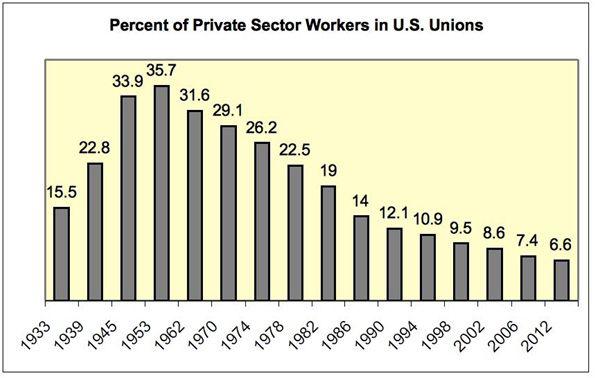 The NLRB and unions went into overdrive to make this happen against McDonalds in November 2012, with 291 charges against individual stores.

After the most recent round of dubious protest by 'workers,' the NLRB concluded retaliation and intimidation by MCD LLC.

"Our investigation found that McDonald's, USA, LLC, through its franchise relationship and its use of tools, resources and technology, engages in sufficient control over its franchisees' operations, beyond protection of the brand, to make it a putative joint employer with its franchisees, sharing liability for violations of our Act."

The various regional cases will ramp up on March 2015, and an administrative law judge will decide it.

Franchisees will have to pay their own legal expenses if this case is decided in favor of the NLRB. A series of dominos will go into effect that could destroy the franchise model and force expensive regulations and even higher wage costs on the small businesses that run these individual stores.

Moreover, 2015 will be a last stand for unions and it could roil small businesses as all stops are pulled and everything from executive orders to all-powerful agencies and czars spring into action.

Alfred Mann was born in 1925. His father was a grocer and his mother a pianist. He founded and funded 17 separate companies that made him a self-made billionaire. Over the years, his donations to colleges and research organizations have topped $300 million. This year, two companies he has been heavily involved in made big news:

These amazing developments will eventually be a godsend to people around the world; once again underscoring how the American entrepreneur has come to the rescue.

We all know the great stuff that happens when crude oil gets cheaper, but what about the negatives? I've looked into and ruled out a deflation crisis but there could be a big hit on employment which means a hit on state tax revenue and overall growth that's actually saved this nation.

Last night Civeo (CVEO), a small oil servicing company, issued a warning and suspended its dividend. It stands to reason this will not be the last company in the industry to endure this kind of development, but one wonders how far up the food chain this goes?

It's a small canary for now; we will keep you abreast as the shakeout in the end will be great for larger players, but it could have an impact that's beginning to mitigate some of the benefits for Main Street.