Portfolio Value was down only 0.5% after hitting a high in Dec 2019 similar to the overall market.

January transactions are all revealed for price, sector and reasoning including 6 new stocks, 4 complete sales and numerous add ons.

Required Minimum Distribution (RMD) from the separate IRA was also taken and revealed. 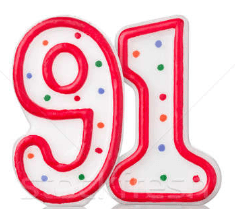 The very real 91 stock Rose portfolio is a dividend portfolio conglomerate of 3 brokerage ( 2 Roth and a taxable) accounts along with 6 separate company stocks. Dividends are accumulated and used for new purchases or options. In 2019, RMD started from hubby’s IRA and it is the only addition to the taxable account. My accounting skills accommodate this as best I can from overall portfolio value each year. Know it is very minor, but I do mention it and remove the addition from valuation when calculated. The 2020 RMD was partially taken already this month with the addition of shares which are revealed last under transactions.

These are listed as done through out January, with sector, stock name, ticker, price, some dividend yields and a few comments. A “v” after a price means I had more than 2 purchases and the price listed is averaged for the various buys. A “T” after a price means it was done in a taxable account. Option means the transaction was the result of a call or a put and the premium received is included in the price shown.

NEW means a brand new addition to the portfolio and there were 6, and in bold print, as well as the defensive sectors. The most recent blog here covered the purchase of LyondellBasell (LYB). Add On is just that, meaning it is already owned and I just added more.  "UV" means Under Valued

Baozun is my latest addition, done just on the 31st as it fell under $30.  It has no dividend and is a price speculation alone and an idea from Wheel of Fortune, to be mentioned again later.

There were numerous trims and 4 complete Sales shown in the chart below and again, I include some notes and a bit of my reasoning. "OV" means I believe it to be "Over Valued".

Trim ONLY ! The preferred I have owned a decent amount of time and I would not be selling the NGL-b if not for the K1 tax form, which I decided to move away from. There really is no other reason other than that for its trim, and trim only, and my idea alone.

Boeing is just too overvalued for its current troubles and issues.  I would get it again if and when much of that is resolved.  It has new management and that will take time to correct issues.  You will note I bought General Dynamics (GD) as a replacement in the chart above, an idea from Wheel of Fortune/ WoF and mentioned in a previous blog. 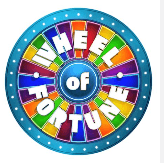 Also The Fortune Teller/ TFT in his service WoF suggested trimming/ selling CMI as being easily over valued now. I hesitated, but still had to agree and trimmed only.  That also looked to be true of 3M.  I really like both of these and will keep them as core holdings.  It is very difficult to trim a stock that has performed so well, but that is a reason I appreciate the skills of TFT, as he is not afraid to say SELL!

Consumer staple Diageo is still OV and the dividend barely moves up. Time to say goodbye.  I did use options a number of times and got extra cash along the way to selling it.  It had been even higher in price, and I hope others took advantage of that and sold sooner than I did.  It might stay right where it is for some time and provide mediocre returns into the future, I can just do better.

How ironic I would sell this just when Chuck Carnevale has an excellent article about how it is undervalued.  I must agree and do believe it has potential.  I thought it was so a long time ago when I first purchased it.  It has been struggling and in now caught for what seems forever in the opioid controversy.  I decided to exit in the taxable when I could get some gains, but did sell in the Roths for a loss. I put the cash to work buying other healthcare I like more and that seem to have little or no exposure to the controversy.  I still own (JNJ) which also is involved, so that's good enough for me.

My hubby is of the age to take a Required Minimum Distribution “RMD” from his IRA, he started in 2019 and did not make the deadline for the new rules to postpone it. Actually I like moving it slowly to the taxable account and picked shares as a partial transaction for the year. Many of the other holdings offer high yield and I can buy what I want from those dividends easily and like looking for value with the cash, as the gains are not taxed in the IRA.

The broker had already calculated how much I needed in value for the total 2020 distribution, making the internal transfer quite easy. However, I did find this particular transaction took almost 4 days to be completed, which certainly is not like fast trading in my other accounts. The price of the shares on transfer is also the new cost value and they notify when it is completed. I ended up with a higher cost than anticipated, but that could be considered advantageous as I will need less cash or alternatives for any future transactions. Also, if I ever decide to sell the gains will be less with a higher price.  I always like to see the bright side of things and learn something as well along the way. 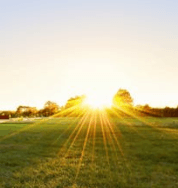 On Monday this week I sent through a request to send some BMY shares internally to the taxable account as a further partial RMD, still not completed by the broker, I wait for the actual new cost. I have until the end of this year to determine the remainder of shares or cash I might need to finish the RMD, no hurry.

32 different companies paid with 1 paying a special distribution, so it is listed twice. The date paid is in the Jan 2020 column and some other notes are in the first column regarding dividends, previous if I believe it to be frozen. AMZA paid twice in January after missing the December payment in 2019. 8c was received in early Jan, similar to the last, but lowered the next payment to 6c for the end of the month. The next distribution is still “tba”/ to be announced and is usually the day or so before the payment date at the end of the month. I am slowly exiting it with any price rise each month, but it took a real dip thus far, I still have hopes, so I watch with that as my plan. I did add to AMLP this last time but now will just stay away from MLP funds and stick with single companies (without K1 tax forms).

The % January income and defensive names are shown in bold along with the sectors in the last columns. Received was 52.9% income from those defense sector companies. Preferred shares I include as defensive as the distributions stay fixed.  I mention again I got these ideas from The Fortune Teller and WoF service. His and his team knowledge of the debt and credit markets makes finding the best for me and many there very easy. 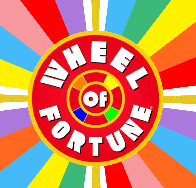 They also suggested many of the RICs and BDCs I own and when to transition to other better investments from time to time.  I probably would not have gotten many of them with out TFT and WoF suggestions.

End of January was not nice for portfolio value and as mentioned it declined, but with that the dividend yield went up to 4.79%. What goes up goes down and I rarely worry about such insignificant moves by the market or the yield.

I see things are moving back up as I write this, so I am glad I already did add to some names including SPG, WBA and LYB. Hard to ignore all of those, at least for me.

That’s All and Happy Investing :)) Rose 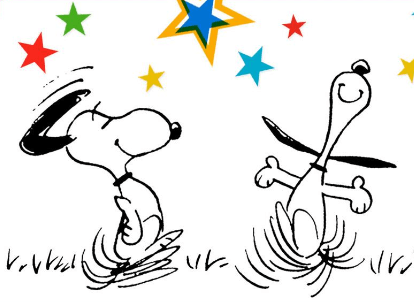 Disclosure: I am/we are long LYB.