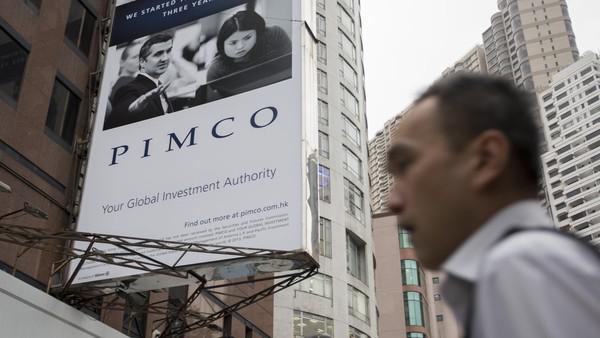 The task of lifting interest rates from near-zero levels - when it finally happens - will be an unprecedented one for the US Federal Reserve. Never before has the central bank been faced with the challenge of starting to unwind such a vast amount of stimulus.

But venturing into uncharted territory does not stop there. Profound changes in the composition of financial markets - and in the menagerie of players operating in them - will make this a very different operation from when the Fed completed its previous interest rate tightening cycle in 2006.

This week, the International Monetary Fund highlighted a principal danger of the next tightening cycle: investors rushing for the exit to escape falling prices, while a senior Fed official expressed concern about bond market liquidity.

Such concerns are warranted by the transformation of the US bond market since the financial crisis. Dealers, who support the market and underwrite Treasury debt sales, have become smaller and are less willing to stem volatile changes in prices, reflecting tougher regulations and higher costs of capital.

Meanwhile, the size of the US bond market has swollen markedly over the past decade, with Treasury debt tripling to $12.5tn.

In turn, sovereign wealth funds and large institutional investors, led by BlackRock and Pimco, have become far more powerful players in the US fixed income universe. Thanks to the suppression of interest rates, money has flooded into bond funds, driven by retiring baby boomers. Foreign demand for US debt has also grown sharply, with Japan and China each owning $1.2tn of Treasury bonds.

The one-way traffic into US bonds by investors, aided in part by the explosive growth of fixed income exchange traded funds in recent years, now overshadows the efforts of the central bank in trying to normalise interest rates over the coming year.

Robert McAdie, head of research and strategy at BNP Paribas, says a poorly conceived signal from the Fed could trigger a "serious effect" in markets.

"Due to illiquidity you could see severe moves and losses that could spiral." He adds: "These volatility spikes make it harder to manage risks. This is a problem that is here to stay." 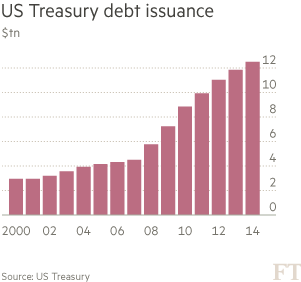 The IMF this week warned: "Without the buoyant liquidity provided by the Federal Reserve, the liquidity-inhibiting impact of regulatory changes, industry consolidation and other secular factors will probably become more pronounced."

From the central bank's perspective, the onus is on dealers to support the bond market in times of turbulence and this week Simon Potter, who heads the New York Fed's Markets Group, said they should act as "good citizens".

His remarks come as regulators continue examining why Treasury yields experienced a sudden and violent swing during a short period of time last October. Dubbed by some as a "flash crash", the initial move was a huge drop in yields, which temporarily boosted Treasury prices and the value of portfolios.

The episode illustrated how liquidity for the world's largest bond market can suddenly evaporate. In his speech, Mr Potter told primary dealers that "whether a firm has a large position, or represents a sizeable share of market activity, it has the responsibility to help support market functioning and liquidity". 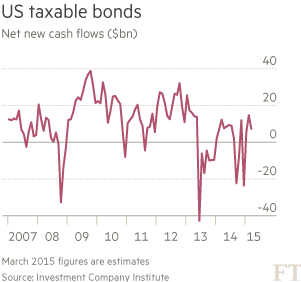 That call cut little ice among dealers whose business model has come under heavy duress thanks to tougher regulations and a challenging operating environment. Slumbering volatility thanks to the Fed's easy money policy has damped market activity, hurting the bottom line for dealers.

Dealers also bristle over how the Fed's hefty bond purchases via quantitative easing has removed several trillions of Treasury debt from the market and harmed overall liquidity in the market.

"There is no economic benefit in being a primary dealer at the moment and why would you step in and support the market if that's the case," says a rates trader in New York.

Erik Weisman, portfolio manager at MFS Investment Management, says ten or 20 years ago the banking sector was capable of collectively acting as a "good citizen" and warehousing some debt in hopes of slowing a market decline and allowing cooler heads to prevail in a panic. "The ability of banks to do that today seems far more limited."

For now, most investors believe a measured pace of Fed tightening, telegraphed well in advance will not unduly rattle the Treasury market.

At a time when US government debt almost counts as a high-yield investment compared with eurozone or Japanese bonds, money managers predict the 10-year yield will stay anchored near the 2 per cent mark even when the hikes begin.

But many are still eyeing the Fed's looming lift-off with trepidation.

"The liquidity situation does worry me, the broker dealer community does not have the willingness or ability to take the other side of bond trades," says James Sarni, managing principal at Payden & Rygel.