This morning.   Despite the past two days’ strong equity gains, the U.S. equity market uptrend remains under pressure.  This morning, equity futures are lower after a mixed October jobs report (lower than survey results, but strong revisions to August and September) that generally supported the view of a slowly accelerating U.S. economy. European sovereign debt remains a focus.  A Greek parliamentary confidence vote is expected sometime during the U.S. trading day.  Italian 10-year sovereign debt yields are higher today.  The dollar is slightly stronger, but off the day’s best levels. Otherwise, 3Q2011 earnings reports continue generally better than expected.  Equity options markets suggest a neutral short-term outlook.  Asian markets closed higher on mixed volume, with better strength in Japan and Hong Kong. Eurozone equities opened higher but are currently mixed and weakening. Commodities prices are mixed.  U.S. Treasury yields are slightly higher.  U.S. repo rates remain at low levels.  Overnight and 3-month LIBOR remain elevated, near the year’s highs.  Euribor-OIS spreads are near 2011 highs.  After a fair value adjustment of +1.75 points, December SPX equity futures are at 1249.00, down -8.15 points.  The SPX opens at 1261.15, -7.51% below its April 29 multi-year 1363.61 closing high, +2.80% above its 20-day and +5.63% above its 50-day moving averages.  The SPX is +0.28% below its 1257.64 year-end close.  Next resistance is at 1271.30; next support is at 1242.90.
Thursday.  For a second consecutive day, U.S. equities posted strong gains, but on much stronger volume. Greece-related concerns again subsided, the ECB cut its benchmark rate, and U.S. economic reports generally surprised positively. The Nasdaq posted the best +2.20% gain, followed by the NYSE composite, SPX, and DJI, which gained +1.93%, +1.88%, and +1.76%, respectively.  Markets opened higher, but sold off after a credit downgrade of investment bank Jeffries Group (NYSE:JEF). In the context of the recent MF failure, all financial shares sold off sharply, and JEF was twice halted for “circuit breaker” moves in excess of limits, both on the way down and again on the way back up. From 1,237.90, the SPX traded to 1250 at the open, but fell back to an intraday low of 1234.81 just after 10:00, when JEF issued a statement taking issue with the downgrade. The statement seemed to satisfy the markets, which moved quickly higher and trended better through the day to end just short of intraday highs. Volatility fell sharply.  Market breadth was positive, and up volume led down volume, both by large margins.  All market segments closed at least +1.16% higher. Leaders were oil and gas, technology, and industrials, which gained at least +2.41%. Financials gained +1.88%, but performance was hurt by the early drama. Laggards were consumer services, health care, and utilities.
Trading desk commentary focused Eurozone developments and noted the ongoing market nervousness, evident both in a huge overnight swing in equity futures and the effect of the JEF drama in early trading. Despite the increase in volumes, buyers remain unaggressive, though short sellers are as well. Focus is primarily macro, with talk of possible precautionary IMF credit lines to Spain and Italy, a possible parliamentary confidence vote in Italy, and opacity on most aspects of Greece. 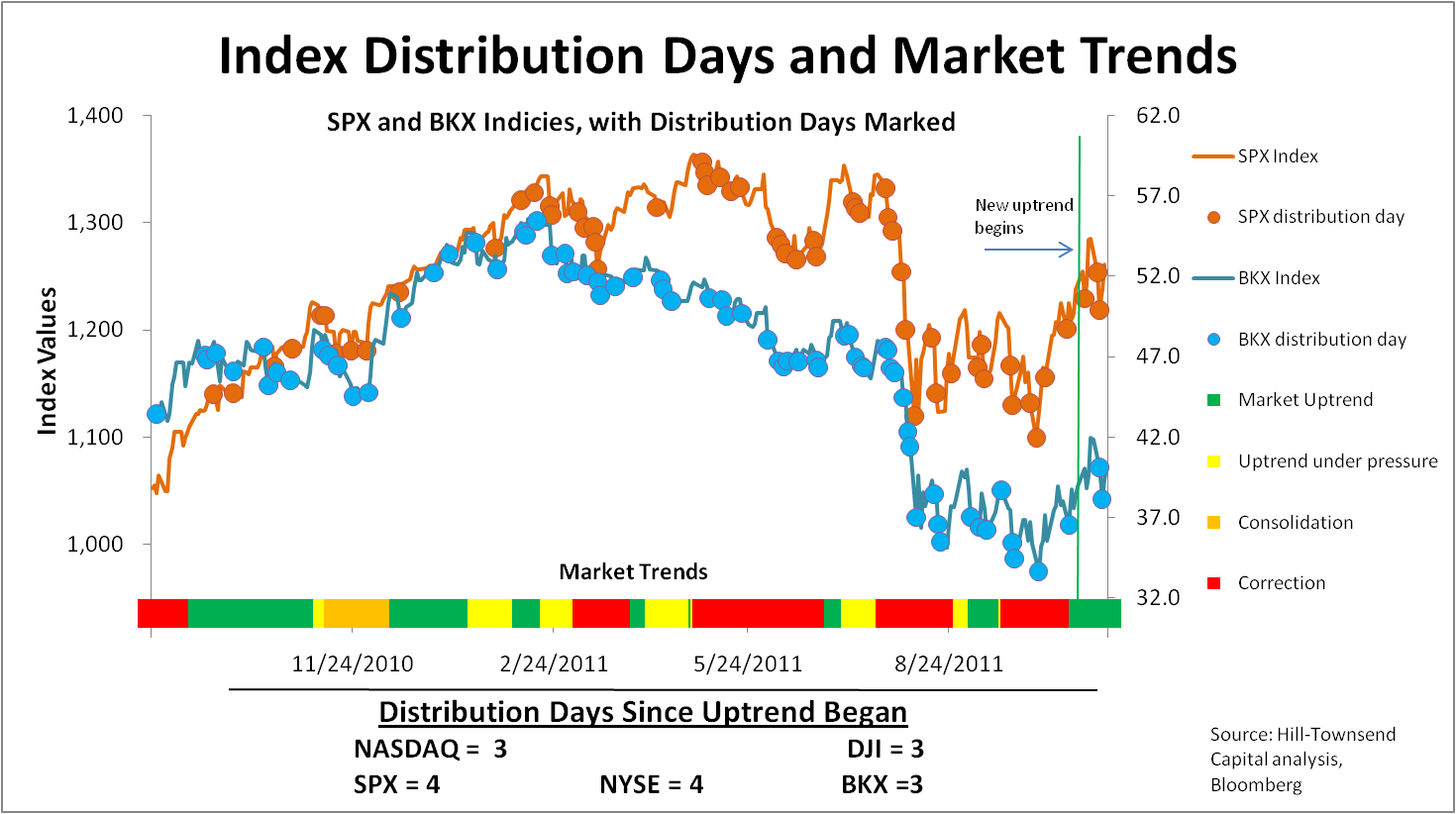