Dr. Thomas K. Carr (aka “Dr Stoxx”) is the Founder of DrStoxx.com (formerly “Befriend the Trend Trading”). He holds M.Phil. and D.Phil. degrees from the University of Oxford. For 16 years he was a tenured professor and department chair. He currently is a fulltime trader, market analyst, trading systems developer, and trainer of traders. His management company, Kingdom Capital (est. 2012), manages “The 8:18 Fund”. Dr. Carr is author of two bestselling trading books: "Trend Trading for a Living" (McGraw-Hill, 2007) and "Micro-Trend Trading for Daily Income" (McGraw-Hill, 2010). They have been translated into Chinese, Japanese and Korean. His new book, "Market-Neutral Trading", was just published. Dr. Carr’s insights into the markets have been published in "The Wall Street Journal", "US News and World Report", "Investors Business Daily", and "Technical Analysis of Stocks and Commodities".

It seems to be passing by with nary a glance from the mainstream media. No, I'm not talking about Santa filling his sleigh and testing his reindeer. I'm talking about today marking the 100 year anniversary of one of the most powerful institutions in this most powerful of nations: the Federal Reserve.

100 years ago today -- December 23rd, 1913 -- President Woodrow Wilson signed into law the Glass-Willis Act (sometimes called the Federal Reserve Act), creating the Federal Reserve System as an independent agency of the U.S. Government. The Federal Reserve did not begin its formal operations until November, 1914, but the act put into place The Reserve Bank Operating Committee, charged with building a working institution around the newly passed law. The 12 cities originally chosen as sites for regional Reserve Banks opened for business just on the eve of World War I.

The Federal Reserve consists of a board of governors, nominated by the sitting President and confirmed by the Senate, who then serve fourteen-year terms of office. Today the Fed sets its monetary policy through the Federal Open Market Committee (OTCPK:FOMC) -- established by Congress in 1933 -- after receiving economic input from, among other avenues, the Federal Advisory Council, the Consumer Advisory Council, and the Thrift Institutions Advisory Council. Among the FOMC's powers are the establishment of the Federal Funds Rate, coordinated efforts with the U.S. Treasury to establish the exchange value of U.S. dollars, and various forms of monetary investments (e.g., "quantitative easing") designed to target healthy interest and inflation rates. 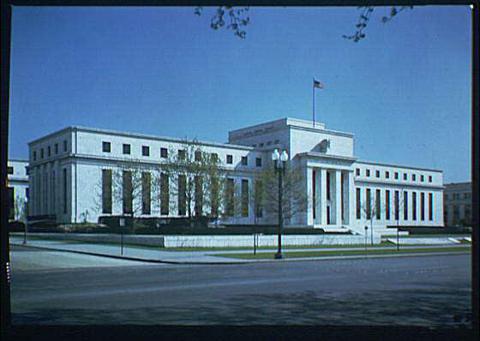 The Fed was created in response to 5 major economic crises that had plagued the U.S. economy in the aftermath of the Civil War. President Wilson wished to build a kind of "quasi-decentralized" central Bank that would balance the interests of private banks with the needs of the general populace for a stable currency, secure savings, and fair lending rates. It is open to debate how successful this grand attempt at a compromise has been. What is less debatable is just how controversial an institution the Fed has become in recent years.

Fed-bashers today stand in a tradition that dates back to The Great Depression of 1929 - 33. During the 1920's, with Europe a heap of smoldering rubble, the Fed under the leadership of N.Y. Governor Ben Strong took aggressive action to stave off a creeping recession. The Fed began a form of interest-rate targeting by buying government securities, which in turn fueled speculative lending. The plan backfired. In October, 1929, the market crashed, 10,000 banks closed, and the country spent the next four years languishing in economic depression.

Hindsight is "20/20", they say, and from that perspective it has become de rigueur to blame the Fed for an inadequate understanding of monetary economics. Nobel Laureate Milton Friedman said as much in his work, "A Monetary History of the United States".

Current Fed Chief, Ben Bernanke, seems to agree. At a Nov. 8, 2002, conference to honor Friedman's 90th birthday, Bernanke, then a Federal Reserve governor, gave a speech at The University of Chicago where he said,

"I'd like to honor Milton Friedman by talking about one of his greatest contributions to economics, made in close collaboration with his distinguished coauthor, Anna J. Schwartz. This achievement is nothing less than to provide what has become the leading and most persuasive explanation of the worst economic disaster in American history, the onset of the Great Depression - or, as Friedman and Schwartz dubbed it, the Great Contraction of 1929-33.

… As everyone here knows, in their "Monetary History" Friedman and Schwartz made the case that the economic collapse of 1929-33 was the product of the nation's monetary mechanism gone wrong. Contradicting the received wisdom at the time that they wrote, which held that money was a passive player in the events of the 1930s, Friedman and Schwartz argued that "the contraction is in fact a tragic testimonial to the importance of monetary forces." 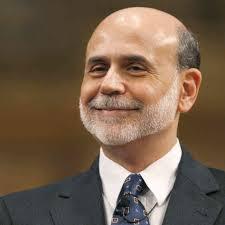 The soaring inflation of the 1970's, with its double-digit interest rates, skyrocketing federal debt, and incessant lines to buy gas, has also been laid at the feet of the Fed. In 1951, Congress passed an act called the "Treasury-Fed Accord", which eliminated the obligation of the Fed to monetize the debt of the Treasury at a fixed rate. With this newfound freedom, the Fed tackled the first serious economic downturn since the 1930's by lowering interest rates. This spurred employment, but also spiked inflation and oil shortages (remember even-odd" days?). Then in 1979, under the new leadership of Paul Volker, the Fed reversed course and raised rates so high that some money market funds were offering 20% returns! By the time President Reagan came to office, the country was in deep recession, inflation was at 14% and national unemployment over 10%. 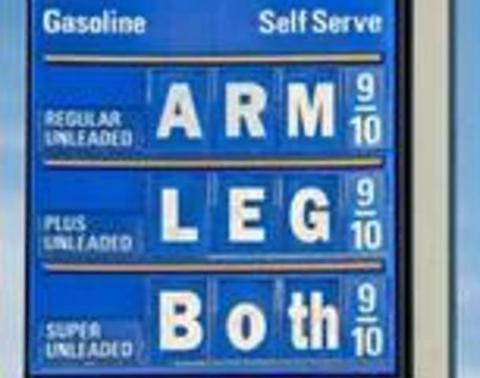 The Fed has weathered through a number of storms since the late 1970's. These include the following:

Some say the Fed is as much to blame for these disasters as it is the reason they have been so short-lived. But wherever one stands on the "scrap the Fed" vs. "reform the Fed" spectrum, one thing is clear from its 100 year history: as goes the Fed, so goes (at least for the short-term) the U.S. economy. And it is truer than ever today, given our economic position in the world, that as goes the U.S. economy, so goes the world!

Coincidentally, federal income tax was also introduced in 1913, 100 years and 2 months ago. Some would say that between progressive taxation and "centralized" monetary policies, we have in the making the twin pillars of America's undoing as an economic superpower. Only time will tell whether that is true. Others would say that both are necessary to a growing, modern nation intent on being responsible with its many financial blessings. Either way, the debate rages on...