Co-host of Behind The Idea podcast. As Managing Editor - Contributor Content, I lead the Seeking Alpha team dedicated to curation of crowdsourced investment research and commentary. I am a CFA charterholder and member of the CFA Society Washington, DC.

I see a lot of references on Seeking Alpha and elsewhere to the market PE ratio. The Wall Street Journal gives the S&P 500 PE as 22.6 as of 10/30/2015. This "average" number has always been a little unsatisfying to me as a valuation benchmark. Here's one reason why: 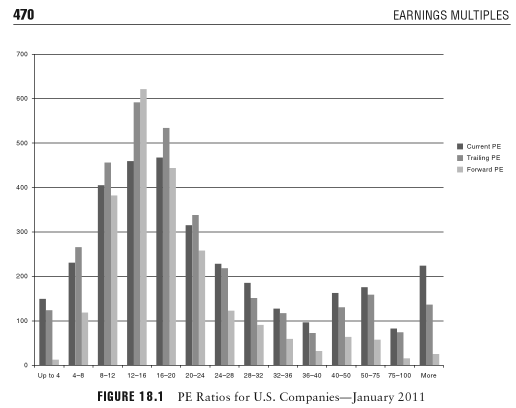 I don't know what the shape of the 2015 distribution is, but I'm confident that the "average PE" today would carry many of the same pitfalls we see in the 2011 chart above.

Be careful what you pay for, I guess.