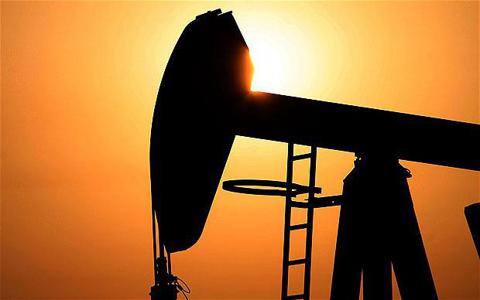 Peak Oil is in the headlines again. Greased by the Oil mass media would like you to think that everything could be kept as it is - but it is not true any more. More and more people understand this mega trend and energy transition will the 21st century investment game. Just look what people with money and vision do now, not only what they are talking about.

"In recent months we've seen a spate of assertions that peak oil is a worry of the past thanks to so-called "new technologies" that can tap massive amounts of previously inaccessible stores of "unconventional" oil. "Don't worry, drive on," we're told.

We can fall for the oil industry hype and keep ourselves chained to a resource that's depleting and comes with ever increasing economic and environmental costs, or we can recognize that the days of cheap and abundant oil (not to mention coal and natural gas) are over."

Lithium Rush: The Art Of War In The Markets: China Getting Ready For 5 Million Electric Cars by 2020

"China has the money, political will and the technology to leapfrog into the post carbon world. Oil is the geopolitical issue already and it will define the sharp edge between the state of War and Peace in the nearest future. As one very wise and honest person has put it: "How to stop wars and terrorism? - Stop using Oil." We will paraphrase it here: How to Survive? - Stop using Oil - at least for transportation.

Electric Cars produce the one life time opportunity for China now - do not get us wrong, not everything is driven by the ancient wisdom of "The Art Of War", but just look at what people are doing and not what they are talking about. It is the most apparent situation in the strategic commodities markets - Rare Earths are already controlled by China, Graphite is under the siege and Lithium is the next frontier. Despite all noise in the media, China is steadily implementing its 12th Five Year Plan - to build the new strategic industry based on Electric Cars.

We hope, that China is transforming "The Art Of War" into the Art Of Survival for the benefit of all, but the Western world which is teared apart by the latest financial structural crisis is falling dangerously behind now."

IF THE LOOMING GLOBAL OIL CRUNCH HAS BEEN POSTPONED FOR ANOTHER DECADE OR TWO AS WIDELY ALLEGED, THIS IS FAR FROM OBVIOUS IN TODAY'S COMMODITY MARKETS.

Brent crude jumped to $115 a barrel last week. Petrol costs in Germany and across much of Europe are now at record levels in local currencies.

Diesel is above the political pain threshold of $4 a gallon in the US, hence reports circulating last week that the International Energy Agency (NASDAQ:IEA) is preparing to release strategic reserves.

Barclays Capital expects a "monster" effect this quarter as the crude market tightens by 2.4m barrels a day (bpd), with little extra supply in sight.

This is a remarkable state of affairs given the world economy is close to a double-dip slump right now, the latest relapse in our contained global depression. More