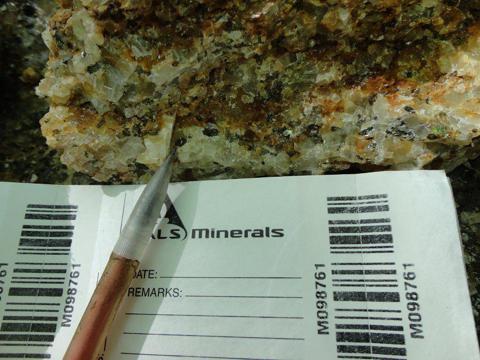 Visible large flake graphite was identified in multiple drill holes from this campaign. 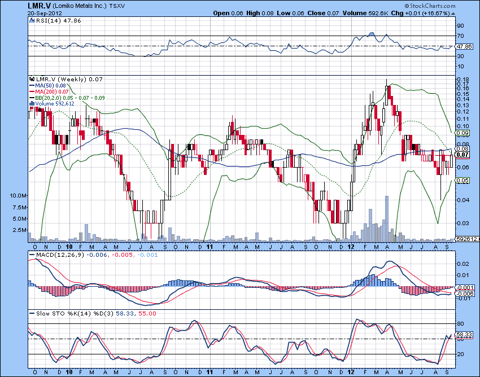 "With all fireworks happening in Junior mining sector now Lomiko is waiting on the sidelines, but the ongoing drilling program can change it all in heartbeat. CEO Paul Gill is constantly buying Lomiko Metals shares and it looks like he is putting his name solidly on the company success - we like it, this is the way to build the business.

Time is to study him, his story and his company - Lomiko Metals. QE3.0 will push all assets higher, but after first excitement with Gold and Oil going Up structural problems of Energy Transition will bring Lithium and Graphite to the traders' screens again. Paul's motto is "Buy low, build high" - we like it! The results will show how high can can build it."

Lomiko Metals is an early stage mineral exploration company with a focus on electric minerals and gold primarily in British Columbia and Chile.

The purpose of the exploration campaign was to confirm historic drilling completed by previous operator Graphicor in 1992, which indicated significant intercepts of graphite. Lomiko did not have and does not have access to drill core from that period and was required under National Instrument 43-101 to re-drill some holes to verify results. Lomiko did have access to a report which included GPS locations of drill collars from the previous drilling which helped determine the location of a majority of the new drill holes.

Lomiko has begun the process of shipping drill core to the lab for testing. Even though initial information is encouraging, specific characteristics such as flake size, grade of graphite per tonne, recovery rates and calculation of intercept lengths will be vital in determining the ultimate success of the project.

The previous drilling by Graphicor at Quatre Milles East indicated a near-surface, road-accessible target which was intersected by multiple drill holes during historic, non-NI 43-101 compliant drilling. The available information has been complied into a NI 43-101 report which will be the template for describing a resource if the drilling program is successful. It is available at:

-Southwestern Quebec is host to some of the most favorable geological terrain for graphite exploration in Canada and is known to host graphite resources, including the nearby Lac Des Iles Mine operated by Timcal.

-Graphite has many important new applications such as lithium-ion batteries, fuel cells, and nuclear and solar power that have the potential to create significant incremental demand growth.

-There is roughly 20-30 times more graphite by weight needed to produce a lithium-ion battery than there is lithium.

-Of the 1.2 million tonnes of graphite produced annually, approximately 40 per cent is of the most desirable flake type.

High-growth, high-value graphite applications require large-flake and high-purity graphite which is the prime exploration and development target at the Quatre Milles East Property.

The Quatre Milles East Property is road accessible and is located approximately 175 km northwest of Montreal and 17 km due north of the village of Sainte-Veronique, Quebec. The property consists of 28 contiguous claims totaling approximately 1,600 hectares.

The property was originally staked and explored by Graphicor in the summer of 1989 based on the results of a regional helicopter-borne EM survey. The underlying geology consists of intercalated biotite gneiss, biotite feldspar gneiss, marble, quartzite and calc-silicate lithologies of the Central Metasedimentary Belt of the Grenville Province.

The Company cautions that it has not had the chance to verify the quality and accuracy of the historic sampling and drilling results reported in this news release which predate the introduction of NI 43-101 and cautions readers not to rely upon them. The historic figures were generated from sources believed to be reliable, however, they have not been confirmed. Although the sampling and drilling results are relevant, they have not been verified.

-Graphite prices have been increasing in recent months and over the last couple of years prices for large flake, high purity graphite (+80 mesh, 94-97%C) have more than doubled.

-Graphite prices have almost tripled since 2005 due to the ongoing industrialization of China, India and other emerging economies and resultant strong demand from traditional steel and automotive markets.

-Demand for graphite is expected to rise as electric vehicles and lithium battery technology are adopted, nuclear reactors are built in China, and if fuel cells and graphene patents become products.

-China, which produces about 70 per cent of the world's graphite, is seeing production and export growth leveling, and export taxes and a licensing system have been instituted.

-Europe and the USA have both indicated graphite is of economic importance and has a supply risk (Critical Raw Materials for the EU, July 2010).

Jean-Sebastien Lavalle (OGQ #773), geologist, a Qualified Person as defined by National Instrument 43-101, has reviewed and approved the technical content of this release.
For more information, review the website at lomiko.com, contact

Please, do not forget, that we own stocks we are writing about and have position in these companies. We are not providing any investment advise on this blog and there is no solicitation to buy or sell any particular company