"International Lithium has demonstrated very impressive exploration success this year, our team is extremely pleased with the advance of our projects to date, resultantly I would like to provide a more comprehensive update to our shareholders" - Kirill Klip, President of ILC.

"If at first, the idea is not absurd, then there is no hope for"

"'I think there is a world market for about five computers'

Remark attributed to Thomas J. Watson (Chairman of the Board of International Business Machines), 1943" 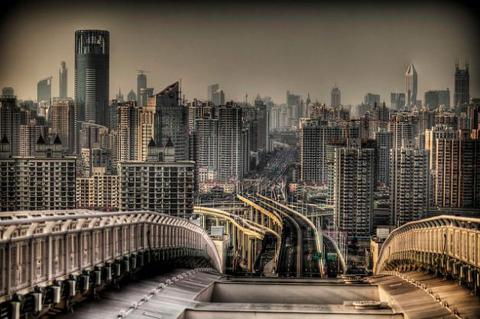 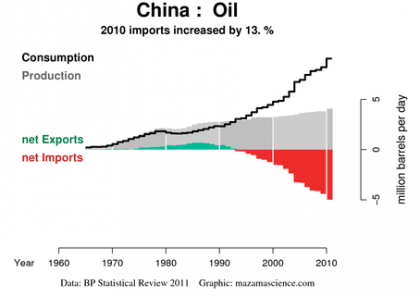 "China knows too well the real price of Oil. All recent data points out that the spare capacity in Oil production is running dangerously low and any decreased demand from the developed world was immediately substituted by the rising demand from emerging economies."

It Is All About Energy Transition.

Lithium Rush: The Art Of War In The Markets: China Getting Ready For 5 Million Electric Cars by 2020

Speed and Spin will be very important in This Game.

Kirill Klip, President of International Lithium - is on the Christmas shopping again, buying his own company shares in the market. 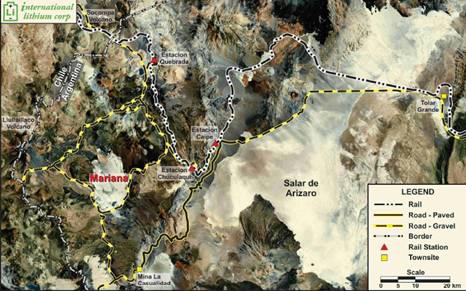 Vancouver B.C. December 6, 2012: International Lithium Corp. ("ILC" or the "Company") (ILC: TSX-V) is pleased to announce that the Company has initiated permitting and preparations for drilling and bulk sampling brine for metallurgical testing on their wholly owned Mariana Potash-Lithium project in Argentina.

A combination of sonic and reverse circulation drilling is planned to occur in the first half of 2013 to develop an understanding of the resource potential for the entire salar, but focusing on the potash and lithium concentrations and distribution in the central one-third of the salar. GEOS Mining, an Australian geological consultancy with experience in brine resource estimation, has been retained to assist in planning the project and carry out the necessary studies to support a resource estimation if warranted at this stage.

The Company will also collect bulk samples of the brine to be used for more advanced process and recovery testing. The implementation of a program to install test evaporation ponds and a pilot plant is being considered for this stage in addition to hydrogeological, climatic and geophysical studies. 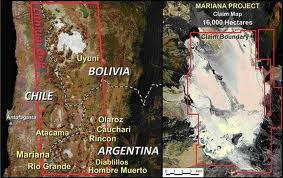 "It is important to our strategic partner that we gain an early understanding of the variations in the unique chemical composition of our source material. We will be working closely with their technical teams to evaluate process methodology and determine final lithium and potassium products that can be produced from the Mariana brines." commented Kirill Klip, President of International Lithium Corp., "By conducting these studies prior to a detailed resource evaluation, we can better direct our efforts to determine the economic viability of the project." 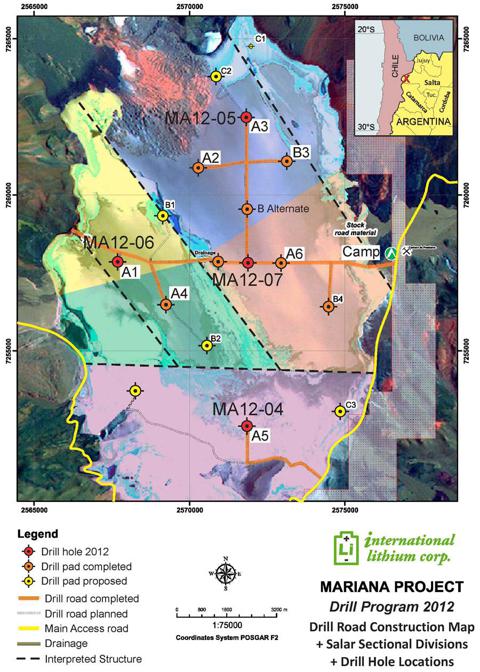 About the Mariana Project

The Mariana potash-lithium brine project at Salar de Llullaillaco in Salta, Argentina, consists of several contiguous mining claims that cover an expansive 160 square kilometres. The claims strategically encompass the entire salar and a significant portion of the surrounding area (to provide site facilities for a processing plant if the project proves to be economically viable). The claims are 100% wholly optioned by the Company.

Salars, or salt lakes, host some of the largest known lithium resources in the world and the Mariana basin is one of the more prominent salars in the renowned lithium belt of South America, currently accounting for more than 70% of global lithium production.

Initial surface brine sampling revealed highly compelling geochemistry reporting average grades of 440 milligrams per litre ("mg/L") lithium and 12,700 mg/L potassium. The potassium levels were unexpected and represent some of the highest grades comparative to any of the neighbouring salars outside of the world class operation on the Atacama salar in Chile. 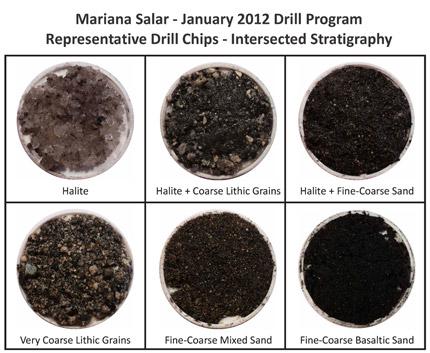 The upper stratigraphic interval is primarily halite varying in depth from 18 to 32 metres in the peripheral areas and 66 metres deep proximal to the center of the salar. Below this predominantly halite layer an extensive mixed evaporite layer approximately 32-52 metres thick, consisting of greater than 60% fine to coarse sand, was encountered in the three peripheral holes. Below the evaporite sequences in all holes, an extensive medium to coarse grained, dark coloured, basaltic sand interval was encountered. Brine flow measurements recorded during drilling increased markedly below the halite sequence throughout the sand rich layers.

Unconsolidated stratigraphic units with a significant granular or sand component possess physical characteristics that allow them to maintain a higher degree of permeability and porosity at greater depths than halite (salt) units. Consequently, they represent a potential aquifer for hosting brine at depth and are an important target in the lithium-potash brine exploration model. The measured brine densities, ranging from 1,190 to 1,298 grams per litre ("g/L"), reflect a considerable quantity of dissolved salts, approximately 10 times the salinity of seawater.

John Harrop, P.Geo, FGS, is the Company's Qualified Person on the project as defined under NI 43-101 and has reviewed the technical information contained in this press release.

Ganfeng Lithium, based in Xinyu, Jiangxi Province, China, is a professional producer of lithium products which has developed a comprehensive product chain, including lithium metal and alloys, inorganic and organic lithium chemicals, supplies a wide range of lithium products for primary and secondary lithium battery market, pharmaceutical and new material industries. Ganfeng Lithium's principal market is in China with international exports to Europe, Japan, the USA and India. Ganfeng Lithium was founded in 2000 and listed on the Shenzhen Stock Exchange in August 2010, notably as the first publicly listed lithium company in China and has experienced rapid continuous growth over the last 11 years.

Ganfeng Lithium is a major shareholder and strategic partner to International Lithium Corp., currently holding approximately 17.5% of the issued and outstanding shares of ILC.

The Company's primary focus is the Mariana lithium-potash brine project in Argentina within the renowned South American 'Lithium Belt' that is host to the vast majority of global lithium resources, reserves and production. The 160 square kilometre Mariana project strategically encompasses an entire mineral rich evaporite basin that ranks as one of the more prospective salars, or 'salt lakes' in the region.

Complementing the Company's lithium brine projects are rare metals pegmatite properties in Canada and Ireland that have revealed through recent highly positive results a clear potential that the Company will advance with the support of its strategic partner, Ganfeng Lithium. These projects can add distinct value as the Company strives to source rare metals to help meet the increasing demand through the growth in global technologies that utilize the rare metals suite of elements.

With the increasing demand of high tech applications in battery and vehicle propulsion technologies, lithium and other rare metals are no doubt the metals of tomorrow's green tech economy. By positioning itself with solid development partners and projects with significant resource potential, ILC aims to be the green tech resource developer of choice for investors and build value for its shareholders.

International Lithium Corp.'s mission is to find, explore and develop projects that have the potential to become world-class lithium, potash and rare metal deposits.

On behalf of the Board of Directors,

Neither the TSX Venture Exchange nor its Regulation Services Provider (as that term is defined in the policies of the TSX Venture Exchange) accepts responsibility for the adequacy or accuracy of this release. Statements in this press release other than purely historical information, historical estimates should not be relied upon, including statements relating to the Company's future plans and objectives or expected results, are forward-looking statements. News release contains certain "Forward-Looking Statements" within the meaning of Section 21E of the United States Securities Exchange Act of 1934, as amended. Forward-looking statements are based on numerous assumptions and are subject to all of the risks and uncertainties inherent in the Company's business, including risks inherent in resource exploration and development. As a result, actual results may vary materially from those described in the forward-looking statements.