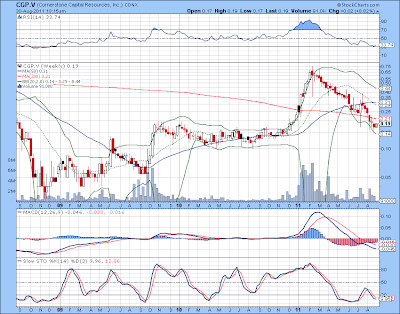 "Juniors: AuRico Gold to Acquire Northgate Minerals and Create A Leading Intermediate Gold Company.  We have a deal in Junior Gold mining space - consolidation will be driving this sector higher. Risk trade is coming back. The deal has valued Northgate Minerals at 45% premium to the average price of the past 20 days.
We are following here another merger in Gold and Silver space and Minera Andes shareholders will have now even more questions to ask the management about valuation in the proposed merger with US Gold.
"Once the panic settles we will see flight to the Real assets, China will not be able to diversify all 1.2 Trillion holdings in US Treasuries, but the gradual transition will be in place - new world currency will be the Hard one based on Gold, Silver, Copper and access to strategic commodities like Oil, Lithium and REE. We are expecting that first the gold Majors will properly reflect the Gold valuation in their market caps and after that liquidity will go downstream into the Gold and Silver Juniors. Copper juniors will be at the mercy of the M&A consolidation game again and Lithium will show its truly strategic status with every uptick in the Oil price again.
James Dines can be right on the money again with his calls this time. And we will be honest with you - we just do not know what to do if political circus will bring US to the abrupt end without the proper glory of the Rome Empire in its final days."
We are monitoring this project generation company with portfolio in multi commodities across the continents.


"Excellence in Mineral Exploration. Cornerstone Capital Resources Inc. has a strong and dedicated technical team who are focused on generating and advancing new projects that have great potential for discovery. Cornerstone leverages its own exploration funding through joint venture and strategic partnerships, providing shareholders with potential for success at lower risk. Cornerstone has a diversified portfolio of gold, silver, copper, nickel, VMS, rare earth elements, and uranium properties in Canada, Ecuador and Chile." 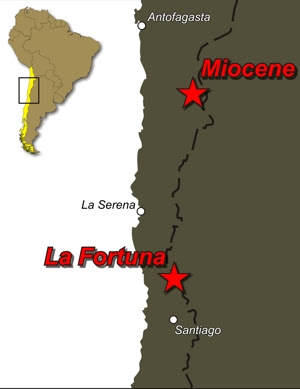 "Cornerstone's two most recent acquisitions, made through its wholly-owned subsidiary Minera Cornerstone Chile Limitada ("MCCL"), are the Miocene and La Fortuna projects in Chile. The Miocene project is located in the Regions of Atacama and Antofagasta of northern Chile, and is targeting epithermal gold-silver and porphyry gold-copper deposits along the interpreted northern extension of the Maricunga magmatic belt which hosts several world-class gold deposits. The La Fortuna project is located in the Valparaíso Region of central Chile, and is targeting manto-type copper-silver and epithermal gold-silver deposits similar to those at the Cerro Negro copper-silver mine and El Bronce epithermal gold-silver district respectively. These projects were selected after two years of careful research and evaluation, and Cornerstone feels both offer tremendous potential for discovery. Chile consistently ranks among the world's top mining jurisdictions, and we are extremely excited to have added these projects to our international portfolio."