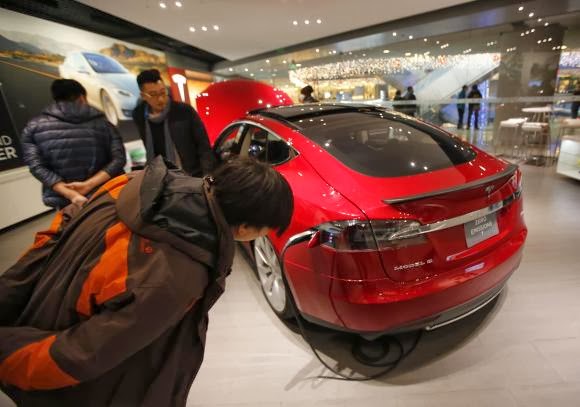 We have another confirmation that China takes Electric Cars very seriously and we can expect now further transfer of technology to Chinese based electric cars production facilities. Subsidies will apply only to Electric Cars produces in China, according to some reports. Tesla move into China will highlight the new technology again and with pollution scare it will get the spotlight of the Chinese media. Tesla Supercharges will be the real game changer for the electric cars mass market.

"Electric Cars are not toys any more and Tesla Model S has demonstrated its reliability in all conditions during this trip. The implementation of the Superchargers network is the game changer for Electric Cars and Tesla Motors is the solid leader in technology here.

The next step in the world-wide expansion will be UK and China. In both countries we have a lot of momentum now. Next few years can allow the company to take by the storm the high premium markets in both countries and roll out its Supercharger infrastructure. The new Tesla model for mass market electric cars will be coming in on the prepared ground to make this revolution for real.

We were quite a few years ahead in a lot of our expectations for electric cars and now can see how this groundbreaking technology is bearing its fruit. Time is to dust off our Lithium darlings, which are still below the radars of investment crowd."

"Electric Cars will be the logical solution for China's pollution problems. At least with urban mobility electric cars can dramatically improve the air quality very fast. For years critics were pointing out that electricity is produced in China in large percentage by the coal power plants, the latest Party Plenum has taken the clear path towards greener electricity sources: natural gas, nuclear, wind and solar.

Now the only thing left out is the reliable technology to put the real electric cars for mass market on the roads. All major electric cars players are already presented in China: Nissan, GM, Ford, Toyota. Home grown BYD is making its way with electric proposition and taking the market of Electric Buses now. Tesla Motors is already selling Model S in China and there are reports that this electric car can be produced in China as well. Kandi with its concept of electric cars for rent from the vending machine is another very important development. We are talking here not only about Beijing and Shanghai, but more than 160 cities in China with population over 1 million people.

Now China again makes the bold move into the electric space and its lithium batteries and lithium materials industry is making very big progress under the radar screens of general investors. We are following here Ganfeng Lithium and International Lithium and they are getting into the interesting development stage of this cycle now with UK promoting electric cars and China coming back in this high stake technology game with the new force."

"China is literally chocking with pollution and electric cars are the obvious solution for urban mobility over there. Lithium developers are out of market favour now, but wait when investors will connect the dots again. Ganfeng Lithium is already the market leader in China in the lithium strategic supply chain and extending its raw material base with International Lithium strategic partnership. Today's news from UK are putting new perspective to International Lithium 10 million J/V development partnership in Ireland with Ganfeng Lithium.

"Mr. Kirill Klip stated, "We are working to advance our Blackstairs Lithium project early in 2014 under the ten million dollar joint venture with strategic partner Ganfeng Lithium Co. Ltd. ("GFL"). We are also working with GFL on a corporate structure that will enable the companies to move forward on the Mariana lithium-potash brine project in Argentina." 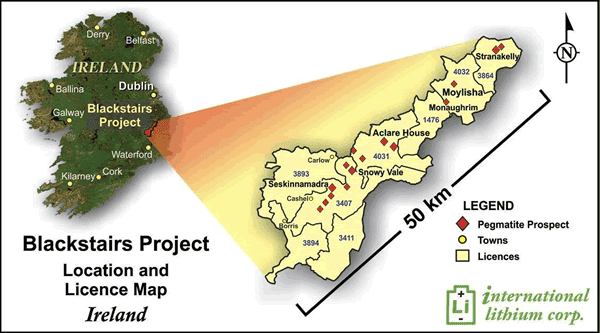 "Now Ganfeng Lithium has the capital to advance its development programs with International Lithium. Once the tax loss selling will be over International Lithium should enjoy better market perception with further advance of Lithium properties in Ireland, Argentina and Canada. Ganfeng Lithium production facilities development shows China's appetite for strategic commodities for electric revolution in order to make transportation and personal mobility still possible after recent pollution scare."

China to extend subsidies on electric cars past 2015

(Reuters) - China's Finance Ministry said on Saturday it will extend a programme of subsidies for buyers of electric-powered vehicles after the current subsidy regime, part of efforts to combat pollution in cities, expires in 2015.

The existing subsidies will be phased out by 2015 as planned, with a new regime to take effect after that date "to preserve policy continuity", the ministry said in a statement on its website. Details of the new subsidies would follow at an unspecified date.

The subsidies were designed to help China meet a goal of putting half a million new-energy vehicles, defined as all-electric battery vehicles and heavily electrified "near all-electric" plug-in hybrids, on the road by 2015 and 5 million by 2020.

Pollution in cities, in part caused by an explosion in car sales

in recent years, is a hot-button issue for China's leaders, and several measures have been introduced, including curbs on sales of petrol-engined vehicles.

The current subsidies of up to 60,000 yuan ($9,800) are available for the purchase of an all-electric battery car and up to 35,000 yuan for a "near all-electric" plug-in vehicle were extended for a further three years at the end of 2012.

Please Note our Legal Disclaimer on the Blog, including, but Not limited to:

There are NO Qualified Persons among the authors of this blog as it is defined by NI 43-101, we were NOT able to verify and check any provided information in the articles, news releases or on the links embedded on this blog; you must NOT rely in any sense on any of this information in order to make any resource or value calculation, or attribute any particular value or Price Target to any discussed securities.

We Do Not own any content in the third parties' articles, news releases, videos or on the links embedded on this blog; any opinions - including, but not limited to the resource estimations, valuations, target prices and particular recommendations on any securities expressed there - are subject to the disclosure provided by those third parties and are NOT verified, approved or endorsed by the authors of this blog in any way.

Please, do not forget, that we own stocks we are writing about and have position in these companies. We are not providing any investment advice on this blog and there is no solicitation to buy or sell any particular company.