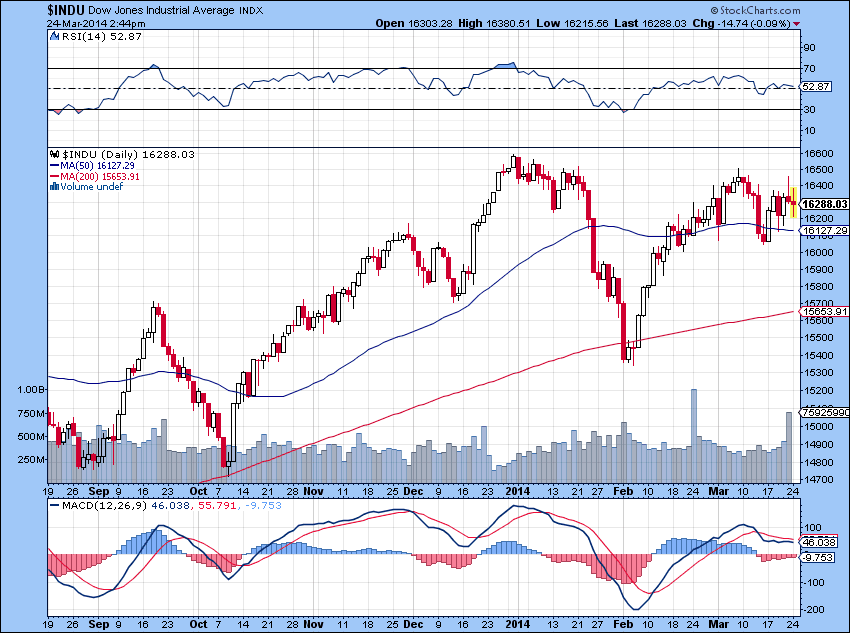 Carl Icahn knows how to move Apple share price with couple of tweets, is he now engaging with the FED and will demand to Taper The Taper? His Call today about the Major Sell Down Of Market Coming is very well timed. On the daily chart above you can see very ugly Bearish Candle printed last Friday. We have very well defined Double Top Bearish Reversal in place. 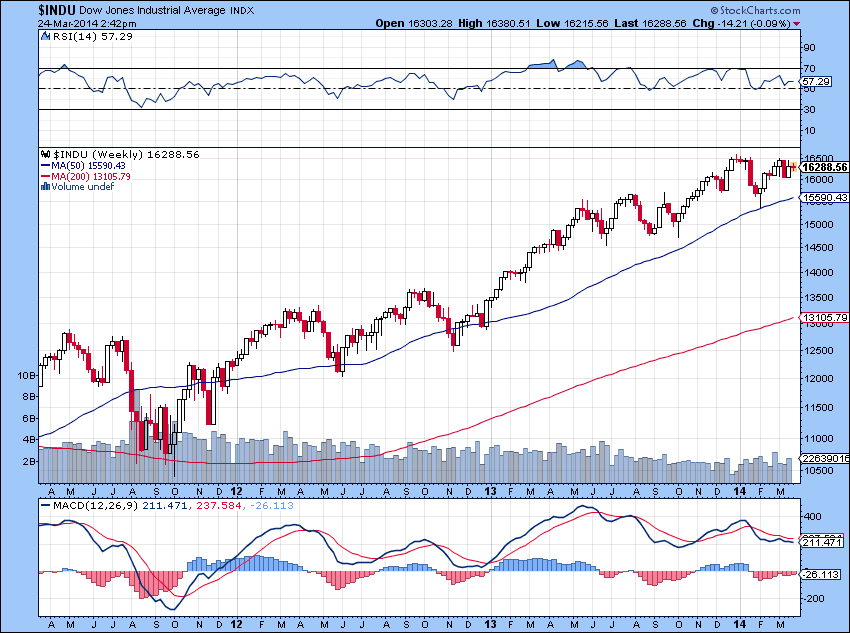 Weekly chart is not much better as well. If the Dow on daily chart will break down we can have the Double Top formation confirmed. Please notice that Volume has not confirmed the Second High and all momentum indicators are going Down as well. Will Carl Icahn help the market to break down now or will he "negotiate" with the FED to Taper The Taper in exchange for his more optimistic tweets?

Today's Sell off in Gold can not masquerade the Golden Cross which we have discussed on Friday and US dollar is smelling something coming diving below 80.00 to 79.80 again.

"Gold has completed The Golden Cross and major Bullish Reversal is underway after this "FOMC week" correction. Now we should move much higher and Goldman Sachs with its call for Gold $1,050 by the end of the year is the very good contrarian indicator."

Carl Icahn's Next No-Brainer? "A Major Sell-Down Of Artificial Market Is Coming"

"Sprinkled in between Herbalife promotion and eBay board decimation, CNBC's favorite crowd-pleaser Carl Icahn offered a few pearls of wisdom that the TV anchors were un-prepared for:

Of course, Icahn did not specify the timing which provided just enough cover for the talking heads to confirm their "but stocks are a buy" perspective. We wonder whether the "sell-down" is as big a "no-brainer" as many of Carl's other ideas.

Icahn had plenty to say:

As an aside, isn't it stunning that the business media hang on every word out of the billionaire investor's mouth (and twitter feed) when it is related to a "buy" or an upward move in stocks... but, once it is in the ball-park of something less than a strong buy to the moon, the comments are briskly dismissed as if he were the next Harry Dent..."