The inflation adjusted income and consumption are "chained", and headline GDP is inflation adjusted. This means the impact to GDP is best understood by looking at the chained numbers. Econintersect believes year-over-year trends are very revealing in understanding economic dynamics. 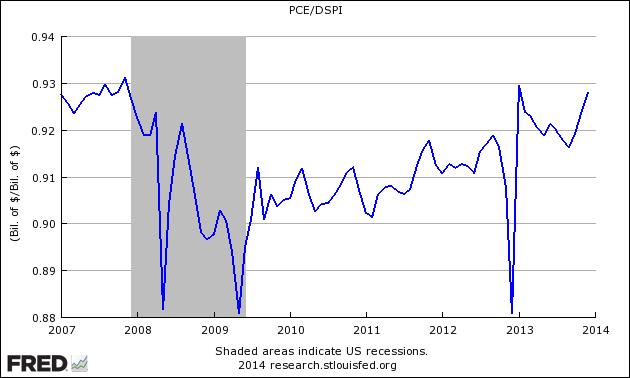 PCE is the spending of consumers. In the USA, the consumer is the economy. Likewise, personal income is the money consumers earn to spend. Even though most analysts concentrate on personal expenditures because GDP is based on spending, increases in personal income allow consumers the option to spend more.

There is a general correlation of PCE to GDP (PCE is a component of GDP). PCE is a fairly noisy index and subject at times to significant backward revision (see caveats below). 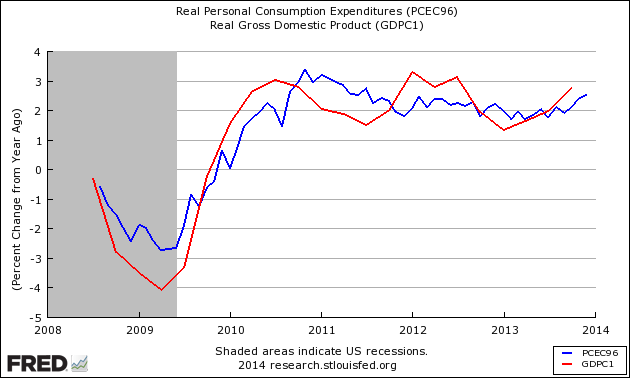 Econintersect and GDP uses the inflation adjusted (chained) numbers. Disposable Personal Income (DPI) is the income after the taxes. 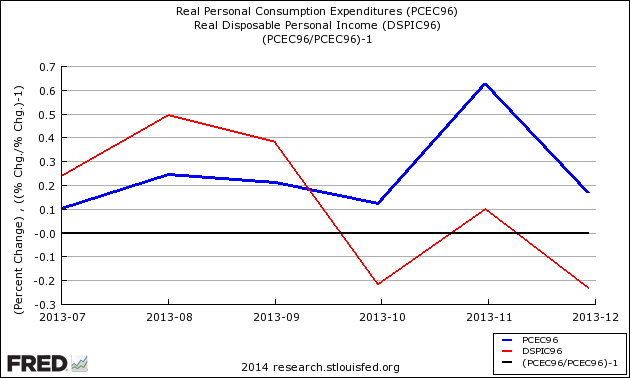 Yet year-over-year growth is not exceptional with both consumption and income below GDP growth - and income growth still lagging consumption. 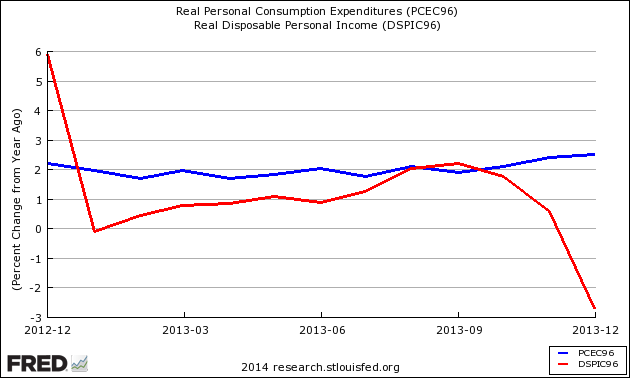 The savings rate has been bouncing around - but the general trend is down. In an economy driven by consumers, a higher savings rate does not bode well for increased GDP. This is one reason GDP may not be a good single metric of economic activity. The question remains what is the optimal savings rate for the current demographics. It might be expected that as people near retirement, the savings rate rises and after people retire, savings rate falls.Econintersect is not aware of any study which documents this effect. The graph below is from BEA table 2.6. - and shows a significant fall in savings rate for January 2013 - and now a recovery is continuing. The savings rate is now 3.9% - now down three months in a row

Personal Savings as a Percentage of Disposable Personal Income 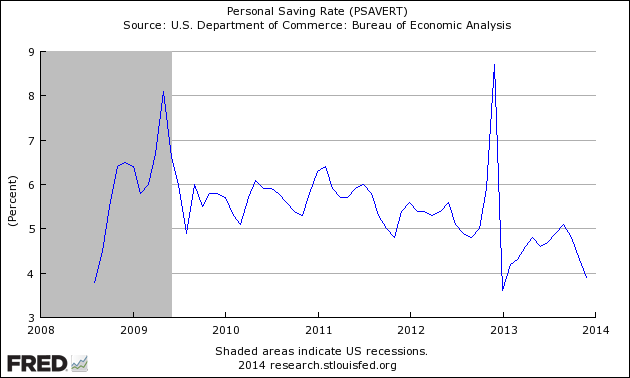 The Econintersect economic forecast for February 2014 continues to confirm a moderately improving economy without the roller coaster effect seen from the end of the Great Recession to mid 2013. Is this suggesting 2014 will be a good year? - This remains to be seen.

The ECRI WLI growth index value has been weakly in positive territory for over four months - but in a noticeable improvement trend. The index is indicating the economy six month from today will be slightly better than it is today. 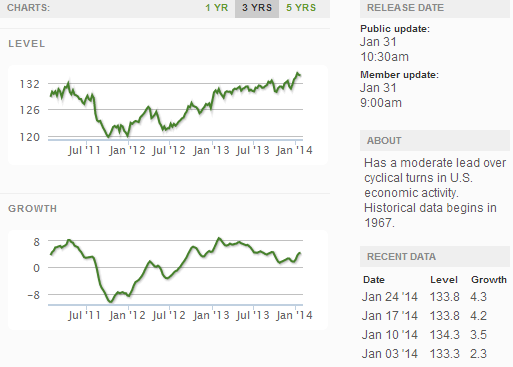 Initial unemployment claims went from 326,000 (reported last week) to 348,000 this week. Historically, claims exceeding 400,000 per week usually occur when employment gains are less than the workforce growth, resulting in an increasing unemployment rate. The real gauge - the 4 week moving average - marginally worsened from 331,500 (reported last week) to 333,000. Because of the noise (week-to-week movements from abnormal events AND the backward revisions to previous weeks releases), the 4-week average remains the reliable gauge.

Bankruptcies this Week: none

{click here} to view all the economic news and opinion this week.