This month there was a significant decline in the year-over-year growth rate for income, but expenditures' growth was little changed.

The savings growth rate was little changed and has remained in a narrow band in 2019.

The real issue with personal income and expenditures is that it jumps around because of backward revisions - and one cannot take any single month as fixed or gospel. As an example, 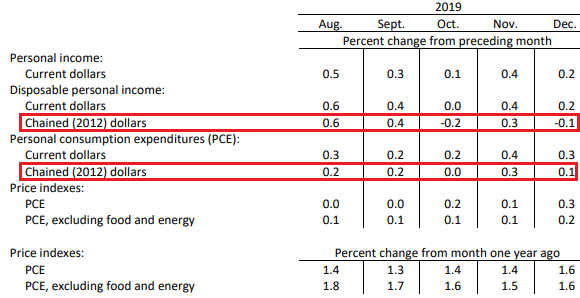 The inflation-adjusted income and consumption are "chained", and the headline GDP is inflation-adjusted. This means the impact on GDP is best understood by looking at the chained numbers. Econintersect believes year-over-year trends are very revealing in understanding economic dynamics.

Per capita, inflation-adjusted expenditure has exceeded the pre-recession peak.

Seasonally and Inflation-Adjusted Expenditure Per Capita 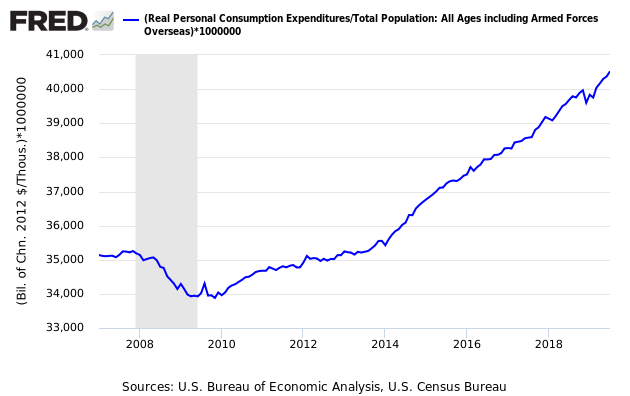 The graph below illustrates the relationship between income (DPI) and expenditures (PCE) - showing clearly income and expenditures grow at nearly the same rate over time. However, recently there has been a divergence with income growing much faster than spending.

The short term trends are mixed depending on the periods selected. 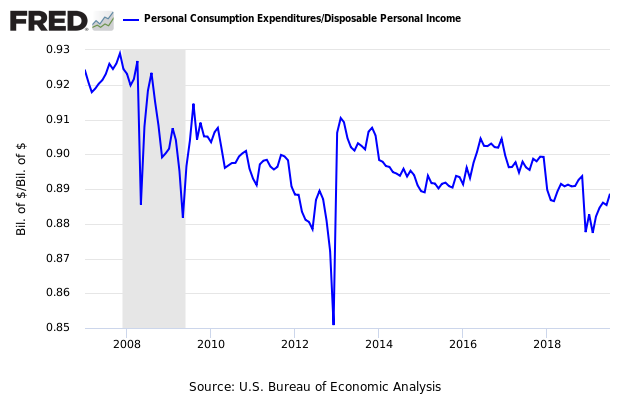 PCE is the spending of consumers. In the USA, the consumer is the economy. Likewise, personal income is the money consumers earn to spend. Even though most analysts concentrate on personal expenditures because GDP is based on spending, increases in personal income allow consumers the option to spend more.

There is a general correlation of PCE to GDP (PCE is a component of GDP). 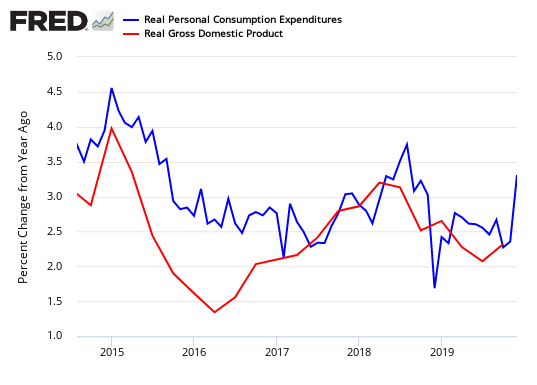 Econintersect and GDP use the inflation-adjusted (chained) numbers. Disposable Personal Income (DPI) is the income after the taxes. 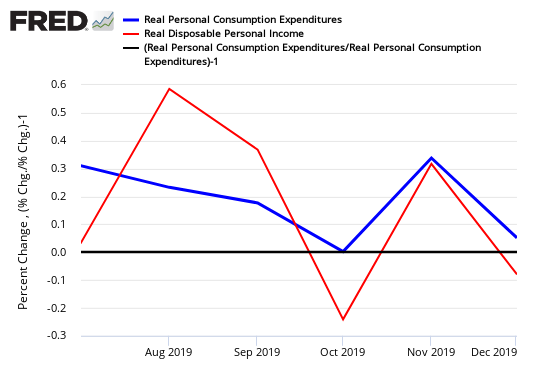 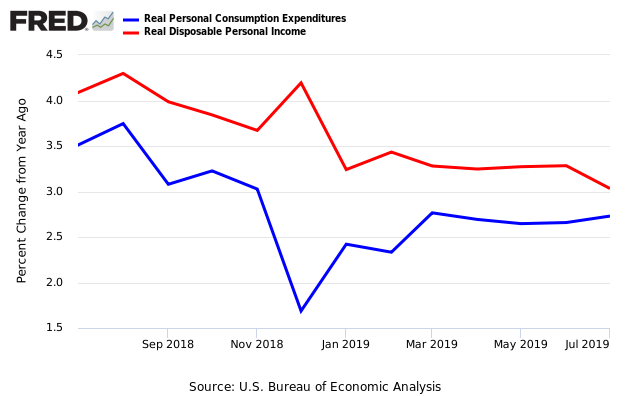 The savings rate has been bouncing around - but the general trend is down since the beginning of this year. In an economy driven by consumers, a higher savings rate does not bode well for increased GDP. This is one reason GDP may not be a good single metric of economic activity.

Personal Savings as a Percentage of Disposable Personal Income 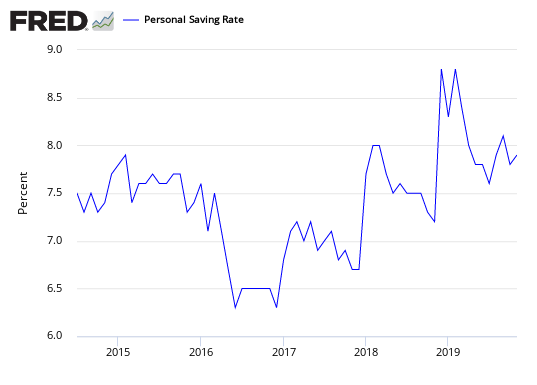 And one look at the different price changes seen by the BEA in this PCE release versus the BEA's GDP and BLS's Consumer Price Index (CPI). We should note that the inflation adjustment is for PCE and Personal Income is usually lower than the ones used for GDP and CPI. 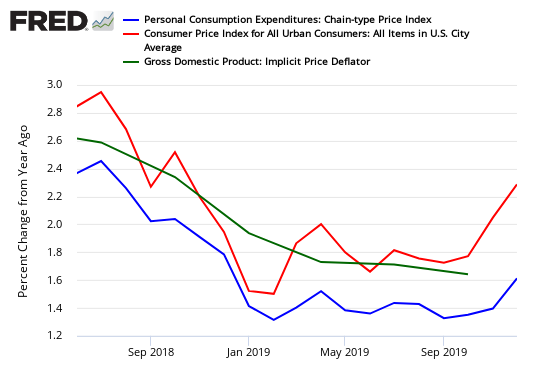 Finally for recession watchers, here is the graph below, here are the elements used to mark a recession. (1) personal income minus transfer payments, in real terms and (2) employment. In addition, we refer to two indicators with coverage primarily of manufacturing and goods: (3) industrial production and (4) the volume of sales of the manufacturing and wholesale-retail sectors adjusted for price changes.

If a line falls below the 0 (black line) - that sector is contracting from the previous month. Personal income is the blue line. Note - the below graph uses multipliers to make movements more obvious (ignore the value of the scale, only consider whether the graph is above [good] or below [bad] the zero line). 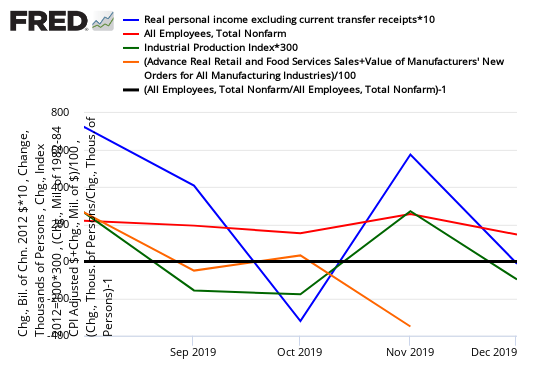 Please visit our landing page for a summary of all of our analysis this past week.