The headline seasonally adjusted BLS job growth was well above expectations. The historical data this month was revised as a result of the annual benchmarking.

Establishment survey data have been revised as a result of the annual benchmarking process and the updating of seasonal adjustment factors. In addition, several changes have been made to household survey data, including the annual update of population estimates.

A summary from the report:

Total nonfarm payroll employment rose by 225,000 in January, and the unemployment rate was little changed at 3.6 percent, the U.S. Bureau of Labor Statistics reported today. Notable job gains occurred in construction, in health care, and in transportation and warehousing.

The economically intuitive sectors were mixed.

A summary of the employment situation:

The following chart compares the job gains/losses this month with the same month historically - this is the best month for job growth/loss since 2015. 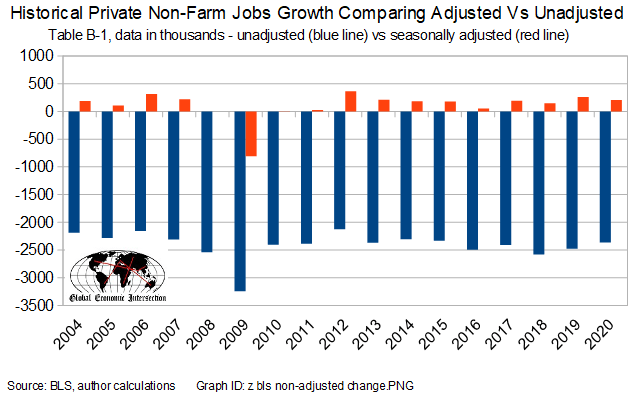 Year-to-date unadjusted employment growth is 115,000 people above the pace of last year - and the best year-to-date growth since 2015. 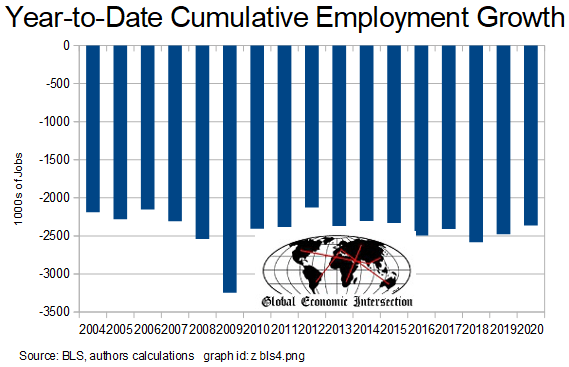 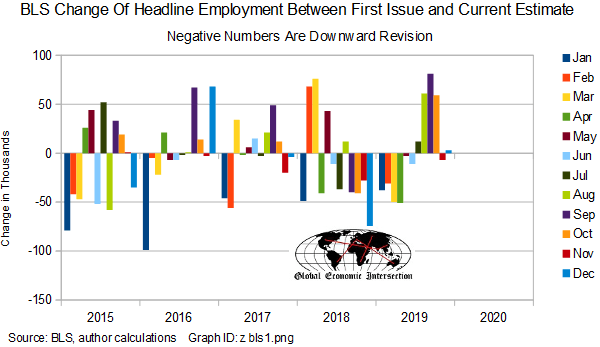 Concentrating on the labor force growth Vs. employment growth - it should be noted that the trend lines have reversed in April 2019.

Most of the analysis below uses unadjusted data and presents an alternative view of the headline data.

The BLS reported U-3 (headline) unemployment was 3.6 % with the U-6 "all-in" unemployment rate (including those working part-time who want a full-time job worsened from 6.7 % to 6.9 %. These numbers are volatile as they are created from the household survey. 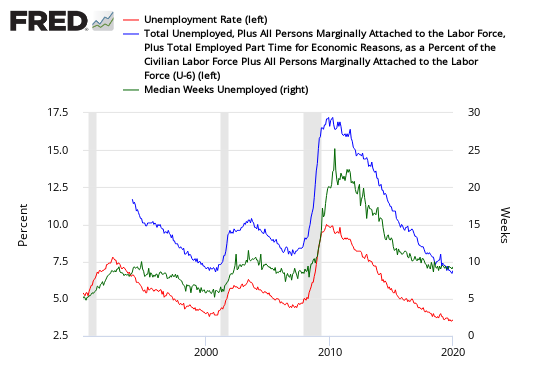 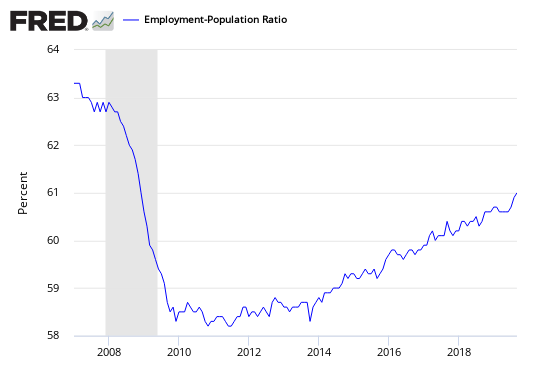 The jobs picture - when the employment/population as a whole - has been on an uptrend since mid-2011. This ratio is determined by the household survey. 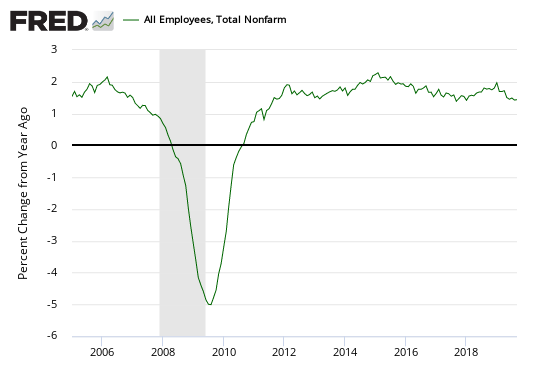 Another way to view employment is to watch the total hours worked where trends vary based on periods selected. 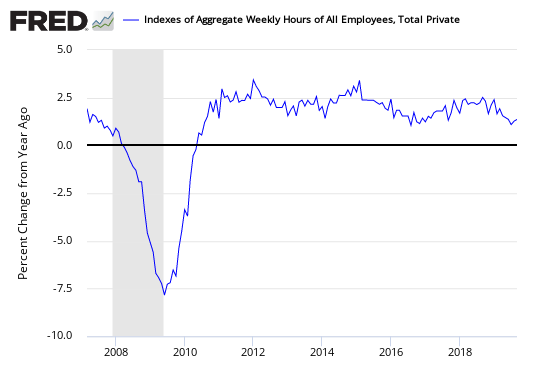 The bullets below use seasonally adjusted data from the establishment survey except where indicated:

Economic markers used to benchmark economic growth (all from the establishment survey).

The truck employment was up 3.2K 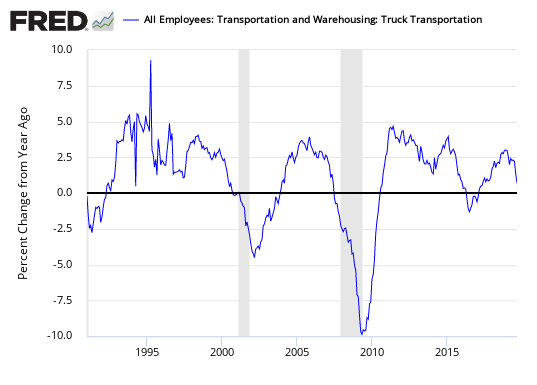 Temporary help was down 1.5K. 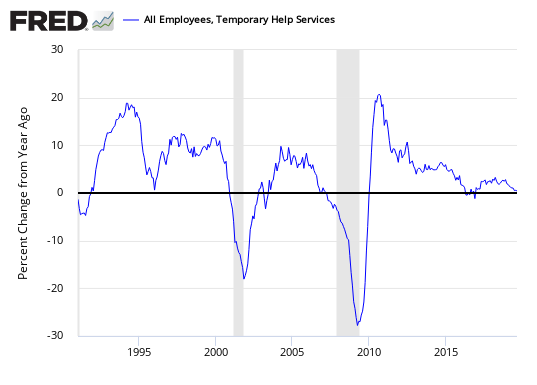 Who are the victims in this employment situation? It is not people over 55.

Women are doing better than men.

The less education one has the less chance of finding a job.

Here is an indexed view of employment levels.

However, keep in mind that population growth is different for each group. Here is a look at employment to population ratios which clearly shows NO group has recovered from the Great Recession:

Small businesses started 2020 on a strong note, adding an average employment change per firm of 0.49 workers, the highest level since March 2019, according to NFIB's monthly jobs report. The small business labor market overall is starting on a good note, with strong hiring and higher employee compensation.

"Small businesses are keeping the strong economic momentum going in the New Year," said NFIB's Chief Economist Bill Dunkelberg. "They are adding jobs and raising compensation. With the help of tax and regulatory relief, the small business economy is a strong force."

Continuing from last year, small businesses' biggest problem is finding qualified workers for their open positions. Twenty-six percent of owners reported it as their No. 1 problem, one point below the August 2019 record high. Sixty-two percent of construction firms reported few or no qualified applicants and 42% cited the shortage of qualified labor as their top business problem. Comparable figures for manufacturing were 52% and 34% respectively.

A seasonally adjusted 37% of owners reported job openings they could not fill in the current period, up four points from December. Fifty percent had job openings in construction, an indication that the inability to assemble teams is a contributor to the lackluster performance of the industry.