ILC currently holds highly prospective projects in the most prolific areas of the world for lithium and rare metals. International Lithium Corp. has recently reinforced its relationship with strategic partner Jiangxi Ganfeng Lithium Co Ltd, from China, through an increased equity stake of 18.1% to further advance the core ILC projects.

TNR Gold holds the strategic stake in International Lithium with its strategic partner Ganfeng Lithium and Royalty on Mariana lithium project in Argentina.

One of the world's largest undeveloped copper deposits to which TNR holds a 0.36% Net Smelter Return (NSR). Located on the Andean copper belt, host to some of the world’s largest copper mines. McEwen Mining Inc. is the owner and operator.

As we have discussed before, China is moving full speed now in the post carbon economy. With its state-level plan to create the EV strategic industry China leapfrogs ICE Technology directly into Electric Cars Space with Lithium Technology. All major automakers are coming in with J/Vs to make Electric Cars now, Tesla is knocking on the doors of the largest auto-market in the world and Chinese own auto brands are staking the places in the future market for the next 50 years.

President and CEO Of International Lithium Buy Shares In The Company. 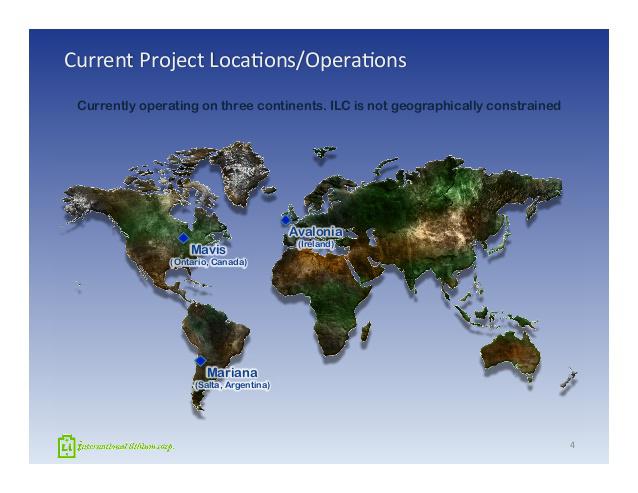 President Of International Lithium Buys 1 Million Shares In The Company. 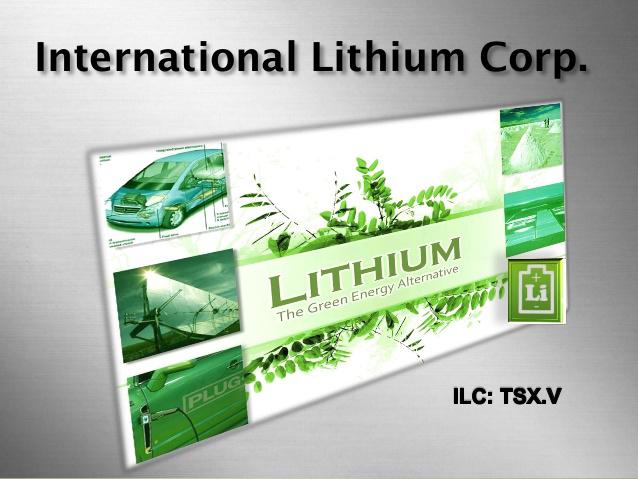 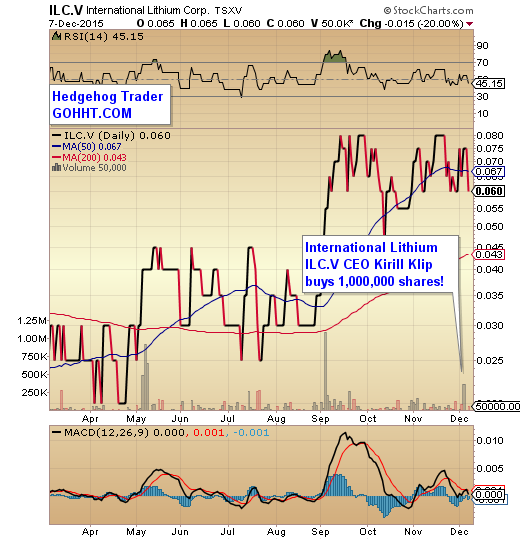 This purchase is above the current market price of ILC. This securities are purchased for investment purposes only. Nothing on this blog must be taken as an investment advice and I can buy and sell any securities without any further notice.
Please access insider reporting filing on SEDI and latest financial information on all our companies on SEDAR. Never make any investment decisions without consulting with your preferred qualified financial adviser.
This blog is for education purposes only: this is my Chronicles of the Energy rEvolution and geopolitical transition of our society into the post carbon world. We are making it happen with our very talented Team at International Lithium and TNR Gold. I like what our Team is doing now at International Lithium and putting my money where my mouth is.

Nobody knows the future and we will see whether all our efforts at International Lithium will materialise in the mutual respect with the market place. Please always consult your preferred qualified financial adviser before making any investment decisions. Hard work of the very talented Team at ILC and $2.5 Billon MC strategic partner from "The Centre of Lithium Universe" can do the miracles. And I am not talking about the share price here: @HedgehogTrader he does it the best - I am talking about the future when Lithium Technology will power our civilisation for the next 50 years. We are staking our place in this Electric Future with ILC. 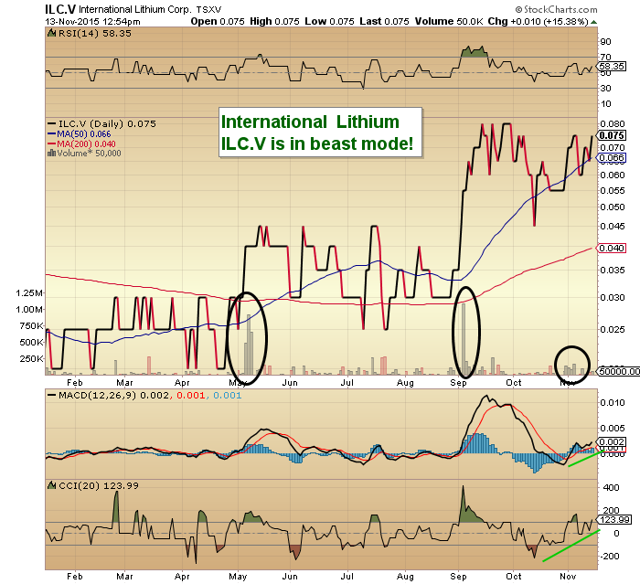 International Lithium - A Green Technology Metals Company Plugged In The rEVolution Of Energy. 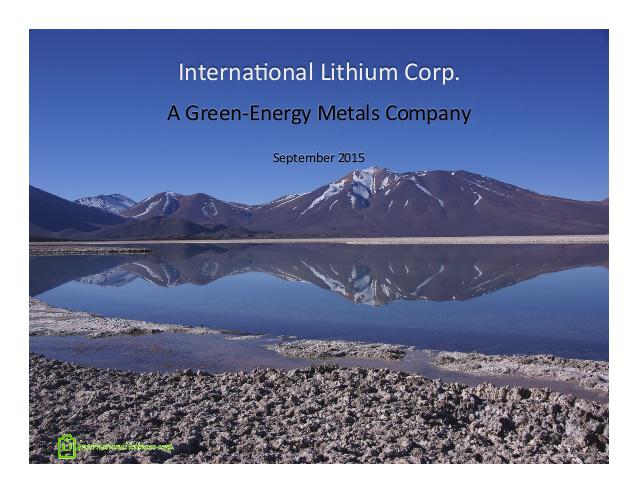 In 2012 WHO has reported about the Diesel Pollution As Cancer Risk, last week EU governments have pushed to DOUBLE toxic cancer hazard diesel emissions limits and postpone their implementation. Are we hitting the new low in Europe now, which will bring the total distrust and disrespect to all EU government institutions? All North American readers should watch Europe very closely now. Which shoe will drop next? The ugly truth is that it seems that nobody of auto-makers can comply with any toxic emissions standards under the real driving conditions.

Latest news from Volkswagen has just moved us from DieselGate to a full blown AutoGate: It is not only NOx cancer hazard diesel emissions, but CO2 as well. It is not only Diesel, but Petrol as well and it is not only Volkswagen … Just wait for the new revelations to come and watch how Electric Cars are taking over in the largest auto market in the world in China first and then spread like a wild fire all over the world. Who will benefit and who will fade into oblivion? You can make your own decisions with the facts presented on my blog. 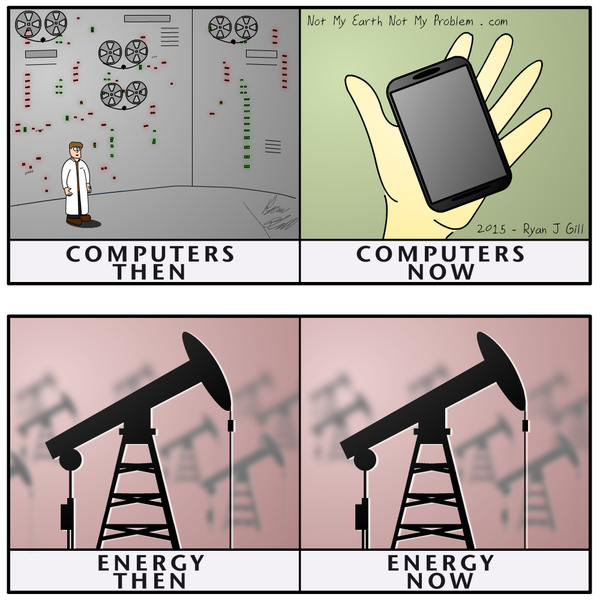 Joe Lowry has shared recently with us his insider's view into "The Opaque Lithium Kingdom." He expects the demand for lithium to jump 88% in the next five years. You can check his latest thoughts about "a full blown shortage situation" and Ganfeng's place among Lithium Majors now. We are just making this rEVolution happen at International Lithium with our strategic partner Ganfeng Lithium - $1.7 Billion market cap giant from China.

All our Team is working very hard to make the Green healthy future for your kids possible with the development of Clean Power and Lithium Technology at its foundation. Our CEO Gary Schellenberg has assembled unique and very deep technical team at ILC. You have already met our VP of Exploration John Harrop and our COO Anthony Kovacs. They are running the development of all our projects on the three continents and now two of them have become J/Vs and financed by the giant from China Ganfeng Lithium, which is Strategic Partner of International Lithium and is holding 17.5% stake in ILC. Read more."

The China-focussed consortium that bought bankrupt Swedish automaker Saab - and bet on going all electric - unveiled its first major deal on Thursday, a mammoth $12 billion (8 billion pounds) order for electric cars for a Chinese leasing company.

Those based on the Saab 9-3 compact sedan will have a new chassis for electric drive, with bodies built and painted in Sweden and sent to China for final assembly. No details were given about the other 100,000 but a company spokesman said they would primarily be built in China.

Nevs bought the assets of the bankrupt 70-year-old Swedish automaker in 2012 with the aim of transforming it into a leading global producer of electric cars. It exited corporate reorganisation procedures in April.

"This is a strategic collaboration for Nevs not only in terms of the numbers of vehicles, but it is also an important step to implement our vision and new business plan," Nevs Vice Chairman Stefan Tilk said in a statement.

"Cooperating with many chauffeured car service platforms in China, Panda aims to become one of the biggest electric vehicle leasing companies in the world," Nevs said of its customer.

Nevs, which was created in 2012, has so far sold only a limited number of gasoline-powered cars based on Saab's latest model. The deal is the first it has signed in line with its plans to go electric.

"It will be a huge challenge to produce that many cars. Their around 800 suppliers will make up a substantial part of that challenge," said Skovde University business administration professor Mikael Wickelgren.

Nevs said at the time of the purchase of Saab's assets that it would convert the Saab 9-3 to electric power, while simultaneously developing an all-new model to produce in Sweden for the European market and in China for the Chinese market.