Head and shoulder topping pattern on bonds is still in play as far as I'm concerned. Look no further than the RSI and you see negative divergence when it made it's last night in July and then new lows. This rally is probably close to being over as we form the right shoulder. 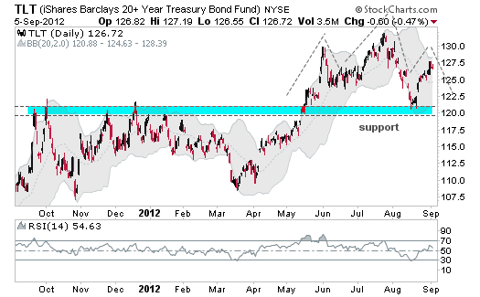 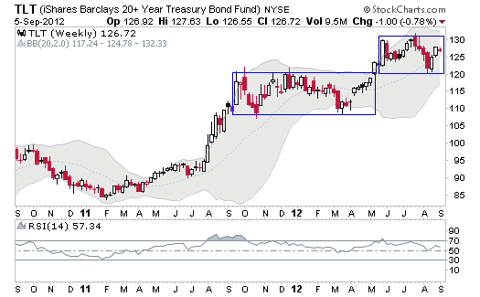 Weekly view - a little more positive but this current base is very short and those sort of bases are prone to fail. Until we take out the July highs I consider this a doomed chart. The RSI has been in a negative divergent pattern going back to the aug 2011 highs to the may 2012 highs and again during July 2012. Every new high has seen the RSI decline - not a good sign for the bulls. Disclosure - I am currently long TBT.