By Phil of Phil's Stock World

We were bearish last week (see Stock World Weekly for a summary of the week’s events and trade ideas for the week ahead) and, although the market didn’t seem to agree with us, we simply scaled in and rolled our short positions higher. As our weekend reviews show ($25K Portfolio and Income Portfolio) – we are leaning bearish until the market does a little more than fake some technical moves to impress the retail suckers.

Our Weekend Reading post hardly cheered us up. As noted in David Fry’s SPY chart for Friday, the gap down on the jobs numbers was genuine but the rest of the day’s action was fake, Fake, FAKE.

Now, as with the summer of 2010 – we are beginning to drift back to the lower end of our channel (our -2.5% lines) with the occasional run-ups on pretty much any QE3 rumor. I think that, unless we break BELOW our -5% marks, we’re not going to get a QE3 intervention any earlier than we did last year, which was at the September Fed meeting in Jackson Hole.

The problem is that, this time, we have already run-up in anticipation of QE3 – over and over again! But we are at the point of diminishing returns on QE programs so the Fed is going to have to come up with something bigger and better than just a plan to buy another Trillion in TBills to accommodate our brand-new $17Tn debt ceiling.

The EU has called emergency meetings to respond to yet another banking/credit crisis. The European rescue fund now in place does not have enough assets to cover Italy’s problems. The cost of insuring against default on Portuguese, Irish and Greek government debt rose to records. In a classic act of misdirection, Italy is ordering short sellers to disclose their positions, because after all, the entire European credit crisis was caused by analysts who identified over valued stocks. A whiff of desperation hangs over this diversionary action, reminiscent of similarly foolish attempts done in 2008 in the US.

Our $50.2Bn trade deficit for May was more than the $42.7Bn that economorons expected. They cannot grasp the concept that when oil is at $100, it tends to add to the trade deficit.

That's right, last May (2010), we imported 357M barrels of petroleum products and paid $27.7Bn for them but this May, we imported 350M barrels and paid $38.7Bn for them. If you pay MUCH MORE MONEY for the same stuff - THAT's INFLATION! On the bright side, China's FX reserves jumped yet another $153Bn in the quarter. It can be a long wait before China has to admit it has problems with its economy. The difference between China and the US is that we borrow money to buy things from them - a subtle but important distinction!

Of course a little inflation isn't stopping the unstoppable US consumer as ICSC Retail Store Sales are up 0.4% for the week and up 5.5% year over year. The strength in sales is attributed to demand for seasonal goods tied to hot weather and back-to-school sales but it seems a bit early for back-to-school so I'd have to say the truth is that they haven't got a clue why sales are picking up despite weakening Consumer Confidence.

June Retail sales were up 0.1% vs. down 0.1% expected, but it was unchanged ex-auto vs. 0.2% (revised down from 0.3%) last month. So last month's gain was overstated by 50% and this month Retail Sales are up 0.1% but prices are up 0.3% so - I'm not a "professional" economist but doesn't that mean that people bought 0.2% LESS stuff and the only reason we had a gain is because they had to pay more money on the things they didn't cut back on?

We’re also watching that budget debate in Congress but the process is a total joke. Per the NY Times:

On “Fox News Sunday,” the Senate Minority Leader Mitch McConnell of Kentucky said that he was “for the biggest deal possible, too, it’s just that we’re not going to raise taxes in the middle of this horrible economic situation.” 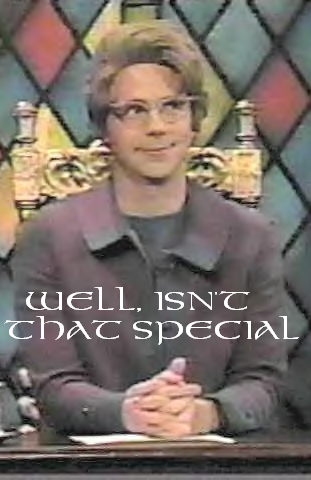 Yes, we are in a "horrible economic situation. Of that there can be no doubt.  But the horribleness of that situation is not being felt by a segment of the population — High Net Worth Individuals (HNWI) — whose numbers and net worth have swelled even over the past two years. Per the annual Capgemini/Merrill Lynch World Wealth Report:

Barry Ritholtz points out: "While the single biggest asset most of us own is our home (still deflating, unfortunately), the single biggest asset most HNWI own is their investment portfolio (S&P500 up almost 100 percent over the past two years); real wages for working stiffs barely budging while those in the C-suite party like it’s 1999 (or 2007). These folks — presumably the “job creators” about whom we hear so much on a regular basis — have seen their wealth rise by about 28% over the past two years."  That’s about $2.5Tn that’s been transferred from the bottom 99% to the top 1% in just 2 years and the Republicans are willing to let the whole country go down in flames to protect those gains – isn’t that special?

Just to be clear – in order for 3.4M American taxpayers to make $2.5Tn more in a flat economy, the other 106.6M taxpayers must make $22,452.16 less EACH. Now, if you happen to be bright enough to be in the top 20% (people earning over $60,000 a year) then you can probably figure out that most of that $22,452.16 PER TAXPAYER wasn’t taken from the bottom 80%, who barely have enough disposable income to buy a $8 burrito at Chipolte. That’s right, that money is being ripped out of the hands of the middle class and out of the profits of small businesses and being shoved into the vaults of the VERY privileged, VERY few.

Of course you only notice part of the theft – that’s the genius of the thing!  Sure you pay more for food, fuel, clothing, health care and education, but that doesn’t seem like the kind of thing you can just pin on the 3.4M people who own those businesses, can you? They are just innocent Capitalists making their profits at your expense. What you don’t see is that they are also being handed hundreds of billions of Dollars in loans and bail-outs and the debt for that infinite money creation is a bill that the bottom 93.6% haven’t gotten – YET.

What A Coincidence – Capital Forced into TBills

(Originally Treasury Tuesday – What A Coincidence – Capital Forced into TBills)

The Treasury had to sell $66Bn worth of notes this week and there was no POMO for the Fed to bid with. The US could have been really screwed but, luckily, the market crashed and everyone panicked - INTO TREASURIES! Isn't that convenient?

(Originally posted by Phil as Which Way Wednesday – Wherefore Art Thou QE3?)

A mere hint of QE3 does not change the cost of Italian debt, nor will it help our Treasury sell $21Bn worth of 10-year notes at 2.9% (what kind of idiot would trust our Government to give them back Dollars with less than 3% interest to guard against inflation?), nor will it employ people and we ABSOLUTELY know that QE3, if done like QE2, is going to drive gasoline back over $4 (retail) and food to unbearable prices.

Speaking of food – US ethanol refiners are now consuming MORE corn than livestock and poultry farmers for the first time, causing disastrous rises in the price of  food as 40 PERCENT (40%) of last year’s corn harvest (5Bn bushels!) was burned up as fuel.  Just to put this in perspective – only 10% of the entire US corn crop (1Bn Bushels) is consumed as food (think popcorn, corn syrup, corn flakes, corn starch, corn meal and, of course, corn on the cob, to get an idea of how much people eat!).

So, with 300M people in America on the "all the corn you can eat" plan consuming "just" 1Bn bushels (3.3 bushels per person), consider that if we DIDN’T put 5Bn bushels in our gas tank and burn it – we could feed another 1.5 BILLION people!  Ethanol has many issues but enough food to feed 1.5Bn people replaces just 15% of our gasoline consumption – getting people to inflate their tires properly would replace 10% by itself…

We have driven corn prices 90% higher than a year ago with 5Bn bushels of corn creating 13.7Bn gallons of gas. How much cheaper is ethanol than gasoline?  In Chicago trading yesterday, ethanol futures were 30 cents cheaper than gasoline futures and at 15% of a gallon of gas – that’s 4.5 cents a gallon saved (but it’s subsidized so we’re really paying for it in taxes anyway) but we pay $7 for a bushel of corn vs $3.75 last year.  Boy are we dumb-asses!

Of course we could only WISH that was the dumbest thing being done in America these days but PLEASE – we still have our Government – and we elect only the dumbest of asses. The goal of the Republican Congresspeople is to get The Bernank to say QE3 as often as possible because their Bankster constituents want MORE FREE MONEY.  The goal of the Democratic Congresspeople is to get The Bernnak to say that you can’t balance a budget without raising taxes or, failing that, to say that cutting Government spending does not create jobs.  The goal of Ron Paul is to launch his 2012 Presidential campaign so let’s look forward to another exciting episode of "When Ron Paul Attacks".

Senate Republicans weaseled out of accepting Obama’s challenge to match one Dollar of tax cuts to $3 of spending cuts – proving they are not in the least bit serious about cutting the deficit – as they unexpectedly proposed that President Obama be given new powers allowing him to request an increase of up to $2.5T in the debt limit as long as he simultaneously suggested spending cuts of greater size.  Notably, legislative technicalities mean the debt limit increase would be a shoe-in with no guarantee the spending cuts would ever face a final vote.

This is, of course, a trick because it means a Republican President could spend another $6Tn (Bush still holds the record!) that we don’t have on bombs, tax cuts and oil subsidies while SIMULTANEOUSLY gutting Social Security, Medicare, School Lunches, Public Transportation and of course all the budgets for our regulatory agencies to keep them away from Big Business as they ship another 20M jobs overseas.  If you care, this is one you should really write to your Congressperson (this post can be Emailed or Twittered or FaceBooked below) about as this plan is PURE EVIL!!!