Note: I and others entered into a securities transaction with Provectus in March 2017. Please see my blog's Disclosures page and/or refer Provectus' Securities and Exchange Commission filings for further, future disclosures {Added 3/27/17}. ---- Entrepreneurship through corporate development and investment management. Board and advisory roles, portfolio management, private equity, trading, senior and start-up company management, and venture capital. Aerospace & defense, biotechnology, financial services, gaming, healthcare, nanotechnology, private wealth management. It's only work if somebody makes you do it (Calvin) Dominic Rodrigues

Regular readers of this blog know of my belief that Pfizer ultimately will be the end-game acquirer of Provectus. I have long held, even before I began writing this blog in November 2012, that Pfizer is the most natural and logical of the Big Pharma to acquire the company. It's not a given by any stretch, but I think Pfizer is the leading candidate and then some at this point in time.

Thus far, the two public Pfizer data points are a joint patent application filed by Provectus and Pfizer in March 2012, and the addition of Pfizer's Dr. Eagle added to Provectus' corporate advisory board in August 2011. There are several other data points one can learn about while doing due diligence on the company.

It appears, the latest datapoint has been staring me in the face for a little while.

We know Provectus is currently interacting with potential partners for regional licensure in China, India and Japan, according to recent Craig's Noble presentation. I have written about a China deal somewhat ad nauseam.

Moffitt has to educate the global oncology community about PV-10's clinical relevance. Provectus has to obtain the SPA. And, the company has to get valuation way up through, for example, a sizable regional license deal like in China. From there, and with interim MM Phase 3 trial data, enough boxes may be checked for Pfizer (or another Big Pharma company) to take Provectus out.

If I am Pfizer (Dr. Eagle) and want to keep a close tab on the company, or just keep the company close, I steer them to a friendly in China rather than let Provectus partner up with a Chinese pharma company with whom I have no relationship or that has a relationship with one of my Western competitor. Just saying...

Who are Pfizer's partners in China? Which one of them is the potential or a more likely prospective Chinese strategic partner?

A. Sinopharm Group? Pfizer and Sinopharm appear to have begun collaborating in 2012.

C. Zhejiang Hisun Pharmaceutical? The Pfizer-Hisun relationship may have begun as early as 2010. In early 2012, Pfizer and Hisun announced progress on a potential joint venture ("JV") between the two companies. In late 2012, Pfizer and Hisun announced the launch of the JV. Pfizer indicated the JV also would include "medicines to China to address the country's unmet healthcare needs."

Follow the money; that is, the relationship into which Pfizer put more money. Shanghai or Hisun? Investment or working relationship or both? The most invested and substantive relationship Pfizer has in China appears to be with Hisun. If I think Pfizer ultimately will acquire the company, it seems to me consistent to then think Hisun could (will?) be a (the?) potential pharma partner for Provectus in China. 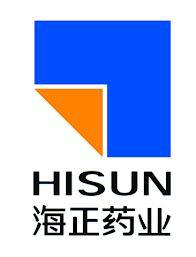 Now, if the partner is Hisun-Pfizer Pharmaceuticals Co., the JV...well, that's a more interesting data point.

Disclosure: I am long OTC:PVCT.