Dr. Kris has two degrees from MIT because one just wasn't enough. Her life goal was to figure out the universe and having done that (at least to her satisfaction), she decided to tackle something even more difficult—the stock market. Applying the scientific method along with an insatiably curious mind, she began trading stocks, futures, and options in order to find the holy grail to market success. She's discovered to her immense satisfaction that not only is there one way to succeed but many. Combining her love of cooking with the stock market, she's devised recipes for investment success designed to please the palate of most investors. Dr. Kris currently manages a private equity long/short portfolio and writes of her current research projects that appear on her website, StockMarketCookBook.com. Her most exciting project is applying market timing models to Modern Portfolio Theory to not only give greater returns but at substantially lower levels of risk. (See PortfolioPreserver.com for further information.) 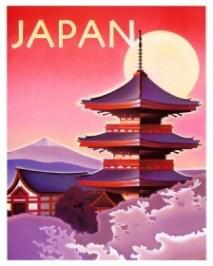 3:30 pm ET: Market action today was dismal with everything--stocks as well as commodities--trading in the red. The only patches of green were seen in the safe haven vehicles, e.g. Treasuries and the greenback (UUP). With an hour to go before the close, the SPX is sitting right on its 40dma, our line in the sand between Buy and Sell. A break below this level would be a sign that the bears are back in the driver's seat. The fact that the VIX jumped over 20 today is another indication of increasing bearishness. Right now, Congressional leaders are meeting at the White House and if a budget deal doesn't get done by New Year's Eve, then I'm afraid we could see a major sell-off late in the day on Monday or for sure on Wednesday. Some think the fiscal cliff is already priced into the market; I think that some of it might be but don't think all of it is.

So, what's an investor to do? For safety's sake, I recommend raising cash and staying there until a budget agreement is reached. Should the market tank, then you'll have the money to pick up great stocks at reduced prices as markets typically over-react to major news. But if you're itching to park your money some where, I would suggest looking overseas to developing countries with great growth prospects. One new bright spot is Japan where the newly elected government is committed to pull the country out of its decades long economic slump by providing stimulus for businesses. I don't have any great suggestions for you at the moment, although there's nothing wrong with taking a look at Toyota (Tm) which just popped up to a new yearly high. Should you want to buy the stock at its current level ($92), please note that it faces major resistance at $94. I would wait for a break above that before entering into a long position. (Options players may wish to sell a cash-secured put as a mechanism for entry.)

That's about it for now. Enjoy your weekend!

Trade of the Day Update: BCDS
In yesterday's blog, we recommended buying BCD Semiconductor (OTC:BCDS) for an arbitrage capture. (Diodes (DIOD) is offering $8 per share in an all cash deal.) The stock closed at $7.35 and is now trading at $7.55. This is a very nice one day move but I'm hanging in there until the stock gets close to $8. There's still time to take advantage of this deal. If you can pick the stock up at its current price, your return on investment (ROI) would be 6% for a three to four month expected holding period--still a nice gain!

Note to Subscribers: There are no new entries.