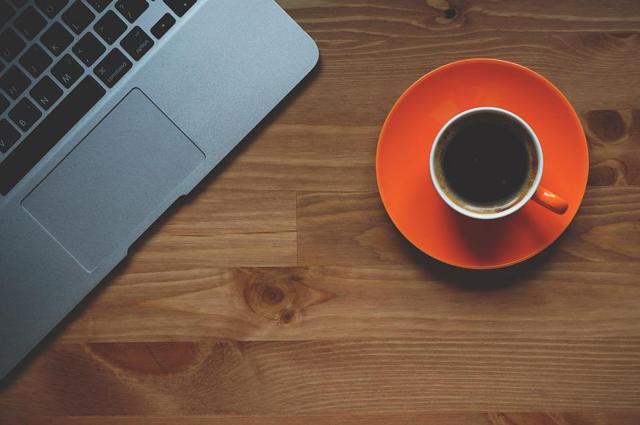 Your impatience is the worst enemy to your portfolio. Sometimes the best thing you can do is go for a vacation, a walk or a coffee break while your management teams execute!

SecretCaps Member Gurinder submitted his Research Report on RYU Apparel, its worth a read!

RYU Apparel - Is It Time To Change Into This Company?

We sold BVX on an intra-day spike and only took a small loss on the position. Sometimes your ideas don't pan out and its better to admit it and move on, that's what we are doing here.

Our thesis was based on the contract pushing shares higher, although shares did not budge enough on the announcement since we now believe it was already baked in.

Ivrnet's SMS technology solutions are hitting the market hard! It is worth noting that the company updates investors on their blog and does not press release news events often.

Transit authorities in BC (Translink), Alberta (Calgary Transit), and Ontario (Grand River Transit) utilized the Ivrnet-powered NEXTEXT system to serve a combined 1.4 million messages to their ridership between May 5th and May 19th. This message helped the Canadian Red Cross' Fort McMurray donation campaign achieve approximately 40% of all donations through SMS

The company again saw its SMS service help the Red Cross tremendously with:

Our partners at Calgary Transit, Translink Vancouver, and Grand River Transit in Kitchener-Waterloo have graciously donated their unused ad space on NEXTEXT to spread the word about the Red Cross text-to-donate campaign.

More than 88,000 residents had to leave their homes in and around the Fort McMurray area, sending evacuees to nearby communities for aid and shelter.

Because of this widespread disaster, TransLink in partnership with NEXTTEXT is providing donation opportunities for anyone who texts "33333" for the next two weeks to donate $5 to the Red Cross relief efforts for Fort McMurray.

It is excellent to see Ivrnet's solution hitting the marketplace hard. We expect to see continued updates from the company. Our original blog post can be viewed here.

Following their Q1 results, we expect AtmanCo to release news in the near term on the potential raise. This is the arbitrage opportunity we described in our original post.

Marathon continues to initiate new litigations. A few days ago, word came out that one of their subsidiaries has started an injunction against Yahoo!. It' up to the judge to affirm the enforcement. If so, Yahoo! might settle soon.

Interestingly, we noticed that many patent stocks long left for dead have bounced big time this year.

Our breaking story on BeWhere goes mainstream. Now talkmarkets.com has published our piece:

Expect an official press release coming up too!

Earnings are so-so to be honest, with no market reaction whatsoever. Nevertheless, we think RSI will be acquired later this year.

Seeking Alpha published our update article on Direct Insite, after PRO members saw the update way before we made it public.

SharpSpring to present at the LD Micro Conference. With the marketing automation market heating up, (such as Marketo attracting buyout attention) we see SHSP getting acquired as their endgame. We are unsure of the timeline, but if not the company is executing very aggressively in the interim.

SilverSun announced that the CEO of SWK, their subsidiary resigned. While there may be some overlap, Mark Meller, CEO of SilverSun, Should be able to handle the position and then the salary should help the bottom line for the company (they dont have to pay the resigned CEO). It will take time to see if this is the case, or if having another CEO for SWK was necessary for sales.

Research solutions expanded its presence in South Africa this week, a very telling growth sign for the company.

"Research Solutions is pleased to partner with WWIS in bringing our market-leading research retrieval services to academic libraries in South Africa, supplementing their library subscriptions with on-demand content delivery," said Peter Derycz, President and CEO of Research Solutions. "WWIS is well positioned to support us as a result of their strong network and knowledge of the local market." - Source

Check out our latest articles:

Crossroads released results. We exited at $2.96 months ago at an impressive gain. We have no intentions of re-entering now.

We are continuing to look into Determine, which was ranked a top 50 company by spend matters recently.

We are also looking into Axios Mobile, Diagnos, Fireswirl and ParcelPay.

Want to share your hard work and get exposure for yourself and your content? Watch this video now! See the exposure you can achieve!

View all of our educational content in one easy place , all of which is posted publicly on a delayed basis

View all of our latest plays in one easy place!

Lesson Of The Week:

How much in transactions costs are you paying? Shop for the cheapest broker, the differences can be big, depending on how many trades you do per year.

Holdings Not Listed In Our Portfolio:Memex (OEE.V), UrbanImmersive (UI.V), AcuityAds (AT.V), Spectra Inc (SSA.V), Ivrnet (IVI.V), RSI International Systems (RSY.V), AtmanCo (ATW.V), BeWhere Holdings (BEW.V or BEWT)Submit A MicroCap Blog PostTake full advantage of SecretCaps and submit a blog post on a company you are invested in. It will go on the homepage, help you build a track record and a following and get exposure for your idea!

You don't have to be a PRO, submit a post today and we will work with you to make it work for our homepage!

Following our successful MicroCap screening video , we are interested in doing another video lesson and are trying to pinpoint a topic. Have any ideas? share them below!

Disclosure: This content is strictly informational and educational. Do not invest or trade based upon this content. Always contact a financial professional before executing any trades or investments.

This Post Was Release First To PRO ReadersAre you a company or IR firm looking for research or exposure? Email Tom@SecretCaps.com TodayPRO COMMENTS: (Comments and questions asked by our PRO readers:)
Follow Tom Shaughnessy and get email alerts