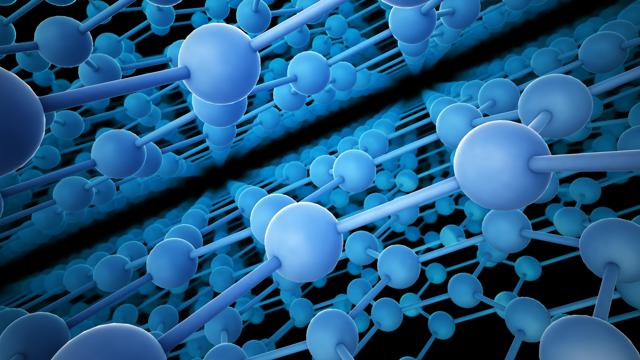 Imagine what you could do with something which was stronger than steel and lighter than wood. Or a material which let you 3D print electronic circuits. Or make an ultra-thin film which was completely transparent, conductive and water-repellent.

Graphene 3D Lab's (OTCQB:GPHBF) Advanced Materials division is working with nano scale graphene and other one dimension materials to literally invent the future. Combining atom thick materials with advanced 3D printing techniques and sophisticated mixing solutions which allow properties of graphene and other one dimensional materials to be transferred to existing materials, Graphene Lab is embedded in the advanced materials revolution.

The advanced materials revolution is driven by recent advances of nanotechnology and additive manufacturing (aka 3D printing). Advances in nanotechnology lead to the discovery of graphene, a fascinating nanomaterial that holds many records for being the strongest material in the world with the highest electrical and thermal conductivity.

Additive manufacturing provides a completely new dimension in advanced material development allowing the creation of materials with a precise mathematically calculated structures. The structure can define the properties of the materials: by combining soft and hard materials one can control the hardness of the material. Learning exactly how to combine these materials is a significant part of Graphene 3D Lab's intellectual property.

Due to the Company's proprietary technology, these new materials can remarkably hold up to 3,500%-8,000% of their own weight of organic solvents and oils, all while being unaffected by water. This attribute could be vital in minimizing the damage caused by oil spills, which in past incidents such as the 1989 Exxon Valdez and the 2010 BP Deepwater Horizon have proven to be detrimental from an ecological, social and economical standpoint. (link)

Graphene can also be used for making self-healing materials. Materials degrade when being used. Self-healing materials can repair the damage when they are exposed to radiation or electric current in the same way as living species can heal a wound or repair fractured bones. These materials could be used for making the paint for the car that can repair the scratches and revive the original, shiny, appearance.

Creating materials which are different in kind from the materials found in nature sounds like science fiction. Imagining a material 200 times as strong as steel and completely transparent is not a "better steel"; rather it is a completely new thing. Or a material which is built so as to reflect or refract light creating color without dyes is a different thing from simply dying something the color you need. These sorts of advanced materials have capacities which will - and already are - changing and extending the range of things humans can make.

Critically, while there are huge strides being made in pure advanced materials technologies, there are thousands of products and processes which are essentially hybrids. Adding graphene nano platelets to polymers can change the strength, conductivity and thermal conductivity of those polymers.

Two dimensional materials, essentially materials which are one atom thick, can be made and then engineered into structures such as films or paints or inks which embody some of the characteristics of those materials.

For example, Graphene 3D Lab makes a 3D printing filament which has graphene nano platelets as part of its structure. The result is a 3D printing medium which is many times stronger than an ordinary polymer filament. Plus, by infusing the polymer with graphene, both its electrical conductivity and its thermal capacities are improved. The Graphene 3D material is available for purchase right now.

Want an invisibility cloak? You will have to wait a bit longer, but advanced materials science is working towards technologies which will control light in remarkable ways. Building nano scale materials which can reflect or bend light to order is already a reality at a lab bench scale. There are several approaches in play. Heating carbon nano tubes to create an artificial mirage is one promising avenue. Another involves making materials which are smaller than the wavelengths of visible light and structuring them in a way which will bend light around an object rather like a rock forces the water in a stream to go around it.

At a more practical level, creating ultra-thin films using graphene or other two dimensional materials allows technologists to impart useful properties to more conventional materials. For example, graphene repels water very effectively. Films or clear paints applied to the glass which clads skyscrapers would mean that glass would not need cleaning. A similar application, but this time in marine paint, would reduce the corrosion and fouling which reduces a ship's efficiency.

Advanced materials technologies are creating products which would be impossible using conventional materials. Textiles which will not stain, polymers which can conduct electricity, room temperature superconductors - there are tens of thousands of applications where advanced materials show great promise in changing the way we understand what can be done.

The history of materials science tells us that when a new class of materials, a new set of tools, is introduced it can take decades for its revolutionary aspects to fully play out. Bakelite was first invented in 1907, synthetic polymers were developed in the 1920s and 1930's but it was not until the 1950's that "plastic" in all its many forms became a staple industrial material throughout the world.

Advanced materials on the one hand, are very much where Bakelite was in 1907 - technology which was only gradually being understood and applied. However, unlike 1907, advanced materials technology benefits from a worldwide research and development capacity, huge advances in scientific and engineering technique, and modern computing and communications technology. The knowledge which drives the advanced materials revolution is disseminated quickly. New applications can find markets literally overnight. Rather than decades, advanced materials are set to change the world in a matter of years.

This means we can anticipate nanoscale and smart materials becoming part of our everyday life in the near future, just as happened with plastics in the past. Graphene 3D Lab is positioning its Advanced Materials division to be at the forefront of the commercialization of advanced materials.