Yes .... "There are none so blind as those who cannot SEE"

Mark McMurtrie: [True Dave,] "Anyone who wishes to stand under the Sovereign Union Government and wait till they see the light are welcome to do so.....

.....how-ever, given how closely aligned they are to the crown (as can be seen from the Crown's Federal AB-Original Affairs minister congratulating them on a job well done for last weeks mess at Alice) it may be some time - if ever - that they get free from the Crown and its' behind the scenes agents." [December 8 at 4:00 pm]

Mark McMurtrie has 20 years experience in uncovering the fraud of the Crowns' claim to Sovereignty or dominion over the land and Tribes of this continent. Mark has a broad and in depth knowledge of how the parliaments of the UK and Australia have fraudulently tried to claim ownership over Tribal lands and people ....... and has been instrumental in exposing the actions of the Crown Corporations' enslaving of Australians without Australians even knowing by using legal processes such as Capitus Dominutio Maxima

< "Heed the words of this fascinating and colourful (to put it mildly) character with an IQ of 160 and a "photographic" memory for learning law."

"I am Kokatha and Tharawal, not 'Australian.' My parents' Tribes have never ceded our Sovereignty to the Crown nor any other entity, corporate or otherwise.

I am fighting for the Sovereignty of the Tribes to be not only acknowledged but respected and taken into account as it properly should be.

I am a father and grandfather, and am fighting this fight not only for my own people to be free, but so that everyone living here can be."

Mark McMurtrie, the public face of the Original Sovereign Tribal Federation, has addressed the UN in person regarding the sovereignty of the original tribes of the landmass that has since been dubbed "Australia." >

The sovereign power in a monarchy, especially in relation to the punishment of crimes. "Felony is an offense of the crown." Finch, Law, b. 1, c. 16. An ornamental badge of regal power worn on the head by sovereign princes. The word is frequently used when speaking of the sovereign himself, or the rights, duties, and prerogatives belonging to him.

Mark McMurtrie ...20 years in Law and doesn't yet know there is no corporate crown?

The reply: Begging them to be heard, Mark?

The (your so called) "crown" you talk of to the "Tribes", is not Law Mark.

Yes, it's like water of a duck's back. One minute he talks "lore", the next it's Acts and Statutes and when confronted with Law, he shits himself!!

And I am a little "concerned" about you Mark and as to exactly where you have "positioned" yourself, in life. Yes, I am. :(

Twice now you have played the "racist" card on me. Not nice.

Still don't know where and on whose head that "crown" sits over in Rome, Mark? On the head of the Law-maker himself?

The Queen? You never stop telling the "Tribes" that she is the "crown", don't you? Why Mark? For you to deceive them? 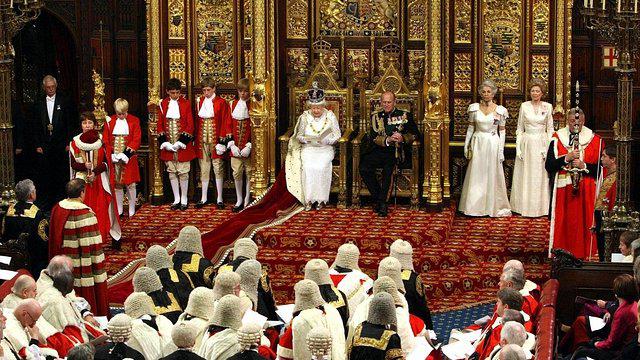 British parliament and the 'crown' will cease to exist when The Lisbon Treaty comes in to full effect on 1st November 2014, power will no longer reside in Westminster, but in Brussels.

And Mark ... you always "talk" Acts, Statutes and Legislation as if it were Law? Your law, Mark? (Just wondering.)

You (after 20 years of studying "Law" - one PR sheet says 30 years), you never did quite learn what Law was about Mark, did you?

And just who it is that the Judges/Justice answer to, at Law?

That there IS a Rule of Law? And that even the highest profile men/women in the world answer to it, when called to do so?

You may find this hard to believe when considering that Obama who is the CEO of the 193 odd 'states' of the UNITED STATES' corporation of, the UNITED NATIONS' corporation- must also answer to the Law.

Yet, it's clear or, should be that even Obama either answers to or, is expected to answer to, the Law. (Rule of Law?)

Another question to you Mark: Who has the "power", at Law?

"I would like to have from you by noon on Thursday a letter stating what is the position of the Attorney General and the Department of Justice, in regard to the recent statements by the President stating specifically and in detail in reference to those statements what the authority is of the federal courts in this regard in terms of judicial review.

That letter needs to be at least three pages single spaced, no less, and it needs to be specific.

[And] It needs to make specific reference to the President's statements and again to the position of the Attorney General and the Department of Justice."

[Just in case you missed it.] Great story: tinyurl.com/7pzvpt3

Let me help you and the "Tribes", Mark?

< I feel bound to stress the close bond between these two words: "dignity" and "transcendent". >

< "What dignity can there be without a clear juridical framework which limits the rule of force and enables the rule of law to prevail over the power of tyranny?">

< "Promoting the dignity of the person means recognizing that he or she possesses inalienable rights which no one may take away arbitrarily, much less for the sake of economic interests." >

Just whose "side" are you on, Mark? Are you not ...'running with hare and hunting with the hounds'?

"It is alarming that Mark McMurtrie and his Original Sovereign Tribal Federation is traveling throughout the country denouncing the Interim Sovereign Union, National Unity Government movement."

< "Another move by Mark McMurtrie in the past 8 years has been somewhat deceitful in that he went to central Australia and got himself initiated into the Walpiri law in order to gain a tribal name and association. Having achieved this, he now argues that he has the authority of the ancient lore/law of the Aboriginal people which permits him to represent the elders of the law." - Michael Anderson
****************

(Jumping on the band-waggon, Mark?)

"My parents' Tribes"? What "Tribes" are your parents from, Mark?

Were both your Mother and Father Walpiri people?

Were you born in a hospital, Mark? If so, which one? Where?

Why have you (and, only today) and it appears you have done so purposely - swung the Facebook "conversation" away from the general "discussion"?

You have maliciously named me as being a "pedo" on Facebook, didn't you?

Mark ..... Why this LIE? When will your apology be forthcoming?

Today you have maligned a very prominent activist also (Michael Anderson), and I am wondering why, Mark? Were my "crown" questions to you yesterday too much for you? Have you only just become "aware" of EXACTLY where the "crown" (itself), sits?

*****
Mark McMurtrie: "he has been reposting the spray that Michael Anderson did on me a couple of years ago where he takes the piss out of me for (amongst other things) outing pedophiles.......

I don't know why Anderson would be down on me for outing the pedos, that is interesting in its' own right.....but for some reason this Ross dip shit is trying to use that to take the piss out of me.

Mark McMurtrie: "Barry - ask him why he was using Andersons' story about me outing the pedos to try and take the piss......"
10 hrs · Like
*****
Mark ...where in any of the "conversation" yesterday did I make any reference whatsoever to your "outing pedophiles....', as mentioned within the linked (Michael Anderson), true story on you?

You in fact, made yet another mention when interjecting on a 2nd thread. No? You were then removed from the group.

Mark McMurtrie:"I wouldn't rely on anything a pedo says..eh Ross."

Did you rebutt any of Michael's assertions, Mark? Did you sue him? I mean, you are a "regular" at that (sue-ing people), aren't you?

Ross Bradley .
He [Mark] has had a long history of not getting along with his fellow man. (It seems.)

........ In 2002, he [Mark] sued the Aboriginal and Torres Strait Islander Commission for $33 million in damages after losing out on a business grant worth $35,000. His four-year suit was unsuccessful. In 2007, he sued a former friend over money and property,losing again."

[Should be called, Sue McMurtrie?]

Mark's best mate (it appears) is a chauvinist in "Peter-Andrew: Nolan©", a men's rights activist who encourages men to fight rape charges with sovereign citizen tactics ..... and bans women from reproducing his name without written permission in red ink.

On his website Crimes Against Fathers, Nolan ranks McMurtrie among the "Great Australian Heros [sic]".

For you Mark, it's always only been about MONEY, it would seem?

I do not expect ANY white-man's government to hand over money for nothing, BUT - they SHOULD pay the rent (including back-rent), pay for the natural resources stolen from my Tribes lands, and ASK before they undertake any more trading of OUR heritage, lands, people or law.

BTW - you would be welcome to stay if you could be so kind as to pay your way."

You called me a racist, Mark? (Twice.) 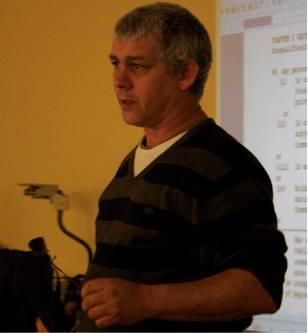 Chris Heinjus: "There is nothing worse than an evil person who uses a false allegation such as paedophillia etc.

I am offended deeply for Ross Bradley whom I know so well as a decent and caring human being. A man who cares so much about the world and its future generations that he has devoted his time and effort to studying some of the great deceptions of mankind and is actually DOING something about it-Not just talking about it.

I see many who knock Ross for his 'eccentricities' (I feel that's a good word to describe you Rossco-as you are NOT the norm...You are exceptional and dedicated passionately to a worthy cause-a cause that is aiming to uncover and right justice.) I understand that some may be frustrated when Ross says "Do some research" or "Didn't you read the thread" etc... Sometimes Ross (no offence meant here) that you are streets ahead of others but sometimes don't quite realise it, or perhaps you are just so frustrated that others haven't yet caught up?)

I often have a brain meltdown when reading all about the subjects spoken about here. I know that Ross can speak volumes on the subject-to the point where I get lost in the maze of it all! I guess that a past stroke has taken its toll on some of my ability to comprehend a lot of what is said, but I STILL get the gist of it and I realise that we live in a very corrupted world...A world where things will get a whole lot worse before it gets better-BUT IT WILL...

Thank you to ALL who are fighting this battle and participating in the debate and discussions that I do read from time to time , not only from me , but from the generations to come, who may look back at you all one day and say things like "These folk made things better for the world" and "These people were some of the few who dared to speak up about injustice in the world and dared to do something about it!"

Having been falsely accused of things due to parental alienation, I understand just how hurtful and how immoral and unjust people can be to others.

I sincerely hope and pray that this group grows and remains on the whole, united and focused on what this is REALLY about-Not just trying to get out of paying a fine-but exposing a HUGE case of a corrupt system that is enslaving most people and turning their lives into a miserable existence.