"How to get out of paying fines, rego, fees and tolls"

For ALL Statute matters? Here's a great option? Unlose-able?

Elect to go to court on the matter - then simply challenge the jurisdiction of the Court?

Tell them in no uncertain terms - that you won't be attending court.

Certainly consider doing so if you fully comprehend that the corrupt "fiction of law" is now dead.

That it (the fraud "NAME game", that was once "powered" through the Roman cult) now, no longer exists, at Law.

It was shut down/killed off (lawfully - meaning, that it no longer has the/any "crown's backing"), at the end of February/March in 2013. (Benedict XVI/Francis.)

The Pope's Decree (Motu Proprio), has put the final nail, in it's coffin. For what now becomes a "flow-on" effect, it's only a matter of time.

Why is this so?

It's because a "maggot's caught" no longer has any jurisdiction over you or, I as a living man or, woman, that's why. It deals (only) in, the fiction.

< These challenges to the jurisdiction of the Court can be legally explained.

The very first step a court takes before a default of appearance case is to demonstrate that it has the legal authority to deliver a judgment.

If the jurisdiction of the Court cannot be found, the case will be terminated; therefore, there is no need for the non-appearing party to address the details of the claims brought against it by the other party. > 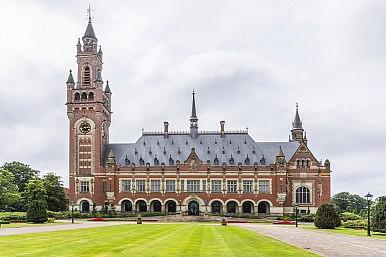 China's approach to international law is driving the US and ASEAN into a 'juridical alliance.'

By Truong-Minh Vu and Trang Pham

China's position paper published on December 7, 2014 is one of the rare documents in which Beijing officially expressed its opinions on the issues in the South China Sea as well as on the arbitration proceedings that the Philippines initiated at the Permanent Court of Arbitration in January 2013.