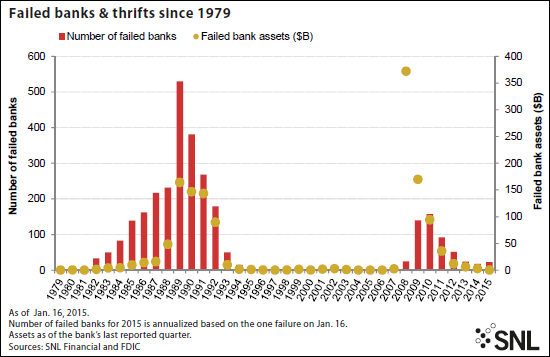 First National Bank of Crestview, which was shuttered by the OCC and placed into receivership Jan. 16, became the first FDIC-insured institution to fail in the U.S. in 2015. 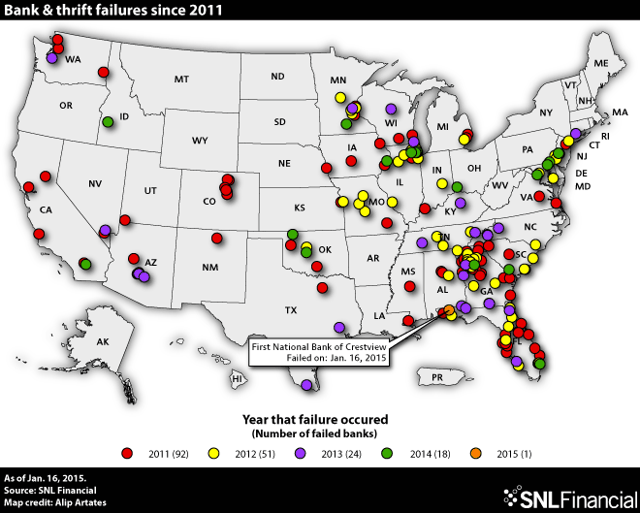 Established in 1956, First National Bank of Crestview operated three branches at the time of its failure. The bank was heavily invested in construction and development and commercial real estate, holding about 70% of its loan portfolio in these categories as of Sept. 30, 2014. At the end of the third quarter of 2014, 5.32% of First National Bank of Crestview's nonresidential construction loans were 30 or more days past due or nonaccruing, making up 27.83% of the bank's total past due and nonaccruing loans. 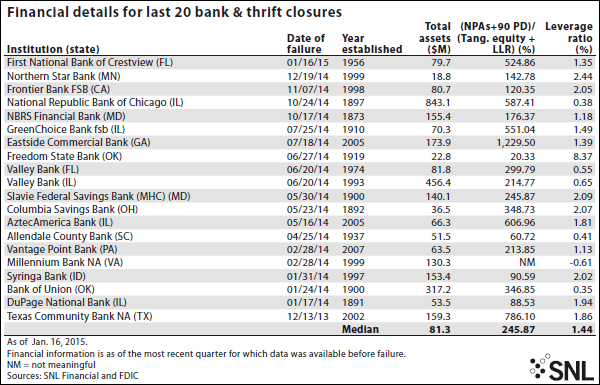 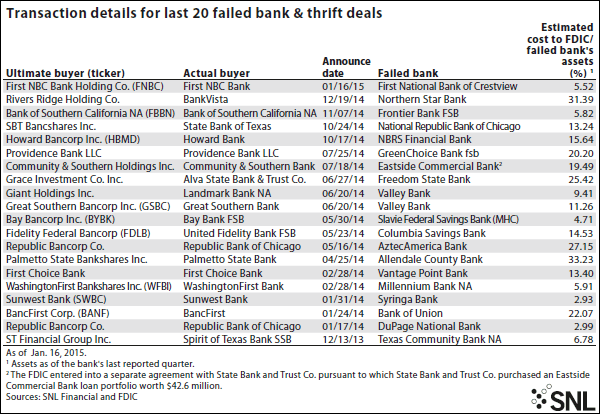