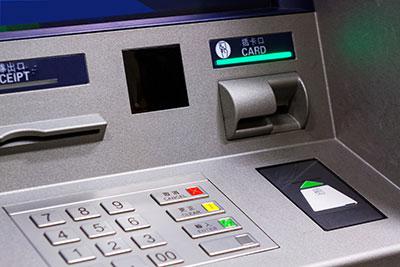 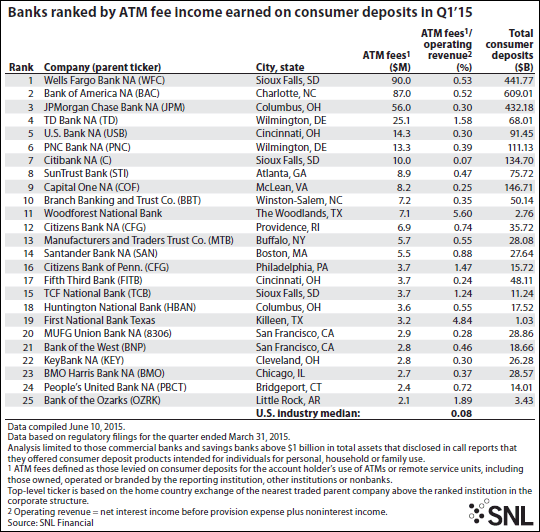 The two banks most reliant on ATM fees as a portion of operating revenue are two Texas banks: Temple-based Extraco Banks NA and The Woodlands-based Woodforest National Bank. 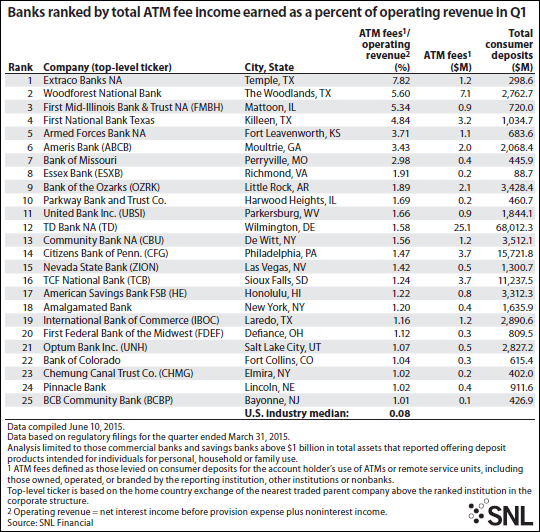 The public gained more insight into banks' reliance on ATM fees this year, as institutions began reporting the total amount of fees levied on customers for their use of ATMs.

The new ATM fee line item is one of three new types of consumer deposit service charges reported by banks in first-quarter call reports filed with banking regulators. Phase one of the new rules was implemented a year ago, when banks above $1 billion in assets began reporting whether they offered consumer deposit products, which are defined as deposits intended for individuals for personal, household, or family use. Commercial banks and savings banks above $1 billion who answered "Yes" to whether they offered consumer deposits also had to disclose the dollar amount outstanding of transaction and non-transaction consumer deposits at the end of each reporting period. Banks exclude CDs from the breakouts.