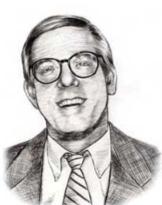 Bank Remains in Case.  But What is Disparate Impact?

Wells Fargo Bank is race neutral and, indeed, has many policies and procedures to advance its products to those less fortunate than us. I am confident that its mortgage loan underwriting is race neutral and it has never intentionally discriminated against any American. Even assuming those facts to be true, a race neutral policy can negatively affect one race more than another. These unintentional policies may have an adverse impact on certain races. Enter the judicially created doctrine of “disparate impact.” And yes, you can be sued for it. The facts follow.

Wells Fargo Bank has in place a lending program for inner city residents which has been blessed by the City under the Bank’s Fair Lending program. The goal was to provide more loans to inner city residents. And that’s exactly what Wells Fargo Bank did between 2004-2008. The Bank made twice as many subprime loans in Philadelphia to African American borrowers than to similarly situated white borrowers. When I was reading the opinion, I was struck that this sounded like a good thing.  But read on.

Based on Wells Fargo loan data, the subprime loan made to an African-American borrower was 4.147 times more likely to result in foreclosure than a regular loan made to a similarly situated white borrower. Thus, the City alleged and argued, that there were increased numbers of foreclosures in the inner city, which resulted in lower property values, loss of tax revenue, and blight.

Based on these facts, the City claimed that

1. The Bank provided loan officers discretion to place borrowers in more expensive and riskier loans than the borrowers qualified for;

2. The Bank provided loan officers discretion to sell lender credits without disclosing the true effect of the pricing of those credits (a lender credit are points charged to the borrower or commissions received from the mortgage lender);

4. The Bank incentivized loan officers to sell more expensive and riskier loans than borrowers qualified for;

5. The Bank required borrowers to agree to pay substantial prepayment penalties that prevent borrowers whose credit has improved from refinancing their loan;

6. The Bank charged excessive points and fees that are not associated with any increased benefits for the borrower; and

7. The Bank provided loan officers with information about loan pricing that is higher than the lowest price Wells Fargo could offer the borrower.

The Bank filed a motion to dismiss essentially claiming three things, a two year statute of limitation, no causation, and the fact that the seven items above were not policies of the Bank, but decisions made credit officers that had the discretion to make judgment calls. Thus, the Bank argued, the Bank did not have a race neutral policy, which adversely effected minorities. Yes, it reached out to minority borrowers to make loans available to those disadvantaged borrowers, but it was praised by the City for doing so, then chastised when those loans defaulted.

The City responded by saying three things. First, the borrowers that received the subprime loans could have qualified for a cheaper product, which made it more likely that those would go into foreclosure. Second, although there is a two year statute of limitations, the violations continued. Finally, the City argued that because they’ve alleged bad things, the court is required to assume they are true for purposes of a preliminary motion to dismiss.

The District Court denied the Bank’s motion to dismiss, basically holding that because it was alleged, it was true for this preliminary proceeding. The parties were free to engage in discovery and the Bank could renew its arguments in a summary judgment or at trial. City won, Bank lost.

What are the takeaways here?

• First, Be Aware of Disparate Impact. While most of the disparate impact cases are housing related, the concept has been applied to insurance and age discrimination. Seemingly race neutral policies may end up biting the company in the hind quarters.

• Second, No Good Deed Goes Unpunished. I was struck that the Bank did exactly what the City wanted the Bank to do in 2004, e.g., make more loans to minorities, and when circumstances beyond the Bank’s control make that decision not as attractive, the Bank was second guessed.

• Third, The Statute of Limitations May Save the Bank. Since the City sued in 2016, the policies and maybe the foreclosures had to occur after 2014. Of course, by 2014, most of the loans had already been made and the foreclosures had already occurred. If the court really imposes the two year statute, which seems to be the case, this may be a very minor claim. I think this case will settle, once the City realizes there is not a lot loans during the two year period.

The bottom line to this case is that banks are easy targets. If the bank is too conservative in its lending policies, it is criticized.  If it makes too many loans it is criticized. I don’t entirely understand the disparate impact line of cases and question the concept’s justification.

Tom McCurnin is a partner at Barton, Klugman & Oetting in Los Angeles, California.