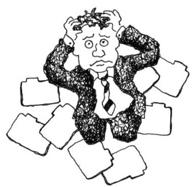 The first bank failure since March 30, 2012/the 17th this year/the first in New Jersey. At this time last year, 34 banks had failed.

Fort Lee Federal Savings Bank, FSB, Fort Lee, New Jersey, was closed with Alma Bank, Astoria, New York, to assume all of the deposits. The bank was formed on December 15,200 to specialize in "Consumer Lending." At the end of 2011 they had 11 full time employees. 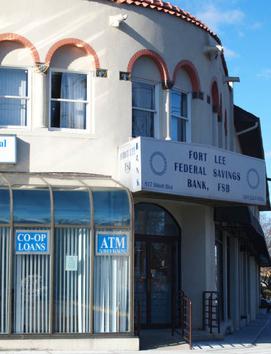 In the OTS granting the chart, the announcement stated: "Fort Lee Bank will be a full-service financial institution offering savings and credit products to homeowners and small businesses in northern and central New Jersey, with particular emphasis on the Greek American and other ethnic markets and communities in those geographic areas. (Dr.) Haralambos S. Kostakopoulos, (PhD) one of the organizers and chief executive officer of the new institution, has been credited by regulators with leading the financial rescue of First Savings Bank of Little Falls, N.J. Once revitalized, First Savings was then acquired by a commercial bank holding company in April 1999. Kostakopoulos also formerly headed a commercial bank in New York.
www.ots.treas.gov/_files/77056.html

Dr. Kostakopoulos bought his first bank, the First Savings Bank at the Little Falls of New Jersey. And later on he sold this bank and founded the Fort Lee Federal Savings Bank in 2000 with his spouse.
www.turkofamerica.com/index.php?option=c... 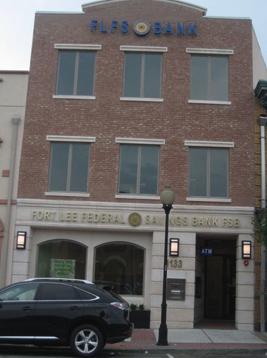 In answer to the FDIC cease and desist of October 6, 2010 (1), it appears the board of director was planning a second office in Clifton, New Jersey at the beginning of last year. An article in turkofamerica.com titled "A Bank Born Out of Turkish-Greek Love..." also stated the bank was preparing to transfer its first office to a new building they bought in Fort Lee.

Yasemin Koyunoglu, the only Turk owning a bank in the US, and her husband Dr. Haralambos (Bob) S. Kostakopoulos (1973 graduate of Pace University) opened the doors of their new center to the Turk Avenue. Decorating their new office with nearly sixty marbling art pieces selected from the collection of marbling artist Kubilay Dincer of Turkey, the Kostakopoulos couple designed their floors with Turkish rugs.

"Having started their endeavor with a moderate size bank in Fort Lee ten years ago, Kostakopoulos couple says that they owe their strength in the face of economic crisis and mortgage crises to a planned and conscious strategy.

"The co-president of the Fort Lee Federal Savings Bank Yasemin Koyunoglu Kostakopoulos says, "What is important is not the number of banks; how much business you do. We took our steps slowly but sustainably."
www.turkofamerica.com/index2.php?option=...

It appears what took the bank down was not the loans to individuals, which their charter had stated was their main purpose, but commercial/industrial loans that went sour. In addition, non-current loans had grown from almost $2 million in 2009 to $3.88 million in 2010 and $4.02 in 2011. Current numbers for 2012 were not available on line.

As of December 31, 2011, Fort Lee Federal Savings Bank, FSB had approximately $51.9 million in total assets and $50.7 million in total deposits. Alma Bank will pay the FDIC a premium of 1.85 percent to assume all of the deposits of Fort Lee Federal Savings Bank, FSB. In addition to assuming all of the deposits of the failed bank, Alma Bank agreed to purchase approximately $15.7 million of the failed bank's assets. The FDIC will retain the remaining assets for later disposition.

The FDIC estimates that the cost to the Deposit Insurance Fund (DIF) will be $14.0 million.