Marty Chilberg is a seasoned financial professional with over 30 years of C-Suite, board, consulting and advisory experience. He began his career as a certified public accountant (CPA). He moved to Silicon Valley in 1981 to begin his career in the software industry, working for Atari, Daisy Systems, Symantec and Visio. He took Symantec and Visio through their initial public offerings as their Chief Accounting Officer and Chief Financial Officer, respectively. The past ten years have been focused on emerging macro investing themes including Cloud and Genomic Medicines.

Gaming revenues are projected to grow 6% this year, with an estimated 2 billion gamers generating revenues over $100 billion.  This estimate may even be conservative given September digital games revenue growth of 15% to $8.3 billion.  The market mix for Mobile, Console and PC was estimated at 42%, 31% and 27% respectively. 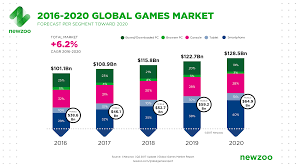 The emerging importance of broadcast gaming, eSports and the anticipated intersection of gaming with the streaming media cord-cutter market are worth watching.  SuperData Research estimates the eSports and Gaming Video Content markets at $700 million and $4.5 billion for 2017.

Gaming Video Content “GVC” is dominated by YouTube Gaming and Twitch.  Their impact can best be seen in the following graphic comparing audience size last year versus well-known media properties.  Alphabet and Amazon do not disclose gaming revenues, but it’s fair to assume that the lion’s share of advertising and subscription revenue is being captured by them.  SuperData Research statements regarding the GVC market are worth considering: 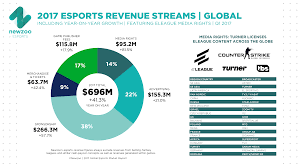 The Frightful 5 have 20-25% of the gaming market and are gaining share.

This group appears intent on controlling this increasingly important market, leveraging their platform and audience to compete in the streaming video market, which will be the focus of my next blog post.

Disclosure: I am/we are long MSFT.